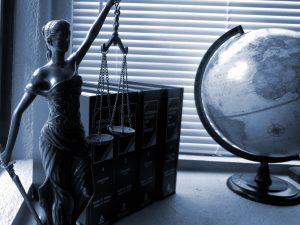 A California lawsuit – Charles Des Roches, et al. v. California Physicians’ Service, et al., – is the latest addition to a national strategy to get insurers to provide mental health treatment more readily, according to D. Brian Hufford, a New York-based partner at Zuckerman Spaeder LLP, one of the law firms representing the plaintiffs.

The suit, initially filed in the U.S. District Court for the Northern District of California by two parents who allege their teenage children were denied coverage under their employer-based plans despite mental and substance abuse problems, contends that Blue Shield and Magellan Health Services of California, which handles the insurer’s mental health claims, developed criteria that violate accepted professional standards and the terms of the health insurance plan. Furthermore, the suit alleges violations of the Employee Retirement Income Security Act, a federal law that regulates employee benefit plans.

According to the suit, patients would be authorized residential care only if less intensive treatment in the previous three months was unsuccessful. The “fail-first” approach is inconsistent with standards established by organizations such as the American Psychiatric Association or the American Society of Addiction Medicine. Now a federal district judge granted a request for class-action status, meaning that patients whose claims were rejected under similar circumstances may join as plaintiffs.

According to representatives for Blue Shield, the company disagrees with the allegations in the lawsuit and will defend the case vigorously. Read the whole story at Kaiser Health News.

McConnell Delays Recess
Senate Majority Leader Mitch McConnell announced a delay of the start of the August Senate recess until the third week in August. McConnell says the delay will  allow more time for his conference to complete work on health care reform and other tasks. While Republicans are still working through their plan to overhaul Obamacare, McConnell says there is plenty more work to do after that. In remarks on the Senate floor yesterday, McConnell called Obamacare “a direct attack on the middle class” and vowed that Republicans would find a better way for the American people. Days earlier, however, he reportedly surprised the Trump Administration by suggesting Republicans may need to work with Democrats to get anything accomplished on health care.

State’s Nurses Serious About Single Payer
The California Nurses Association grabbed headlines this week for coming on extremely strong in their defense of single payer healthcare in the state. In reaction to Assembly Speaker Anthony Rendon’s block of California’s single-payer healthcare bill, S.B. 562, from moving forward in the state Assembly, Cal Nurses Association Executive Director RoseAnn DeMoro tweeted out a picture of California’s grizzly bear being stabbed in the back with a knife labeled “Rendon.” The Nurses Association has a long and passionate history of advocating for single payer or Medicare for all.

California Insurance Commissioner Too Green? Too bad.
Oklahoma Attorney General Mike Hunter announced that he and 11 other state attorneys general, plus one governor, have authored a letter to California Insurance Commissioner David Jones seeking a cease and desist from requiring insurance companies to publicly disclose fossil fuel investments and urging companies to “pledge” to divest from the coal industry. Hunter and others are threatening a lawsuit. In a statement, Jones says he remains undeterred by the threats of oil and coal state. “While politicians in coal, gas, and oil states continue to deny the existence of climate change, California has concluded based on overwhelming scientific evidence that climate change is real. The threats of lawsuits by 12 red state attorneys general and one governor are not going to stop me from doing my job as insurance commissioner to make sure that insurance companies are recognizing potential financial risks associated with climate change.”