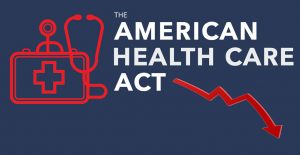 Middle Class a State of Mind
Findings from Northwestern Mutual’s 2017 Planning & Progress Study  conclude that seven in 10 Americans aged 18+ consider themselves part of the middle class. According to government data by the Pew Research Center, however, the true number of middle class Americans includes only 50 percent of the population, down from 61 percent in 1971.

Researchers say the key to the discrepancy is in how Americans perceive what it means to be part of the middle class.  According to the Northwestern Mutual study:

“This research clearly shows that those who consider themselves part of the middle class in America see beyond just income levels and identify with something greater,” said Rebekah Barsch, vice president of planning, Northwestern Mutual.  “When you dig into the attitudes and behaviors of the middle class, you find it’s an optimistic group with a strong sense of financial responsibility.”

New Study Asks Why People Don’t Buy Life Insurance
A recent survey from insuranceQuotes.com finds that 37 percent of adults do not have life insurance. Cost was the most commonly cited reason for not purchasing a policy (59 percent). But data also revealed that respondents still wouldn’t do so, even if money weren’t an issue.

The study found that most non-policy holders:

Those who don’t have a policy say they’d spend extra income on the following before buying affordable life insurance: purchase food/utilities (76%); put money in savings (71%); pay down debt such as car loan or student loan (67%); donate to a charity (49%). The full report—which includes additional data, tips and insights—is available here.