Emma got a phone call from a nice gentleman saying her cardiologist had ordered a cardiac genetic test kit for her. “Oh, well that’s a surprise,” she said. But the man assured her that her doctor wanted to screen for her risk of heart disease. As the caller said he had her doctor’s name and her Medicare number, Emma relaxed and remarked, “Well, this is mighty kind of my doctor.” The gentleman agreed, saying he was happy to send the kit her way, but needed her to “verify” her doctor’s name and her Medicare number to make sure he was indeed talking to the right Emma.

It seemed logical enough; Emma shared her information, and that was that.Fast forward a couple weeks and Emma received her genetic testing kit in the mail, spoke with someone who guided her step by step on how to complete it, and sent it back completed.

When reviewing her Medicare Summary Notice (MSN) a couple weeks later, a document Medicare sends out every three months that reviews any Medicare Part A and/or B covered services used, Emma noticed some excessively expensive charges related to genetic testing. The company billed Medicare $7,485.87 for the tests and Medicare paid $5,963.38!

Yet it wasn’t until the next day
when Emma attended one of our California Senior Medicare Patrol (SMP) presentations on Medicare fraud, that Emma knew she’d been scammed.

The presentation alerted seniors about rampant genetic testing fraud, and Emma reported it to SMP right away. Our team advised her about the importance of guarding her Medicare card, how she can prevent further fraudulent charges from being billed, and explained what we do with her case. California SMP assured Emma that her case was referred on to the Office of Inspector General and the Center for Medicare and Medicaid Services’ (CMS) San Francisco Regional Office for investigation.

This is just one of thousands of cases of genetic testing fraud happening around California and nationwide.

Last year alone, one in every four cases reported to our California Senior Medicare Patrol (SMP) was a genetic testing scam.

The tests are advertised as DNA screenings, cancer screenings, dementia and Parkinson’s screenings, pharmacogenetics (medication metabolization), heart disease screening, hereditary testing and more. The representatives/fraudsters go to senior centers, senior housing, health fairs, and even parking lots to convince people to let them take a cheek swab for testing. They advertise on TV and online via email, Facebook and Craigslist, to name a few. Sometimes they offer ice cream, pizza, or $100 gift cards. And other times they even claim to be calling from Medicare. They promise that the results will help recipients avoid diseases or find the right medications. All they ask for in return is the person’s Medicare number.

Does it sound too good to be true? That’s because it is. It’s a scam.

How much does genetic testing fraud cost?
This scam costs Medicare a massive amount of money, draining the system of funds needed to pay for people’s care. Medicare on average pays $6,000 to $9,000 for each of these tests, and sometimes as much as $25,000 for a single beneficiary, according to the Office of Inspector General at the Department of Health and Human Services. A few years ago, one 72 year-old Vietnam veteran even reported that $32,212.86 was billed to his Medicare supplement insurance plan! This was for a DNA test he was persuaded to get at an event at his local senior center.

With Medicare paying so much money for these tests, these companies often pay generous kickbacks to doctors who agree to order DNA tests for patients without ever treating them. The front-line recruiters who solicit the tests might work directly for a lab, or as independent contractors who divide revenue with a laboratory in exchange for bringing in extra business. And the money to be made is big.

One Florida doctor charged in federal court for his role in a fraud scheme to order DNA tests for patients in four different states confessed to being paid $5,000 per month to approve these tests. And this is without ever speaking to any of the patients involved.

Examples of fraudsters abound, as do the cases of victims to this fraud. One fellow, as reported in Kaiser Health News, was a 71-year-old retired police detective who had submitted a DNA test at a health fair. They were advertising “free” cancer screenings covered by Medicare, and as cancer had run in his family, he thought it would be good to get. Three weeks later, he saw the same people knocking on doors at his RV park and testing his wife, friends, and neighbors. As a retired detective, he was familiar with the costs of DNA tests, so was shocked when he checked his Medicare Summary Notice to see Medicare billed $10,410 for his tests! He also never received his results until he called and asked for a copy.

When the results arrived, they listed his results as “uncertain” and “a bunch of gobbledygook that makes no sense to anybody who’s not in the medical field,” he said. He reported this fraud.

Risks to beneficiaries
Not only does Medicare lose large amounts of funds to these scams, it is also dangerous for beneficiaries. Their DNA information is stolen, and their identity and medical identity is compromised. This can lead to their Medicare numbers being used to order services and items they never receive. This can mean that if (or when) a beneficiary does need a service or item, such as a wheelchair, if their account shows that Medicare already paid for one, they would be blocked from receiving the wheelchair they need.

Also, while Medicare usually foots the bill on these tests, sometimes it doesn’t and then the beneficiary gets stuck with an expensive $7,000 to $10,000 bill. One man in Southern California who reported his case of genetic testing fraud to our SMP, said when he got his kit in the mail, he remembered seeing and signing a slip of paper that said he agreed to pay for the test if Medicare denied it.

Another woman who called a company in response to an online ad for a genetic testing kit, now receives robocalls off the hook. While she didn’t give them her Medicare number, the scammers now have her cell phone number which they’ve shared with or sold to numerous third parties.

How to avoid genetic testing scams
With so much at stake in draining Medicare funds, compromising one’s medical identity, having stolen DNA information, having one’s Medicare number compromised and more, it’s important to avoid this scam. Here are some helpful tips to do just that:

The California SMP works to provide you, your clients and loved ones with the information they need to PROTECT themselves from Medicare fraud, errors, and abuse; DETECT potential fraud, errors and abuse; and REPORT their concerns. We educate and empower Medicare beneficiaries in the fight against healthcare fraud. Our SMP can help with questions, concerns, or complaints about potential fraud and abuse issues. We also provide information and educational presentations.

Contact us at 1-855-613-7080. Together we can help stop this genetic testing fraud and other Medicare fraud. 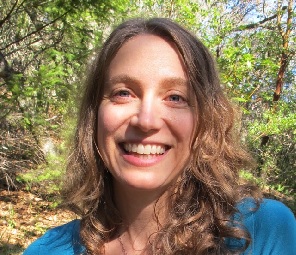 KAREN JOY FLETCHER, MPH, has over 20 years of experience in Medicare training, education and advocacy and has served as California Health Advocates
(CHA’s) publications consultant since 2004. She is the primary researcher, writer and editor of CHA’s website content, including CHA’s newsletter and blog. She also develops and revises key educational materials, spearheads CHA’s social media and chairs the Senior Medicare Patrol (SMP) Media Team and SMP superheroes skit team.

In addition to her Medicare advocacy work, Fletcher teaches Earthgym and Qigong at schools, conferences, festivals and retreat centers around the country and abroad, and co-leads Qigong & Wilderness retreat trips in China. She also enjoys ample nature and family time in the Cascadian forests and mountains. www.karenjoyfletcher.com