The California health insurance market hasn’t changed much over the past 25 years for employers. During this period, the big insurance carriers have dominated the state. Further consolidation over the last 10 to 15 years has cemented six major players – Blue Shield, United, Cigna, Aetna, Anthem and Kaiser Permanente.

And each year, the process for employers purchasing healthcare plans leads to the same results: Healthcare that’s expensive, lacks transparency, and for the most part, leaves employers in the dark about how their plans run and what they can expect to pay. Worst of all, employers that want to keep an affordable plan in place often have to raise employee contributions or reduce benefits.

Yet, in spite of everything, organizations continue to operate the same way year after year. As a broker, you have the opportunity to help your clients save on healthcare costs while delivering competitive benefits. For any brokers looking to increase their book of business, it starts by introducing employers to different healthcare models.

One alternative is a self-insured model called reference-based pricing (RBP).

The simplest way to compare models is this: RBP uses a “bottom-up” approach, while traditional health plans use a “top-down” approach.

The truth is, facility costs are already marked up – some as high as 600%. California is one of the highest marked-up states in the U.S. at approximately 451%.

A discount on a procedure that’s already egregiously marked up, isn’t much of a discount at all.

Instead of going off chargemasters and touting huge discounts, RBP solutions use a reference point like the actual cost of care or Medicare reimbursement amounts as a benchmark for reimbursement then build in a fair margin – one that works for the employer, employee and health system. In other words, a bottom-up approach.

Back in the early 2000s, large carriers introduced high-deductible health plans (HDHPs) to supplement PPOs as a lower-cost option. There was just one problem: HDHPs save employers money largely by shifting costs to employees in the form of higher premiums and out-of-pocket expenses. A Los Angeles Times survey found that today more than four in 10 employees enrolled in an HDHP don’t have enough savings to cover the deductible, in many instances causing them to forego needed medical care.

Though they’re still in use, HDHPs are no longer viewed as a cost-cutting savior.

RBP, meanwhile, can lower healthcare costs, premiums and deductibles all together.

Just ask the California Public Employees’ Retirement System (CalPERS), which adopted a reference-based pricing model in 2011. Under their plan, prices for common procedures, like knee and hip replacements, decreased by more than 20%. For cataract removal surgery, prices fell nearly 20%. And the cost of a colonoscopy plunged 28%.

The advantages of an RBP model

An RBP solution starts with price. Within the California marketplace, employers are going to save anywhere from 20-30% of their total healthcare costs with an RBP plan.

With these savings, organizations won’t be forced to increase employee contributions or reduce benefits year after year. Instead, they can put them into other areas of the business or their company’s benefits plan. We’ve seen instances where, thanks to RBP, employers could increase contributions to their employees’ 401(k), enhance dental plan benefits or add an employee assistance program (EAP).

Another benefit to the RBP model is that employers are no longer limited to a network. Their employees can go to any healthcare provider they choose.

But despite the advantages of RBP, there are hurdles in California standing in the way of widespread adoption.

Challenges of moving to RBP in California

But overall, compared to the rest of the country, California has a lot more fully insured businesses, including 80% in Southern California. The big capitated HMO market in California drives that majority with competitive prices.

While this makes it more difficult to convert fully insured plans to RBP, the fact is, other parts of the country have shown that switching to self-insured moves the dial on savings. Sticking to the status quo in California might not be what’s best for your clients.

How to differentiate yourself by offering multiple models

And yes, as with any change in business, there is a certain administrative lift and education curve that comes with shifting models. But if you told them they could save 20 to 30% on their healthcare costs, most employers would agree it’s worth a closer look.

Especially when you reveal that it doesn’t have to be an “either-or” scenario.

Increasingly, there is interest from employers in “standing up” an RBP plan next to a traditional option, like a PPO. In this scenario, benefit-eligible employees could choose which plan they want to subscribe to. This is just one creative way brokers are incorporating RBP into current healthcare offerings and exposing employers and employees alike to its benefits.

RBP takes savings to the next level

Unlike fully funded plans, self-insured plans give organizations improved access to data, better cost transparency, and useful insight into how their plan is running. For your clients who are already self-insured or thinking about making the switch, there’s really no reason for them not to adopt RBP. Not when they have the chance to gain additional savings.

It might be easy for California businesses to stick to the status quo and continue renewing their traditional healthcare plans as they’ve always done. But by doing so, they’re missing a tremendous opportunity to improve their bottom line while taking care of their employees. 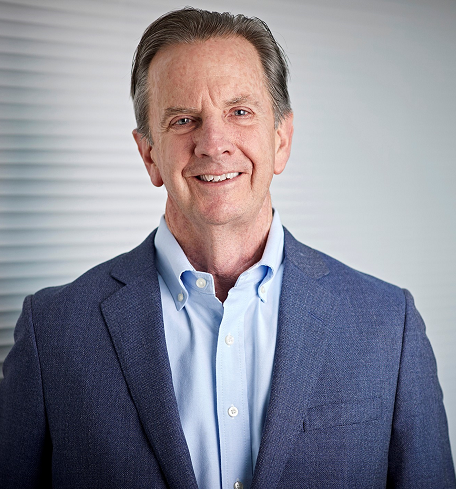 Steve Kelly is the co-founder and CEO of ELAP Services, a leading healthcare solution for self-funded employers across the U.S. He is a recognized expert in the insurance, employee benefits and risk management industry, bringing more than three decades of experience solving his clients’ complex healthcare challenges.