WHY AND HOW THE SIGNIFICANT ALWAYS FINISH STRONG

The dictionary defines insurance broker as “An intermediary who sells insurance by negotiating with multiple insurers on behalf of a client for compensation; while an agent represents one or more specific insurers under a contract.” To me, a broker is a head football coach/on the field quarterback who both
plays and leads, noting that yes, we win and lose as a team — but we win and lose BECAUSE of individuals!
Once we are fully prepared and qualified to put our best foot forward, we then coordinate and collaborate with our teammates to accomplish more together than we can apart. My favorite example is when a firefly lights up by itself to attract a mate — it only has a 3% chance of attracting one. When a community of fireflies lights up in sync, the chances go up to 82%! When we help others become better, we can actually increase the available opportunities, instead of vying for them. All begin to shine brighter, both individually and as an ecosystem. We become a positive unstoppable system of choice.The more you help people find their light, the brighter you both will shine.Isn’t this why we subscribe to California Broker Magazine? Isn’t this why you join NAHU and CAHIP, attend your national conferences and fully participate in gatherings like Senior Summit and many others? Isn’t this how you attract more minorities, women and younger agents into this most noble profession of insurance providers? Because the world of insurance illuminates a complete perspective on physical/mental health, any agent can discuss ensuring the quality of life, long term care, and the reality of death. But if you’re serious about being an Extraordinary and Significant broker who stands out among your peers as an industry icon, it is critical to comprehend and be able to share the biggest picture, answering: Where did we come from, why are we here, and where are we going?

Life is a three-act play — and if you come late to the theater and don’t know what was in the first act — the second and third acts have incomplete meaning! And if you don’t stay for the third act finale so you know how the play ends — the first and second acts have no purpose!

Part of my answer to “Where I Came From” includes a rare opportunity to soar to the
edge of space in a U2 reconnaissance aircraft — illuminated in a documentary on YouTube: danclarkYouTubespyplane.

In a sortie that lasted five hours, I sat in the sounds of silence at 90,000 feet, witnessing the breathtaking curvature of the earth, gazing into the endless blackness of the universe, pondering eternity and my place in it. And with a 17-mile-high unobstructed view of Mother Earth, I teared up. I experienced that we are more than mere mortal beings, living on a small planet, for a short season. We are all interconnected beings literal brothers and sisters in the family of humanity – living together in a world governed by a specific set of universal laws  established for the sole purpose of assisting us to achieve a level beyond success a level I call “The Art of Significance.” You see, successful people get what they think they want. For those of us who are striving to live a life of significance, we have to make sure we WANT what we get  so we don’t die with our music still inside of us.

Which one are you?

The SUCCESSFUL individuals begin with the END in mind — a limiting belief that forces them to focus on a destination that’s impressive, do their best to manage people, and reward results. Thinking they can go to the gym once lose 20 pounds once get married and the rest is bliss — compete against others and win a race — primarily work pretty exclusively during the Annual Enrollment Period.

Begin With The Why In Mind

In contrast, SIGNIFICANT individuals (brokers) begin with the WHY in Mind, which inspires and empowers us to focus on the journey that’s important, manage expectations and reward effort. Knowing we must exercise every day — we realize “happily-ever-after” is a day at a time proposition  the only person we need to be better than is the person we were yesterday and you focus year-round on visibility/service/community involvement to position yourself so when people DO need to enroll they think of you!
Awe-struck in the journey of space, it was obvious to me that everything we can take with us when we die I had aboard with me on that aircraft — my Knowledge/Beliefs, my Character, my Degree of Improvement — and the Memory of whether I lived a life of Service Before Self! In a previous article (Why Choose You, Oct. 22) I reminded readers: Knowledge is power, but it has no heart! Reason leads to conclusions, but it is EMOTION that leads to action. It’s Emotional Intelligence that takes us from where we are to where we want to be!

However, in reference to the release of the Top Gun Maverick movie, let me shed additional wisdom: ‘It’s not the plane, it’s the pilot’ — ‘Don’t think, do!’ Every time I’ve flown a fighter jet, or a bomber, and when I climbed aboard the U2, it’s clear that we fly them by ‘feel.’ We become the plane. When we climb up the ladder and slide into the cockpit, we don’t strap into the jet — we strap the jet onto us!

And it doesn’t matter if I’m male or female, old or young, black, brown, or white — the jet does not care! Are we qualified and experienced enough to push it to its limits? Not just with my cognitive, neuromechanical, left brain — but with my relational right brain, intuitive, Emotional Intelligence that triggers passion, unleashes creativity, and demands innovation?

FYI: Yes — I popped my cookies in my first fighter jet flight! In fact, not only did I eject bananas from the night before — I ejected a box of Reese’s Pieces I had eaten at a movie when I was seven!

And yes, this knowledge would have kept me from ever flying Mach II again! But because I quickly became emotionally addicted to the thrill of 9gs, aileron rolls, barrel loops and bombing runs — I have pushed myself to go supersonic time and again being upside down so many times I think I’m the only human being who has ever thrown down! (Ha!)

Which brings us to: Why Are We Here?

In terms of time: Today you’ve never been this old before. And today you’ll never be this young again. So right now, and every right now matters. Which means no matter what your past has been you have a spotless future. Which means you can’t always control what happens, but you can always control what happens next!
In a football game, not every play is designed to score a touchdown. One play sets up the next play, which sets up the next play, never taking a play off, until you finally score. If you are behind in the game, there is nothing more insignificant than the half time score! You make an adjustment, knowing there are no 21-point plays and move the ball quickly, one sale, one enrollment application at a time.

Be Present In Every Moment

Yes, this is obvious. But why then, do so many still refuse to be present in the moment? It’s because their present sucks! So they medicate. Or they live in the past — which is as absurd as robbing your old house, when you don’t live there anymore! Or they live in the future — which is fruitless — explained by Pascal who cautions: ‘Too many live their lives hoping to be happy — but because they only hope, they never really are!’ And ‘Faith without works is not faith at all.’ The good news is that being present in every moment simplifies life into two choices — will you react or respond? Especially when you stumble or fail. I was at a meeting where an 87-year-old woman stepped to the podium to deliver her speech, and accidentally dropped it on the floor. With 3×5 cards everywhere she said, “I’m sorry I’m so nervous. I gave up beer for Lent and this whiskey is killing me!” (Ha!)

The Importance of Character

Have any of you ever heard this?

What happens if you believe it? You never get any better. And I hit what I thought was Rock Bottom. My heart was broken, my dreams were shattered, my identify was taken, and suicidal thoughts attacked my soul. But in the tranquility of flight, I suddenly realized that this injury was one of the best things that has ever happened to me. Don’t misunderstand. My paralysis wasn’t one of the best things that has happened — but who I’ve become as a man and what I’ve learned about life and priorities because of this setback made it a significant emotional event.

Which made me reflect on three questions:

Question #1. Why did I go to so many doctors?

I kept going from doctor to doctor until I found one who BELIEVED I would get BETTER! Belief determines how we experience the world! Our beliefs have the power to create and the power to destroy! The outer conditions of a person’s life will always reflect our inner beliefs, knowing: “It is not enough to say I will do my best. We must succeed in doing what is necessary!”

Question #2. What did I mean, I thought I hit Rock Bottom?

No one ever hits Rock Bottom. We hit Rock Foundation we hit Rock belief. We hit the baseline Core Values on which we were raised — we hit the baseline Governing Principles on which our organizations were built! “Under pressure you don’t rise to the occasion – you fall to your level of training. That’s why we train, practice and prepare so hard!”

And Question #3. What took me so long to recover?

I was asking the wrong questions. I was asking the doctors HOW to get better when I should have been asking myself WHY. Once we answer WHY figuring out the HOW TO becomes clear and simple. When our ‘why’ is bigger than our ‘why not,’ we can endure any ‘how!’

Which brings us to: Where Are We Going?

Every great person we admire didn’t succeed because of one giant move, but because of a series of consistent actions over time. While successful people focus on the destination outcome, the Significant top performers focus on the process journey.

Being a Significant Broker is not so much about the final performance during the Annual Enrollment Period, it’s about continual practice and sustainability throughout the year!

Now that it’s 4th quarter enrollment crunch time, I recommend you call ‘time out’ and huddle up your team for a ‘gut check’ to make sure everybody agrees that ‘losing hurts worse than winning feels good’ — so everybody digs deeper, finds a second wind, and hustles to win before time runs out!

Let me know if I can serve you in any way! Cheers to everything and everyone you are serving in the world’s most noble profession! 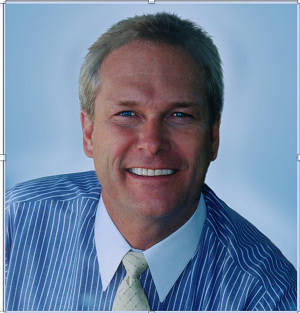 DAN CLARK, CSP, CPAE is a New York Times Best Selling Author of: “The Art of Significance: Achieving the Level Beyond Success.”