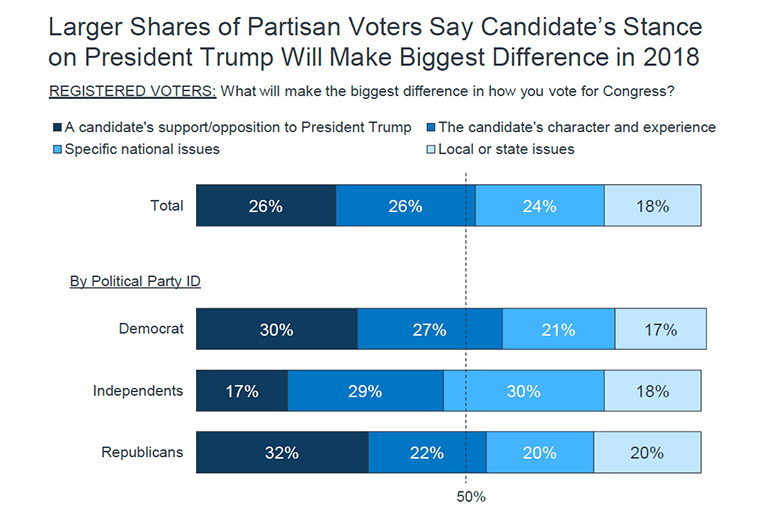 Voters looking toward the midterm elections are more motivated by a candidate’s stance on President Donald Trump than on any specific policy question.

But concerns about prescription drug prices and other health care costs still could greatly influence how people cast their ballots, according to a poll by the Kaiser Family Foundation released Thursday. (Kaiser Health News is an editorially independent program of the foundation.)

Almost a third of Republicans and 30 percent of Democrats said a candidate’s support of or opposition to the president will have the biggest impact on their vote. Even among voters who said health care is the most important issue for 2018, 28 percent said they will vote based on the candidate’s viewpoints of the president.