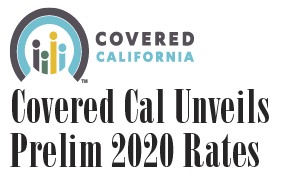 Covered California recently unveiled its preliminary rates for the upcoming 2020 coverage year. The preliminary average rate change for California’s individual market will be 0.8 percent in 2020, which Covered Cal says is the lowest premium increase since 2014, and a fraction of the five-year actual average increase of 7.9 percent. The lower rate change was driven by two new state affordability initiatives: the restoration of the individual mandate and new state subsidies that an estimated 922,000 consumers will be eligible to receive, which will lower the cost of coverage. Together, the initiatives are projected to increase the number of Californians getting insurance by an estimated 229,000 people.

The Association of California Life and Health Insurance Companies (ACLHIC) announced the appointment of John Shirikian as president and CEO, effective July 1, 2019. ACLHIC is the only state trade association to represent the interests of over 40 life and health insurance companies doing business in California before the Legislature and regulatory departments. Shirikian brings a wealth of experience in government affairs and in the life and health insurance industry.  Beginning as a congressional aid, Shirikian first joined the ACLHIC team in 2006.  He left ACLHIC to become director of government affairs at Pacific Life Insurance Company from 2013-2016.  Shirikian returned to ACLHIC as vice president of policy and administration until his appointment as president and CEO. Shirikian succeeds Brad Wenger, becoming only the third president since ACLHIC’s formation in 1962. 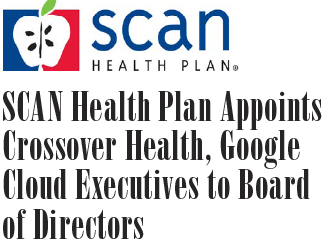 SCAN Health Plan®, one of the nation’s largest not-for-profit Medicare Advantage health plans, announced the appointment of Celeste Ortiz, chief people officer of Crossover Health, and Brandon Jones, head of Americas Sales Development at Google Cloud, to its board of directors. In a written release, SCAN said the addition of Ortiz and Jones to the board, with their respective backgrounds in human resources and technology, reflects the company’s commitment to selecting experts from various disciplines to help shape the future of care for all seniors. 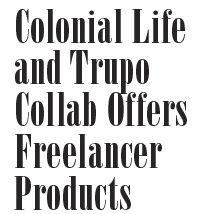 Colonial Life announced a partnership with insurtech Trupo to launch three new insurance products for freelancers in New York. Freelancers can sign up for accident insurance and specified disease and cancer insurance. A spokesperson for Colonial Life says that while this partnership is beginning small, with three

financial protection products only in New York, the companies hope to broaden the offer to other products and other areas in the months and years to come. We’ll keep our ears open for California news!