Recently, a 401(k) provider, hoping to capitalize on the cryptocurrency fad, announced that it was going to allow 401(k) plans it works with to access cryptocurrencies as investments. This is a horrible development for 401(k) plan participants. Here’s why.

Cryptocurrencies are not investments

Most cryptocurrencies have no intrinsic value and have prices that are based completely upon speculation of future values — not earnings potential, future enterprise value, ability to pay dividends or anything rational, but on speculation that they may be worth more in the future.

Without a perceived willingness by someone to pay more for them in the future, most cryptocurrencies would be virtually worthless.

Motley Fool characterizes investing in cryptocurrencies as, “not entirely safe” and goes on to say “you could also lose all of your money.”

Mark Cuban compares Bitcoin to gambling and says you should only invest as much as you can afford to lose.

Does this sound like the perfect investment option to add to your 401(k) plan?

Cryptocurrencies are not currencies

Cryptocurrencies are a questionable store of value

In other words, if investors suddenly concluded that gold no longer provided a hedge against inflation, and no one demanded or invested in it, its value would plummet. The price of gold would then reflect its use as an industrial metal and for jewelry.

You can hold your gold, if you would like, in the form of coins that, if times became very bad, you could trade for food, water, whatever. Gold has been thought of as an alternative currency acceptable anywhere in the world. It can be tangible. You can carry it around in your pocket or put it in your safe at home, if that makes you feel better.

And there is hope that after the power grid comes back up, you will be able to convert your gold back into something more useful, like dollars.

Unfortunately, you can’t carry a cryptocurrency coin around in your pocket. They are electronic files stored on a server. And if you forget the password to access crypto, you are out of luck. It is gone. You also aren’t going to have much luck trading your crypto for food or water if the power grid goes down.

“Unfortunately, you can’t carry a cryptocurrency coin around in your pocket. They are electronic files stored on a server. And if you forget the password to access your crypto, you are out of luck. It is gone. You also aren’t going to have much luck trading your crypto for food or water if the power grid goes down.”

Explaining why account balances dropped significantly due to a crash in the stock market is difficult. How do you explain to participants that the value of their cryptocurrencies dropped by 50% over the weekend because of an offhand tweet? What does that mean their remaining investment in cryptocurrencies is actually worth?

Eventually, after a number of these experiences, even the most risk-seeking participants would wonder why cryptocurrencies are offered as investments in their 401(k) plan.

Governments around the world

Both the United States and China are working on their own digital currencies. That makes a lot of sense. Neither of these economies will allow its monetary policy to be hijacked by a cryptocurrency.

What do you think Bitcoin and many other crypto- currencies will be worth when we have a digital dollar and yuan? I would think a lot less.

Will the fad end?

Are cryptocurrencies just another investment fad? Will we be looking back five years from now and wondering how anyone could have been duped into investing in them?

It’s possible. If a significant number of the major economic powers around the world decide to develop and use digital currencies, it would seem likely that we wouldn’t need all the 200-plus cryptocurrencies that now exist.

If you invest in a cryptocurrency now, what are the odds that it may be around five years from now? How do you know that it is even legitimate? Clearly there is a frenzy associated with cryptocurrencies at the moment.

Keep in mind what Warren Buffet says: “Be fearful when

High likelihood of being sued

Plan sponsors that decide to offer cryptocurrencies in their plans would seem to have a high likelihood of being sued by participants losing money investing in them. I do not believe that any responsible investment adviser who has or shares fiduciary responsibility for investment decisions would recommend the addition of such a risky investment with questionable future prospects.

After working with 401(k) plan participants for more than 35 years, I can tell you that most are too busy with their lives to spend the time required to fully understand their 401(k) plan and its investment options.

As a result, they trust their employer to offer well- researched and understood investment options that do not put their account balances at high risk of loss.

Right now, offering a cryptocurrency investment option in 401(k) plans is irresponsible. No plan sponsor should consider doing so.

Let your employees explore cryptocurrency investment strategies using their personal investments or in their IRAs. 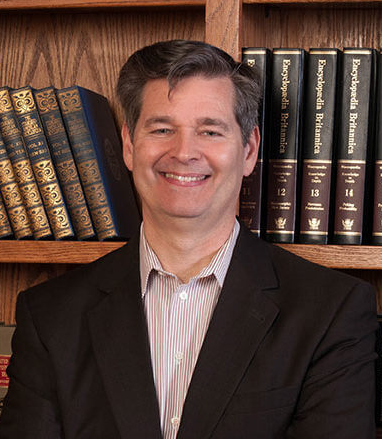