The Biden Administration has proposed a rule to fix the longstanding, problematic “family glitch” of the Affordable Care Act (ACA). The ACA pain point prevents many employees’ spouses and dependents from obtaining affordable health coverage on the federal or state individual health insurance exchanges, including Covered California or Nevada Health Link.

While solving the “family glitch” is supported by most members of Congress and the health insurance industry, the White House’s proposed approach to fix it is controversial and goes against typical procedural protocol. Because of this, we might not see the fix enacted the way it has been proposed. If we do, it will likely be challenged in federal court.

Comments on the White House’s proposed rule are due by June 6, 2022 (not completed by the time of this writing). Word & Brown is participating in the comment period with the National Association of Health Underwriters
(NAHU) and others in the industry. If the “family glitch fix” proposal does not encounter major court barriers, it would go in effect Jan. 1, 2023. Because of the aforementioned troubles, which are explained further in this column, the “fix” will likely be altered and/or delayed.

What is the “Family Glitch”?
The family glitch centers around employees’ costs for spouse and/or dependent premiums on an employer-sponsored plan. It also focuses on those spouses’ and dependents’ inabilities to access alternate, affordable Individual and Family coverage on a state exchange.

Under the ACA’s employer mandate, applicable large employers (ALEs) must offer employees affordable coverage. ACA affordability is based on the employee’s cost for “employee only” coverage, even if that employee has a spouse, dependents, or family members in need of coverage.

When an employer of any size makes an offer of “affordable” coverage under these standards — and offers spouse/dependent coverage (at any cost) — then no one in the entire family may access “Premium Tax Credits (PTCs)” to obtain alternate “affordable” coverage on a state’s individual health insurance exchange.

PTCs are federal “subsidies,” advanced to qualifying individuals to help pay for individual premiums for coverage purchased on a state’s individual exchange. PTCs are intended to be made available to taxpayers whose health insurance premiums exceed a certain annual affordability threshold, which is 9.61% of their total income in 2022. The ACA’s affordability threshold hovers at about 9.5% annually. “Family Glitch” Example

Mike is an employee with a spouse, Carol, and they have six children. Carol is a full-time mom, and therefore does not have her own offer of employer-sponsored coverage as an active employee. Mike and his entire family need health coverage. Mike’s employer offers coverage to employees, spouses and dependents.

Mike’s employer offers him a bronze-tier health plan that costs him 9.61% of his income for his premium only. Mike’s employer offers spouse and dependent coverage but pays zero percent for spouse/dependent premiums.
Under this “family glitch,” the offer of employer-based coverage to Mike is considered “affordable” for Mike and his entire family. As a result, neither Mike nor anyone in his family are eligible to obtain PTCs to pay for alternate, individual coverage on their state’s Individual health insurance exchange. Alternatively, Mike could waive the group plan offered to him and his family and get an Individual plan on the state exchange — but he would be responsible for 100% of the family premium(s).

Therefore, Mike’s only other option to cover his family today is through the group health plan. Mike would have to pay for his spouse and six dependents’ premiums entirely on his own, while also paying 9.61% of his income for his own bronze-tier coverage.

Conversely, if Mike had received no offer of coverage from his employer (for any reason), then Mike and his entire family would be eligible to obtain PTCs to purchase Individual coverage on the state exchange — if the costs to cover the family exceed 9.61% of the family’s household income and/or if Mike’s family’s household income falls within a certain range of the Federal Poverty Level (FPL).

White House’s controversial “fix” proposal
The Biden Administration is looking to reinterpret Obama-era statutes and regulations that created the “family glitch” in the first place. It is proposing to base PTC eligibility for spouses and dependents in this situation on “total family cost”— rather than solely on the cost of the employee’s “employee only” premium when employer coverage is offered.
Under its “fix” proposal, the employee who has been made an offer of “affordable” coverage under the aforementioned standards would not qualify for a PTC — which is standard practice today.

However, under the proposed fix, using the previous example with Mike, his family would be eligible for a PTC,
if the cost of their collective premiums exceeds the affordability threshold for the corresponding year. Mike, however, would not be eligible because his employer made him an offer of affordable coverage, based on his employee-only premium.

While a “fix” is certainly needed, working through the White House might not be the best way to go about it. Changes to fiscal matters, such as PTC eligibility and payments, are usually created by Congress — not the White House. If an Administration can reinterpret long standing statutes and existing rules from the IRS and Department of Treasury on previous statutes, it would open up a door for Administrations to do it again in the future — for any area, including those outside of insurance.

Processes are very important in a democracy and are usually followed to the letter of the law. This proposed “fix” would break that mold if it even makes it that far.

While Congress generally agrees a fix to the “family glitch” is necessary, it has not agreed on how to do it. The concern with the proposal is not about preventing people from obtaining affordable coverage. Instead, it’s about maintaining the process for rule making — and that the rule of law is upheld to the letter of law.

Other considerations to repairing the glitch
Most families prefer to be on the same health plan — or at least have access to the same providers, hospitals and networks. More importantly, they also prefer to take advantage of aggregated deductibles and “out-of-pocket maximums” for the family, where applicable. While the fix to the glitch would be welcomed, employees will still weigh the extra burdens and costs involved with having one family member on an employer plan, and the others on individual plans. Some may find that the loss of aggregated deductibles and out-of-pockets would make splitting the family more expensive — even with the savings a PTC would provide.

Another big concern is employer reporting for dependent coverage. In order for this “fix” to operate, state exchanges and the IRS would need to know the type of, and costs for, employer-sponsored spouse and dependent coverage in order to determine PTC eligibility. Employers currently do not report this information. Furthermore, this fix might require employers of all sizes to report on the costs and offers of dependent coverage made. There are currently two bills moving through the federal House and Senate, which would simplify employer reporting (currently conducted by large employers only). This proposed fix would appear to make employer reporting more burdensome, which is something legislators are looking to repair — not complicate. This may lead to further challenges to this fix by both legislators and employers, etc.

Lastly, it’s important to note that this proposed fix would not change the “affordability” of the employer mandate whatsoever. ALEs would still be required to offer eligible full time employees’ affordable coverage, based on the
“employee-only” rate. An employee who receives a qualifying offer of coverage by an employer of any size will not be able to get a PTC for individual coverage on a state exchange, even if his or her family does. 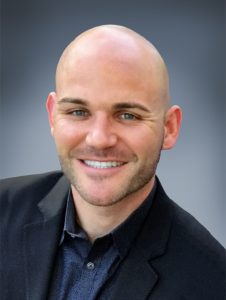