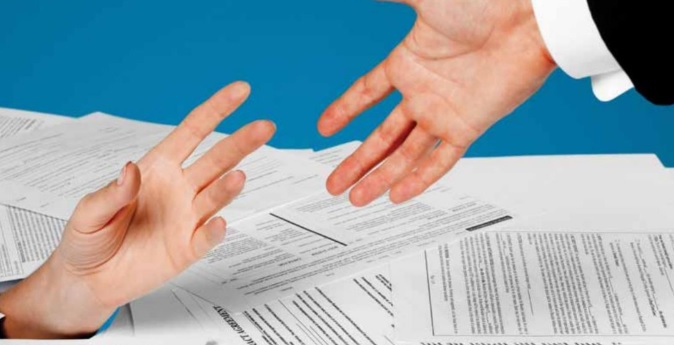 There was a simple form for the claimant to complete as well as the attending physician statement. Tax returns were not requested and there was very little support from physicians, C.P.A.s or other consultants within (“in house”) or from outside independent consultants.

It was common for larger cities to have local claim managers and a staff of local claim adjusters. Many claims were decided on a local basis with little interference from the home offices. If a claim involved a certain amount of dollar value that was a significant number, usually home office approval was required. Local brokers who sold disability insurance often had relationships with the local claim managers and a broker with a large book of business might have some influence in the decision process. I can even recall a claim whereby the client had just purchased a disability policy and then went on claim several months thereafter. The claim sounded “fishy” to me and I communicated such to the local claim manager — who was appreciative of my feedback and after an investigation of the case denied the claim appropriately.

“In spite of the many improvements made in the claimprocess on the part of claim departments and third party administrators, there is still a huge lack of conformity in the wording of claim forms …”

Sometimes a call to a vice president at the insurance company might have been warranted on behalf of a claimant who appeared to have a legitimate claim. Those were the days when relationships mattered and there was a degree of trust between producers and insurance company claim departments.

Those days, of course, are long gone. Now it is almost impossible to determine who the claim manager is for a particular insurance company. As a member of a group of “heavy hitters’’ who sold a substantial amount of disability policies, mostly to professionals, I enjoyed the quarterly meeting of some 8 to 10 of us who were privy to changes that would soon occur in the industry before that information was available to the general producer audience. Having a local marketing manager or local claim manager for a particular insurance company talk in front of our group was indeed a pleasure and most informative. Although there was healthy competition between the various companies as well as those who were selling disability products, there was an unusual camaraderie that enabled us to want to be the most informed and the best at our craft.

In spite of the many improvements made in the claim process on the part of claim departments and third party administrators, there is still a huge lack of conformity in the wording of claim forms. Many forms have archaic and confusing wording. Some of the questions hope to confuse the claimant as well as the attending physician and at best are ambiguous in nature. The result is confusion on the part of the claimant as well as the attending physician. In turn, a confusing question receives a confusing answer. Some questions are repeated over and over again on the forms, hoping the respondent will provide inconsistency in their answers. And some questions require a “rephrasing of the question” by the claimant in order to give an intelligible answer.

Sometimes I see independent medical evaluation (I.M.E.) reports that smell of “boilerplate language” with very little effort put forth by the physician hired to be “independent” but are often influenced by the insurance carrier so as to be hired on other future claims.

I see physician questionnaires sent to dentists and chiropractors that have nothing to do with their duties. Or an attending physician statement (APS) sent to the claimant with the expectation that their physician/medical provider will complete the same with a degree of accuracy. And the APS might be completed by a physician’s assistant or “insurance person.” And none of these individuals has any clue as to how to complete these forms since they never received any training or completed a course (there are none) on how to complete this type of form. And they do not know the difference between the contractual wording of an individual policy, group or association, State disability, Social Security disability, or Workers’ Compensation.

For those claims that appear to be solidified and of a long-term nature, it seems that having the claimant complete a monthly “progress report” (or claimant’s continuation statement) is a waste of time and money and just an additional hassle for a claimant. Often with my own clients for whom I provide disability advice, I can provide guidance on how to submit forms less frequently; however, they should not have to ask me for this type of advice.

Sometimes “common sense” seems to be lacking on the part of the claim person. It is typical to see a change in claim personnel handling a claim over a period of years. Most of the time, they do not have the time to read the claimant’s file from the beginning, so they merely glance at it. Then they “lean” on the claimant with requests for more frequent forms or exams and field investigations when a proper read of the file would have shown that they were just “spinning wheels” with no opportunity to terminate a solid claim.

These are just some of the obstacles that have been set up to prevent disability claimants from receiving claim approval or termination of benefits. Advice is clearly required in order for a disability claim to be presented to the insurance company in a clear, concise fashion. And continuing advice is needed to make sure the claimant is prepared for the battle that lies ahead. Although far and few between, there are those who can provide advice, for a fee of course, to claimants in a consult capacity.

ART FRIES is a disability claim consultant providing advice on a national basis in the U.S. He is located in Nipomo, Calif. He can be reached at 800-567-1911, e-mail: friesart@hotmail.com; website: www.afries. com.