THE IMPENDING RETIREMENT OF waves of baby boomers is fueling increased interest in annuities as one potential solution to providing a guaranteed income for life. These retirees are concerned that their savings may not be enough to meet their income needs throughout retirement, given increased longevity and healthcare expenses, along with inflation. This is driving the dramatic growth in products
and services designed to optimize and protect income, as opposed to a strict focus on accumulation.
Congress has taken interest and is now taking action to encourage retirement plan sponsors to offer guaranteed lifetime income options, or in other words, annuities.

Why consider an annuity

An annuity can provide much of the certainty that retirees need. Think of an annuity as a guaranteed income for life, no matter how long you live. And it lets you withdraw both principal and interest without the risk of outliving your money.

Yes, the unique benefit of an annuity is that your monthly income can consist of both principal and interest. Income amounts are calculated as though you withdrew your principal in equal payments spread over a period equal to your life expectancy. However, if you live longer than your life expectancy, your annuity insurer guarantees that your income will continue unchanged even though in theory your principal has run out. Using an annuity, a retiree may be able to live on a much higher monthly income for any given amount of savings than otherwise would be possible and not worry if the income will ever diminish or run out.
There are many more annuity variations than we can cover here. Deferred annuities accumulate money for distribution at some future date. Immediate annuities generally begin monthly income payments immediately based upon a lump sum deposit of money previously accumulated. In this article, we are discussing only immediate annuities.

How an annuity works

Only insurance companies can issue annuities. Although the insurer cannot know how long you will live, just like you can’t, the insurer does know that over a large population of annuitants how long their annuitants will live on average. The insurer’s actuaries and underwriters have both the resources to calculate your life expectancy and the income amount they can guarantee and have the capital reserves to back up their guarantees if they are wrong. Annuity income is backed by the guarantee of the insurance company and is not insured by any government institution.

In this contract, the offered monthly income continues unchanged as long as you live. Income stops, however, on the last payment date before your death. Conceptually, the annuitants who live less than their
life expectancy generate the cash flow for the insurer to continue paying the longer-lived annuitants. Generally, once the annuity income begins, you cannot change or undo your annuity contract. Since it is possible that you could die shortly after your annuity income begins, many retirees would prefer to have an annuity that has secondary guarantees.

Some insurers can issue annuities that also allow limited lump sum cash distributions (with proportionally lower income thereafter) under certain circumstances. Inflation indexing is also an option with many insurers. The more guarantees you choose, the lower the initial monthly income will be.

The prospect that retirees, often with limited means, can suffer severe financial losses during retirement is a significant societal concern. For this reason, Congress has been working on potential solutions. The Secure Act, passed in 2019, took a major step toward encouraging annuity distribution options in retirement plans by providing a Safe Harbor so that plan sponsors could offer annuity distribution options with limited fiduciary risk. The Secure Act II, not yet final, will require retirement record-keepers to produce annual reports to participants illustrating the annuity income they could receive from their retirement plan. If passed, plan participants will begin receiving annual reminders of their potential annuity income and this enhanced awareness could lead to increased interest in annuity payout opportunities.

A broker specializing in annuities could offer participants a service to:
1) shop multiple competitive annuity markets in
addition to the Plan’s record-keeper to help make certain that participant’s annuity income is the highest possible
2) Research and compare insurer financial health and/or diversify annuity incomes across two or more insurers to diversify insurer insolvency risk
3) Help participants determine which of the multiple annuity payout options are most suitable for their needs
4) Help participants determine the appropriate portion of their retirement savings that should be applied to an annuity.

Many plan sponsors may be interested in establishing a relationship to provide these services assuming
1) their advisor accepts being a fiduciary to their Plan
2) provides service in an unconflicted fashion.

If you were retiring today wouldn’t you want to at least seriously consider a guaranteed income for life as part of your retirement financial plan? 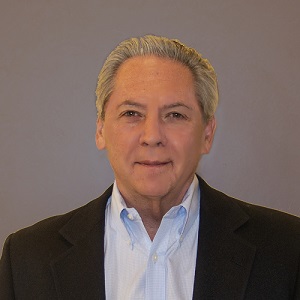