A more personal, honest approach to advising can win big

In previous writings I’ve spoken about the idea of coaching rather than advising as an approach to work with your clients. Truth be told, I’m not saying they are diametrically different. The two concepts are very similar, but I submit the coaching approach is much more personal and the dialogue may prove more comfortable for most of the people we serve.

Let me first say that writing these articles has proven to be somewhat of a challenge — encouraging me to contemplate what I have to offer. Having traveled around the Sun 67 times, I’d like to think I’ve learned a thing or two worth sharing.

I do have a fair amount of coaching experience to draw upon. I coached my first team, a track team, while in high school. I coached youth sports (flag football, basketball, baseball and soccer) year-round for eight years running. Before entering the world of financial wellness, I was a founder in a $65M national firm where I coached more than 60 sales associates. To this day, people approach me to coach them in business and life. I’ve worked with many of them, and my hope is that I’ve had a positive impact on their lives. One of my biggest joys is when former players come to me as young men and women asking me to be a sounding board — someone who will listen, be straight with them and won’t judge them. Hmmm! Sounds a lot like what our clients want.

In a sea of people who say they have all the financial answers, our prospects do not know who to believe and have a fair amount of skepticism. So, in my work, I decided to be my authentic self — Coach Glenn.

In an attempt, then to answer the question of how you might benefit from hearing my thoughts, I’ll start like I did on the first day of practice with the kids. I’m going to share who I am, why I’m here and what is likely to happen should you consider listening to me.

I’m schooled, skilled and experienced in a wide range of financial instruments and concepts with extensive training and several credentials that I believe qualify me as a financial fiduciary. My overriding intention is to help people be better or achieve better outcomes by raising the level of their games. If even one of the nuggets I share can be put into practice to help your clients, then I’ve attained my goal. I never told my players that we would win every game. In fact, I told them I didn’t care if we won. I care how we win and how we handle defeat. If at the end of the game we can say that we gave our best, competed valiantly and left everything on the court or field, then we won — no matter what the score said. 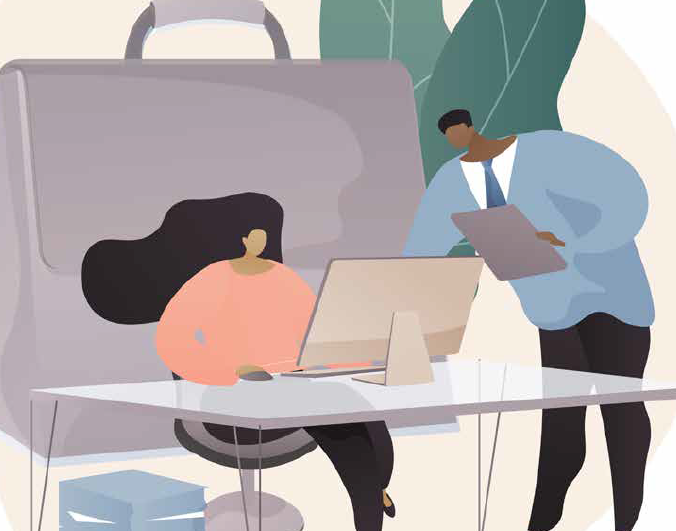 Coaching is not for the meek of heart. You, your conduct, and your decisions are open to criticism by fans in the stands or other coaches. You are basically operating in a glass house, and many/most will claim to know better than you do how to implement a plan. On the flipside, coaching provides a tremendous opportunity to grow in your knowledge of whatever game you are coaching, your ability to motivate, your fortitude to handle adversity, your ability to be decisive, your capacity for compassion, and the chance to test your belief system and grow as a leader.

In a sea of people who say they have
all the financial answers,
our prospects do not know who to believe
and have a fair amount of skepticism.

Further, I’ve studied great coaches and I’ve learned that a coach can push hard to make a player better, if they come from a place of good intention. Players want to be pushed. Pretty cool stuff as far as I’m concerned. And easy to translate into the business world.

We are going through unprecedented times with COVID-19, civil unrest, rioting in our nation’s Capital, rising interest rates, and volatility in the stock market. There’s never been a more important period in my lifetime to be a financial coach than now.

Coaching in turbulent times should be a welcome challenge. I can imagine and witness the circumstances we find ourselves in, wreaking havoc with some of the plans your clients have in place.

I suggest the first thing you do is BE PRESENT. Take initiative and reach out to your clients. Test their freakout temperatures. I believe one of the most valuable skill sets a coach must have is the ability to help his or her team keep their composure when momentum is going against them.

Coach Jimmy Valvano, one of my heros, did something masterful when the game was on the line. His team was losing ground because the other team started fouling his player with the lowest free- throw percentage. In the final minutes of the game with the players’ confidence shaken and the team unsettled, Jimmy called a timeout. He told the player “after you make this free-throw, this is what we are going to do.” He planted the suggestion that there was no way the player would miss. He told him “when you make this shot.” The player did and the team won.

Having a plan is just the first step
Another mark of a great coach is knowing when to stick with the plan and when to adjust it. One of the greatest indicators of a great coach is what happens after halftime. The staff has had a chance to examine the things to take advantage of and the things that need to be shored up (opportunities and threats). There have been many games where I had to scrap the game plan (or financial plan) I’d so diligently worked on because the game
(life) evolved in a different way. Like Mike Tyson famously said, “Everyone has a game plan until they get punched in the mouth.” In my view, it’s important to have a sound game plan, a contingency plan and a contingency, contingency plan.

I’m not suggesting that you should hold or fold. That depends on several factors such as your client’s risk tolerance, time horizon and need for liquidity or income. Sometimes the best course of action is to stay the course if you believe in your plan. Often the team/client needs to be told where they are not executing well and where – if they adhere to the strategy and execute — they may have a good chance for victory.

Be ready to adjust your plan to adapt to new realities
My father was a colonel in the military and one of the many things he taught me was the difference between strategy and tactics. Strategy is the overall mission objective and tactics are adjustments made along the way. The goal could be to win the war, but right now we need to simply take this hill and it’s proving more difficult than we planned. What do we do to achieve the most pressing objective? Determine that and you can be victorious. Your strategy and game plan require consistent examination and adjustments may be warranted.

Two great analogies come to mind that exemplify how in-game adjustments can affect the flow or even the outcome of a game.

First: The great Don Haskins from the NCAA Basketball Championship 1964 Texas Western College (TWC —now the University of Texas at El Paso) implemented the 4-corners offense to help defeat the great Adolph Rupp’s Kentucky Wildcats (Pat Riley was on that team). It was a style never seen before that opened the court and slowed down the game. It frustrated the opponent and led to easy buckets for TWC.

Second: The LA Lakers Showtime dynasty run began in 1980. It was sorely in jeopardy when the star and pillar of the team, Kareem Abdul Jabbar, suffered an ankle injury that prevented him from being able to play. Paul Westhead and Pat Riley (again, and what a journey this man has had) were interim coaches and made the decision to go small against the mighty Boston Celtics and put Earvin “Magic” Johnson at center. Their decision was cemented when they saw notes from Jack McKinney, who was unable to coach because he was injured himself, where he had developed a contingency game plan in the event Kareem got hurt. His plan said, “go small.” The Lakers did. Magic lit it up with 42 points, 15 rebounds and 7 assists and the team won the championship. The dynasty was off and running.

Good intentions rule the day
Many times I had what I thought was a great game plan only to throw it out the window. And succeeded in my attempt to change the pace of the game and gain better results — ala Jimmy Valvano style. In the game of advising clients, constantly examine your financial game plans to see if some aspects need to be altered.

Again, I’m not recommending you always look to change the plan or change the pace — or stand pat. You are in the best position to determine what the best move is — if you know your customer, listen to their needs and know what solutions you have to offer. I AM recommending that you be prepared, be present, have a plan, have a contingency plan, have a contingency-contingency plan and continually examine and question it.

Here’s another thing about coaching. A player or client will be open to listening to anything you say or push them as hard as you want, as long as they know you are coming from a place of good intentions. Assuming your belief and advice in what you say is grounded in experience and facts, do not hesitate to share your truth. There are times when you must make comments that your client may not want to hear. Your job is to make them better than they sometimes even believe themselves to be. Have conviction and trust yourself.

I’m still growing and discovering how good I am as a financial coach, so that remains to be seen. I do believe one thing though — I’m a helluva coach, because I come from a place of good intentions. I only say what I believe to be true and I only offer what I believe is in the best interest of the client.

I believe one of the most valuable skill
sets a coach must have is the ability to help his
or her team keep their composure
when momentum is going against them. 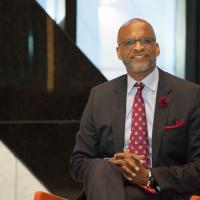