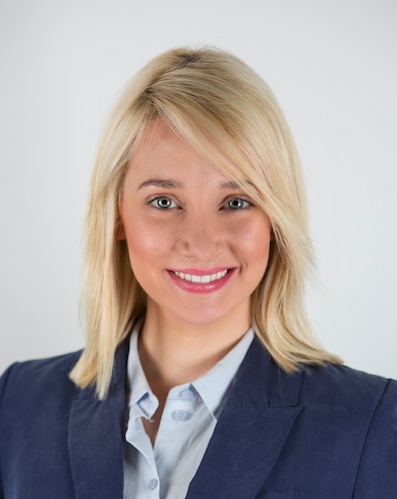 We’ve just put the final touches on California Broker magazine’s 2019 media kit and editorial calendar. And we have so much in store for next year!

The Washington Examiner reports that a group of House Republicans, several in tough re-election races, introduced a resolution calling for pre-existing conditions to be protected amid attacks from Democrats that the GOP is endangering the protections with ACA repeal efforts. The “sense of the House” resolution was introduced by Rep. Pete Sessions, R-Texas, and 18 other lawmakers. The resolution discusses the need to uphold pre-existing condition protections and says that any replacement of the ACA should let states get “broad authority to reform their individual health insurance markets.” In addition, it says that any reform must ensure that individuals with pre-existing conditions get lower premiums, lower out-of-pocket costs, and accessibility to in-network providers. According to the Washington Examiner, the problem for Republicans is that much of the infrastructure of ACA, which would need to be repealed to create an alternative, exists to support the ban on pre-existing conditions.

California-based general agency LISI Inc., announced it has partnered with BenRevo to simplify the large group process from RFP through presentation. BenRevo connects carriers, brokers, and customers on a common platform, reducing the time and work it takes to get a quote. Advanced analysis tools also make it easy to compare quotes from multiple carriers. Visit LISI for more information.

A review done for the Office of the Inspector General (OIG) at the Department of Health and Human Services by an independent auditor has found that Medicare paid out more than $5 billion in inpatient rehab facility (IRF) stays that likely didn’t meet Medicare coverage and documentation requirements. The review examined $6.75 billion in Medicare payments to 1,139 facilities nationwide for 370,872 IRF stays in 2013. John Commins at HealthLeaders reports that the inspector general noted a number of problems with the IRF program that led to the spotty regulation, such as:

Whether you’re starting an agency or selling your agency, Cal Broker contributor Ron Stock of Beta Benefits has you covered. Beta is offering “Create Your Own Agency, Corporation, and Succession Plan” and “How to Sell Your Agency.” This is critical information for independent agents. For more info or to register, email Jesse at Beta: jesse@betabenefits.com.

Why Are Drug Prices So High?

Great question! The Harvard T.H. Chan School of Public Health has some answers. Watch a replay of The Forum’s one-hour presentation: U.S. Drug Prices –Why Are They So High? . And in case you haven’t had enough prescription drug info, read a little Drug Channels, where blogger Adam Fein says “Investors are grumbling that Rite Aid should sell EnvisionRx before things get any worse.”

Anthem Blue Cross announced it will now offer employer-sponsored voluntary accident, critical illness and hospital indemnity insurance products, for effective dates beginning Jan. 1, 2019.  The new Anthem Blue Cross supplemental products, all of which offer funds that can be allocated to cover medical or non-medical expenses, include:

Wellthie, a provider of next-generation technology solutions for brokers and insurance carriers, announced a partnership with OneDigital Health and Benefits. Through this partnership, OneDigital’s team of consultants nationwide will be able to utilize Wellthie’s national small group benefits marketplace to provide better access to employee benefits for small business clients. 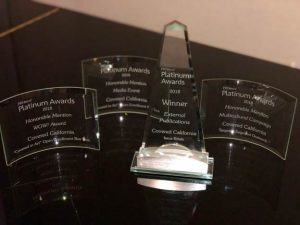 Covered California was honored last week for its public policy research, studies and reports on the Patient Protection and Affordable Care Act at the PR News Platinum Awards, a national contest recognizing outstanding public relations efforts. The 2018 PR News Platinum Award winners set industry benchmarks for excellence across all areas of communications. Entrants include U.S.-based and international public relations agencies, corporations, nonprofits, associations and government organizations. Covered California was recognized as the top organization in the External Publications category and received honorable mention in three other categories: Media Event, Multicultural Campaign and the WOW! Award.  In the External Publications category, Covered California was honored for its “issue briefs” – a series of studies, reports and analyses – which highlighted the agency’s experiences and lessons in implementing the Affordable Care Act. These reports  addressed the implications of federal policy changes, the benefits of legislative and administrative changes being considered at the state and federal level and the value of marketing and outreach.

The issue briefs and reports illustrate key elements of Covered California’s approach to creating a successful competitive marketplace in California, where the rate of the uninsured has been cut by more than half since 2013, and premiums for those who do not receive subsidies have increased by only modest amounts over the past four years. Covered California was recognized in three additional categories. Two nominations were for the Media Event category and the WOW! Award for the agency’s outreach and education work during the “Covered in Art” bus tour and mural campaign. The statewide campaign promoted enrollment and illustrated that health care is part of the fabric of every community in California. Covered California worked in partnership with its public relations contractor, Ogilvy, on the tour, which took place between Nov. 1, 2017, and Jan. 31, 2018.

Covered California’s in-house communications team was also recognized in the category of Multicultural Campaign for its targeted outreach and media activities to reach Latinos, African Americans, Asian/Pacific Islanders and LGBTQ communities throughout the state.

The Standard Honored for Supporting Arts Education in America

Americans for the Arts, the nation’s leading nonprofit organization for advancing the arts and arts education, has named Standard Insurance Company to the BCA 10: Best Businesses Partnering with the Arts. The Standard joined nine other companies to receive the honor at the Central Park Boathouse in New York City this week. Each year, Americans for the Arts honors 10 U.S. companies and one individual for their exceptional commitment to the arts through grants, local partnerships, volunteer programs, matching gifts, sponsorships and board membership.

Theme is “12 Hacks to Help You Sell More and Stress Less.” Register Here

Life Insurance Direct Marketing Association is the life insurance industry’s most focused gathering of high performance direct response marketers, producers, underwriters and service providers who are driving positive changes in the distribution of life insurance in order to benefit middle market consumers. Attendance at the LIDMA Fall Meeting & Showcase is available only to LIDMA members.  This year LIDMA is also offering a discounted annual membership fee for first-time producers for $495, which is half off.  Information on the various membership categories and pricing is available at www.lidma.org.
——————————-

December 8, Las Vegas
Come hang with Crypto Bobby, Ready Set Crypto, the Crypto Street Podcast crew and many more. This event’s focus will be on investment and how to take your gains to the next level in the current market. Register now for the early bird rate of $97. More info here.