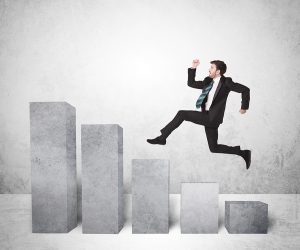 Sales Climb for Life/Combination Products
New premium for individual life combination products rose 14% in 2015. It’s a rebound from the decline in new premium growth in 2014, according to a LIMRA report. Karen Terry of LIMRA said, “Last year’s decline…was mainly due to a shift from single premium products to limited pay products. While this shift continued in 2015, single premium products also exhibited strong growth in 2015. The growth was widespread, with a dozen companies reporting healthy growth in premium and policy count.”

New premium totaled $3.1 billion in 2015, which represents 15% of all new premium collected for individual life insurance products. Products with chronic illness acceleration riders grew 38%, and represent 59% of the combination life insurance market. Products with long-term care acceleration riders were up 51% in 2015. But they only represent 28% of the market. There were more than 200,000 policies sold in 2015, which is a 37% increase.

With single premium, the customer pays the entire amount for the insurance in one lump sum. With limited payment, the customer pays at least two payments, but not for the rest of their life. A limited-payment life insurance policy has a limited number of higher payments by eliminating the life-long payments of the past. The majority of limited pay combination products have less than 10 annual premium payments, according to LIMRA. “We see more companies offering critical illness acceleration riders with their products with no up-front costs and often automatically attach these riders to specific products,” noted Terry.

ACA Participation Boosts Pressure on Blue Plans
Blue Cross Blue Shield (BCBS) plans saw a 75% drop in net income from 2013 to 2015, according to a report by A.M. Best. BCBS plans faced a higher risk population in the ACA exchanges. The drop in earnings can also be blamed on higher costs of generic prescription drugs and expensive new specialty drugs. BCBS plans saw a 35% drop in underwriting earnings in 2015 and a 35% drop in investment income from 2013 to 2015. Also, the ACA health insurer fee resulted in a 1.3% decline in consolidated earnings in 2015. The fee has a greater effect on net income since is not tax-deductible.

High enrollment morbidity in the ACA exchanges has a large negative financial effect on the whole industry, including BCBS companies. Carriers are trying to attract younger and healthier enrollees through active outreach, technology, and customer engagement. BCBS companies are looking to control the cost of care through narrow networks, disease management programs, better care coordination, and increased provider collaborations. These initiatives are particularly important in saving money by providing appropriate quality care for higher-risk individuals. A.M. Best expects the earnings pressure to continue at BCBS companies. The lower earnings and growth in premiums from increased membership may drive down of risk-adjusted capitalization.

Net-premiums grew 14% over the past three years for BCBS companies. The increase has been greater at publicly traded companies, which tend to be more active in Medicaid managed care and Medicare Advantage. Both of these programs have had stronger enrollment growth form the aging U.S. population and Medicaid expansion through the ACA. For more information, visit ambest.com.

Patients Are Paying More, But Health Plans Are Not
From 2004 to 2014, patient cost-sharing rose much faster than payments that health plans made for care, according to a report by the Kaiser Family Foundation. Deductibles and coinsurance rose considerably faster than the cost for covered benefits. Average payments toward deductibles still account for a relatively small share of total household budgets, they have been increasing rapidly.

Health care spending has grown fairly modestly in recent years. But, while out-of-pocket costs are growing, wages are remaining largely stagnant. Patients in large employer plans are paying more out-of-pocket. Deductibles are the most visible element of an insurance plan, which may help explain why consumers are showing concern about their out-of-pocket costs. The report reveals the following averages from 2004 to 2014:

The increase in coinsurance may reflect the strong growth in plans that qualify a person to establish a health savings account; these plans are more likely to have coinsurance than copayments for physician services. Patients are more sensitive to the price of health care with deductibles and coinsurance than they are with copays, which are flat dollar amounts. Also, copays may add up over time while a deductible may need to be met at once, causing affordability challenges. For more information, visit kff.org.

Some States Pay Twice the Price for Health Care
Some states pay more than double of what other states pay for health care among the commercially insured, according to a report by the Health Care Cost Institute (HCCI). Some price variation is due to differences in wages or rent, but other variation is due to differences in market dynamics, such as a lack of transparency, market power, or the availability of alternative treatments. Alaska has the highest health care prices, followed by Wisconsin, North Dakota, New Hampshire, and Minnesota. In New Hampshire and Wisconsin, over 20% of health care services are twice the national average price. In Arizona, Florida, Maryland, and Tennessee, more than 90% of health care services are priced lower than the national average.

Prices vary more for some health care services. For example, states have similar prices for acupuncture while prices for cataract removal vary significantly. The greatest price variation is for imaging, radiology, and lab tests. Prices for services also vary widely among cities in the same state. For example, prices for knee replacements vary most in California, with a $27,243 average price difference between Riverside ($30,261) and Sacramento ($57,504). Price variation has a substantial affect on health care spending and patients’ cost sharing. For more information, visit healthcostinstitute.org.

Group Says that Health Spending Is Not an Economic Burden
The United States spends a lot more on health care than any other country. But that does not take away from other spending. On the contrary, incomes in the U.S. have increased significantly since 1960, says senior fellow John Graham of the National Center for Policy Analysis.  He offers the following statistics:

Hospitals Have Low Compliance with ACA Charity Care Requirements
Many hospitals participating in the 340B program are not complying with charity care reforms under the Affordable Care Act, according to a report by Berkeley Research Group. In 1992, Congress passed the Public Health Service Act, creating the 340B program to mandate drug discounts to health care providers that serve low-income patients. The definition of a 340B hospital includes disproportionate share hospitals; children’s hospitals; rural hospitals, sole community hospitals, and free-standing cancer hospitals.

Under the ACA, hospitals must have written policies for charity and emergency care; they must notify patients of financial assistance policies; and they must limit charges for patients who qualify for charity care. But in 2013, only 60% of 340B hospitals regularly notified patients that they may be eligible for charity care before collecting payments. Only 37% reduced their charges for patients who were eligible for charity care. Almost all of the hospitals complied with the requirement to complete a community health needs assessment, which is one of the few requirements that comes with a financial penalty for non-compliance.

Stephanie Silverman, spokesperson for AIR340B said, “It is concerning to see 340B hospitals falling short of meeting some of the protections created in the ACA for our poorest and most vulnerable citizens. The protections in the ACA are similar to those the 340B grantees are already meeting, begging the question of whether the current 340B eligibility rules for hospitals are targeting true safety-net facilities. Reform is needed to ensure that needy patients, not hospitals, are benefiting from this important program.” For more information, visit 340Breform.org

Bill Aims to Protect Consumers Amid Health Care Mergers
This week, the Senate Health Committee will hear S.B. 932 (Hernandez). The bill would require state regulators to scrutinize proposed health industry consolidations to ensure that they are in the interest of consumers. The public would have opportunities to offer comment and feedback on the deals. The bill would prevent hospitals from making anti-competitive demands when negotiating with health plans and insurers. Hospitals, especially those with a large market share, would not be allowed to insist on contract provisions that result in them being the only option for care.

This bill has been introduced in the midst of a wave of pending health care mergers in California. Two of four major health insurance mergers have been finalized: Blue Shield of California acquired Care1st last year, and Centene’s proposal to acquire Health Net was approved with conditions by state regulators last month. Two other health insurance mergers are still pending, Aetna-Humana and Anthem-Cigna. Other hospital and health mergers have also taken place, including the Daughters of Charity Health System purchase by an investment firm in 2015.

Anthony Wright, executive director of Health Access California said, “Health industry mergers have led to price increases, less choice, and greater consolidation. Companies…almost always say that the merger will lead to efficiencies and savings, but they rarely…pass those [savings] to consumers, if [the savings] ever actually materialize. Companies that want to merge need to show that the merger causes no harm to consumers, and that consumers will actually benefit. Some of these health mergers are required to face public hearings and scrutiny while others fly under the radar. It’s time to set a clear standard of…oversight for all these deals that have such a profound impact on the health system.” For more information, visit health-access.org.

The California Healthcare foundation (CHFC) asked consumers what are the most acceptable ways to reduce harmful and wasteful medical care. They interviewed lower- to middle-income health plan members from Covered California and CalPERS and people with Medi-Cal. Participants got background information about the overuse of three common medical services — antibiotics for adult bronchitis, c-sections for first-time normal deliveries, and MRIs for common low back pain. These are their reactions:

To get the report, visit chcf.org.

Uninsured Rates Drop in Fresno While Access Challenges Grow
Fresno’s largely agricultural economy has grown, but it’s still one of the poorest areas in California. Many of those who had been uninsured have enrolled in Medi-Cal under the Affordable Care Act (ACA). This has helped bring financial stability to the health care sector, but it has compounded provider capacity constraints and access challenges, according a report by the California HealthCare Foundation. The report also reveals the following about Fresno:

Over the next several months, CHCF will be updating a series of issue briefs that examine the health care markets in seven regions of California: Fresno, Los Angeles, Orange County, Riverside/San Bernardino, Sacramento, San Diego, and the San Francisco Bay Area. For more information, visit chfc.org.

Employers Strive to Help Employees Gain Financial Wellness
Sixty-one percent of employers have adopted consumer directed health plans, which provide a personal savings account to offset employee’s deductibles. Employers are expanding health and wellness programs, or implementing cost sharing for some benefits, according to a survey by Prudential.

Brokers say that their roles are being affected by rising healthcare costs and healthcare reform, changing regulations, expanding web technology, and rising competition from non-traditional players. They say that their most important business objectives are retaining customers, increasing productivity and efficiency, and increasing customer satisfaction. Most employees say that voluntary benefits increase the value of their benefit program, even if the employee doesn’t participate. This varies by generation, with a greater percentage of Millennials finding value. For more information, visit www.news.prudential.com.

KnowMyCoPay
LifeScan has introduced KnowMyCoPay, a website and toll-free phone service that shows the lowest copays for diabetes test strips across major brands based on a patient’s health plan. The phone number is 844-807-8936. At KnowMyCoPay.com patients and providers can find out which products are preferred by the patient’s health plan. They can also review co-pay amounts for the top five brands of test strips.