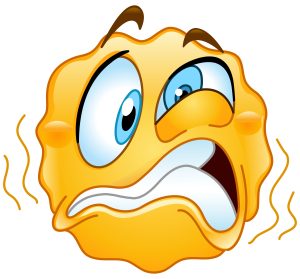 At least one organization is having deeply mixed emotions over recent action on surprise billing. Yes, we need surprise billing reform. But not this reform, says the American Medical Association. Calling it a surprise gift to the insurance industry, AMA blasted the Biden Administration’s interim final rule on surprise billing. The Chicago-based AMA says the rule will reduce health care options for patients.

“The interim final regulation… to implement the No Surprises Act ignores congressional intent and flies in the face of the Biden Administration’s stated concerns about consolidation in the health care marketplace. It disregards the insurance industry’s role in creating the problem of surprise billing at the expense of independent physician practices whose ability to negotiate provider network contracts continues to erode,” said AMA President Gerald A. Harmon, M.D.

The Biden Admin decision came just days after the AMA published the newest annual edition of Competition in Health Insurance: A Comprehensive Study of U.S. Markets with findings demonstrating the rise of highly concentrated markets for health insurance.  This year’s study contended that 73% of the nation’s insurer markets can be classified as “highly concentrated,” according to the federal government’s own guidelines.  The result is higher premiums and narrower provider networks, which the AMA charges are a root cause of the surprise medical billing problem.

The AMA is now urging the Biden administration to delay implementation and allow full evaluation of policies in the interim final regulation.

Recent analysis suggests the United States is not “making the grade” when it comes to infrastructure, having earned a C- on the 2021 Report Card on American Infrastructure produced by the American Society of Civil Engineers (ASCE). Although progress has been made in the past few years, a substantial gap exists between the infrastructure investment necessary to support continued economic vigor and growth and what is currently financed and projected to be financed in the near term.

In the United States, the ASCE estimates the funding gap to be nearly $2.6 trillion over the next decade. Further, at current rates of U.S. infrastructure investment, the ASCE projects this gap to cost the United States $10 trillion in aggregate forgone gross domestic product, more than 3 million jobs, and $2.4 trillion in exports through 2039.

The American Academy of Actuaries has published an issue brief, “The 80% Pension Funding Myth,” to alert the public, pension plan participants and other stakeholders, including policymakers, that the financial health or soundness of a pension plan cannot be reduced to a single measure or benchmark at a single point in time.

“While the funded ratio of a pension plan is certainly a useful measure, its reporting of 80% funding—or any other funded ratio percentage—simply doesn’t provide enough information to accurately gauge its financial health,” said Academy Senior Pension Fellow Linda K. Stone. “While the funded ratio is a useful measure and important aspect of a pension plan’s financial condition, it is most meaningful when viewed in the context of other relevant information. A plan that is funded at 80% at a single point in time could be anywhere in the spectrum from excellent to poor financial condition, depending on other factors.”

The actuary academy says that while it is unclear when widespread use began, an 80% benchmark has appeared in research reports, legislative initiatives, and in the media as a misleading bright line between healthy or well-funded plans and unhealthy or underfunded plans. The Academy’s issue brief notes:

Go to actuary.org to learn more!

“Today, we’re excited to announce the launch of our Breeze Agent Portal, which gives insurance agents the ability to leverage our underwriting technology. This means they can not only seamlessly quote and apply for income protection policies for their clients, but sometimes even instantly bind policies pending client eligibility,” said Colin Nabity, CEO & co-founder of Breeze.

Integrity Marketing Group, LLC, one of the larger independent distributors of life, health and wealth products, announced it has acquired Brokerage 1 Agency, an independent marketing organization based in Brunswick, Ohio. As part of the acquisition, Kurt Reichley, President of Brokerage 1, will become a Managing Partner in Integrity. Financial terms of the transaction were not disclosed.

North America’s largest premium finance company Imperial PFS® announces the launch of their much-anticipated insurtech product Quivit™. According to the company, Quivit is the first insurance-specific product to merge document signing, storage and an integrated payment processing system – allowing for both paid-in-full and financed transactions. The result is a streamlined workflow, transforming a complex, high-touch process into an efficient, digitally-driven sales closer.