This week California Senator Kamala Harris kicked off what will surely be a loooong and hard-fought race — with many contenders still to come–to win the Democratic nomination and ultimately try to dethrone President Donald Trump. In Des Moines, Iowa, a town that employs plenty of insurance industry folks, Harris was met with a round of applause when she said she sees the U.S. ultimately going toward Medicare-for-all health insurance. Of course, it was a friendly audience. But the Washington Examiner says:

“The shortcomings of Obamacare, the bungled Republican repeal efforts, and the mind-bending presidency of Donald Trump have all made ambitious Democrats such as Harris believe that the ground has fundamentally shifted in politics…At a minimum, Harris has obviously determined that this is worth the gamble.”

Yep. Gambles don’t always work out, but this is obviously something to watch!

LAAHU is now taking nominations for its Paladin Award, the organization’s most prestigious award. Nominees should be LAAHU members who:

Each year a six‐member committee comprised of four Paladin recipients, the immediate past president and the president‐elect select the nominee who best meets the established criteria.

Nominate any LAAHU member by sending in the name of the nominee and how they qualify for each of the criteria listed. Deadline to submit a nominee is February 15, 2019.  Send email to: info@laahu.org

Walk/Run for a Great Cause

LAAHU is having a charity run/walk on March 16 in Griffith Park. Proceeds will be donated to Fit 4 The Cause, a nonprofit that brings exercise and nutrition information to low-income communities. More info here.

More adults than ever since the Affordable Care Act took effect in 2014 now say they don’t have health insurance. About 13.7 percent of U.S. adults went without medical insurance in the fourth quarter of 2018, a new Gallup poll found. An estimated 7 million more adults are without health insurance now versus 2016 when the rate of uninsured dropped to a new low of 10.9 percent.

Adam J. Fein, over at Drug Channels, wants the world to know that too many politicians and journalists are repeating the false narrative of “skyrocketing” and “soaring” drug prices. He notes that hot-off-the-presses IQVIA data show that list prices for brand-name drugs grew by less than 6 percent in 2018. Net prices (after rebates and discounts) increased by a mere 1.5 percent. The 2018 figures mark the fourth consecutive year that net drug prices have grown by low-single-digit amounts, writes Fein. So that’s not really so bad, right? (By the way, if you want to know what IQVIA stands for, Wiki it. We can’t figure it out.)

The suite of solutions will initially include the following tax-advantaged accounts: a Health Savings Account to be used in combination with high deductible health plans; a Health Flexible Spending Account (Health FSA); a Limited Purpose FSA; a Dependent Care FSA; and a Commuter Benefit Account Voya’s solutions will include several key features:

In addition to the savings and spending features of all of the Voya Health Savings and Spending Accounts, HSA account holders with $2,000 or more in their HSA may choose to actively manage their account and select their investment options within their HSA. For the Voya HSA, Voya Investment Management is providing manager selection and oversight and has constructed the HSA investment menu that includes a mix of funds managed by Voya Investment Management as well as other well-regarded managers.

Mason Finance has recently published a free white paper on life settlements for the 65+ crowd. Download the paper here. 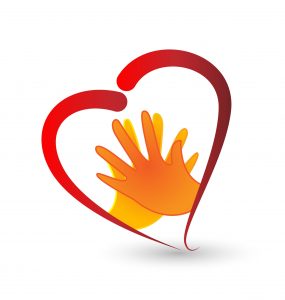 Aflac is once again listed on Black Enterprise’s prestigious list of the 50 Best Companies for Diversity. This marks the 12th time that Aflac has appeared on this annual list. Aflac’s workforce is comprised of 34 percent African-Americans and 45 percent ethnic minorities, while African-Americans make up 12 percent of Aflac’s officers, with 27 percent of officers being ethnic minorities. Of Aflac’s entire workforce, 67 percent are women.

According to Black Enterprise, to compile the list, Black Enterprise’s editorial research team, in partnership with the Executive Leadership Council, sends surveys to the nation’s top 1,000 publicly traded companies to get an in-depth look at the ethnic and gender composition, as well as their programs designed to foster an inclusive working environment. The annual survey focuses on African-Americans but includes other ethnic minority groups as defined by the U.S. Census Bureau. Any information provided by companies on diversity efforts targeted toward women, LGBT, the disabled and veterans is used as secondary, supporting data.
Way to lead, Aflac!

A leading educational and networking event for employee benefits brokers and agents. Cultivate important relationships and obtain the most practical industry education for positioning your business for sustainable growth. More info here.