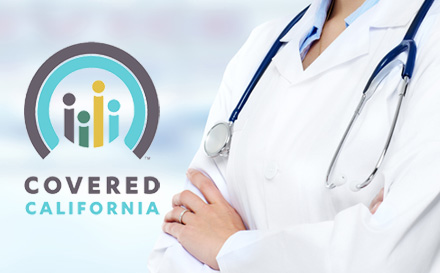 Simon Castellanos, CEO and president of Western Dental said, “For more than 50 years, Western Dental has been able to serve all Californians, including those most in need and covered by the state Denti-Cal program. However, the extremely low funding and reimbursement levels for the state program have finally proven impossible to bear. We… are hopeful that the Governor and Legislature will pass a budget that will enable more providers like us to maintain the oral care that so many California children and adults need.”

Insurance Commissioner Appoints New Leader of Enforcement
Insurance Commissioner Dave Jones appointed George Mueller as deputy commissioner of the Enforcement Branch of the California Department of Insurance (CDI). Mueller will lead the department’s law enforcement and criminal investigative functions. The enforcement branch is the largest component of the Department of Insurance and consists of 400 professionals, including over 200 sworn peace officers, who investigate various insurance crimes, including workers’ compensation, auto, homeowner, health, life, annuity, and disability insurance fraud and crimes committed by insurance agents and brokers and those pretending to be agents and brokers. A sworn peace officer, Mueller comes to the department from the Los Angeles County District Attorney’s Office where he was assistant chief of the Bureau of Investigation. Mueller has served in law enforcement since 1985 when he began his law enforcement career working for the City of Alhambra Police Department as a police officer and then a detective.

Public Divided Over Tying Requirements to Obamacare Subsidies
With the Supreme Court case King v. Burwell keeping Affordable Care Act subsidies in the news, HealthPocket conducted a nationwide poll about tying health insurance subsidies to personal requirements. HealthPocket found the public significantly divided on the subject of tying personal requirements to Affordable Care Act subsidies, with no position securing a majority of support and a significant segment of the public uncertain of their position.

Respondents who answered, “Yes, requirements would be fair” were asked, “In your opinion, what requirements should be placed on people in order to receive Obamacare health insurance subsidies?” Respondents could pick one or more answers from six options displayed in randomized order. The most popular was “abstain from illegal drug use,” chosen by 71% of respondents to the follow-up question. A prohibition on smoking was nearly as popular at 65%. Maintaining preventive care such as flu shots (43%) and maintaining weight below obesity levels (37%) both failed to attract support from at least half of respondents. Least popular among the subsidy requirements was requiring subsidies to be temporary (30%) and 8% of respondents to this question did not support any of the requirements listed among the options.

Kev Coleman, Head of Research & Data at HealthPocket said, “Given that healthcare costs are partially driven by behavioral issues such as diet and smoking, we may see future policy discussions that explore the pros and cons of tying health insurance subsidies to behaviors that seek to improve overall public health and reduce healthcare utilization.” For more information, visit HealthPocket.com.

Americans Flock to Canadian Online Pharmacies
In a new survey of about 2,700 American customers, the Canadian International Pharmacy Association (CIPA) found continued demand for ordering prescription medications online from licensed Canadian pharmacies. About 64% of respondents purchase some or all of their health maintenance medications from a non-U.S. pharmacy due to lower costs. Another 22% said medications are not covered under their insurance plan.

Twenty-five percent said that a lack of money has kept someone in their household from filling prescriptions during the past year. About 30% reported having to skip doses, split pills, or take similar actions to restrict their use of prescribed medications because of high costs.

Customers reported spending an average of $250 a month per prescription for a 90-day supply of prescription medications for personal use, and saving about $246 (or 50%) per month by importing their medications from Canadian pharmacies.

Without this option, about 32% say they would only be able to fill some medications, and 1% would not be able to purchase any of their medications. Previous reports have highlighted the issue of patients going off medications or rationing and the resulting harm to health along with the costs to the health care system. Further, since many who import their medications from Canada are seniors on Medicare, non-adherence and the resulting health implications and costs are a burden to the American taxpayer. Eighty-six percent of those surveyed are 55 years or older. Additionally, 57% say their health insurance is self-funded and that they must  cover the full costs of their medications. For more information, visit cipa.com.

“This new report…underscores the need for action by Congress to support patient access to essential medications. Moreover, a 2015 survey of 700 community pharmacists concluded that this situation has only become worse since 2013…

Patient access to these medications is threatened by more than their rising cost. Independent community pharmacies are absorbing unsustainable losses of $100 or more on these prescriptions because insurance middlemen known as pharmacy benefit managers (PBMs) may wait months to raise reimbursement rates to pharmacies to cover the higher costs.

This buy high, sell low situation threatens the viability of independent community pharmacies, which provide care in many underserved rural and inner city areas without other convenient pharmacy options. Already some pharmacies can no longer stock certain medications for patients because the reimbursement rates are so far below the cost of acquiring and dispensing them. Because of the lack of transparency, PBMs may be profiteering during…by charging health plans much higher rates than they reimburse the pharmacies.

We encourage lawmakers to cosponsor H.R. 244. This bipartisan legislation would ensure that federal health plan intermediaries, such as PBMs, update reimbursement rates for rising generic drug costs to keep pace with market conditions. It would codify and expand upon a requirement that Medicare has adopted for the 2016 plan year.” For more information, visit ncpanet.org.

What Every Patient Should Know about Medical Billing
Navigating the complicated healthcare financial system can be a nightmare with the smallest misstep costing thousands. Andrew Graham, the CEO of Colorado’s largest independent medical billing firm, Clinic Service Corporation, says that consumers can often avoid paying unnecessarily high fees with these tips:

FINANCIAL PLANNING
A Look at Women in Retirement
When it comes to retirement, women report more positive experiences, but they are also more likely to experience stress, according to a study by MassMutual Retirement Services. Twenty percent of women say they are at least moderately stressed in retirement compared to 15% of men. Women are also more likely to feel frustrated, sad, lonely and nervous. Forty-nine percent of women pre-retirees are at least moderately stressed compared to 38% of men pre-retirees.

Seventy-percent of men and 65% of women are extremely relaxed or quite relaxed in retirement. The study did not find a correlation between emotional well being and the respondents’ level of retirement assets. Seventy-four percent of defined contribution (DC) plan participants say they are extremely or quite happy compared to 68% who did not participate in a DC plan; 70% of DC plan participants say they are extremely or quite relaxed compared to 61% who do not have a plan. During retirement, women report having less free time than men and yet are more likely to have new experiences and find more time for friends. For more information, call MassMutual at 1-800-874-2502, option 4.

EVENTS
Video of Private Exchange Conference
The Institute for HealthCare Consumerism (IHC) is offering a video of its recent Private Exchange FORUM in Dallas. A replay of the general sessions costs $99 for employers and brokers/consultants. For more information, visit theihcc.com.

NEW PRODUCTS
Rollover Perks to Dental Members
Anthem Blue Cross introduced a dental rollover feature for large employer groups and national accounts that select Anthem’s dental plan. Employees can bring in maximum carryover amounts from their previous dental carrier and retain the balances they earned. Members who don’t reach $500 in claims get $250 in credit for each year they meet this criteria, up to $1,000. They can spend this credit on dental care (with the exception of orthodontia) in years when the member’s annual claims exceed their plan’s annual maximum. For more information, visit anthem.com.

Critical Illness Insurance
Transamerica launched of CriticalEvents – critical illness insurance that helps to ease the financial burden of a major health event. Features include the following: