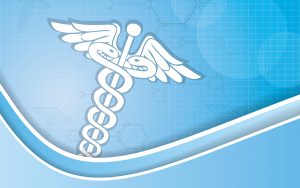 Covered California announced the rates and expansion plans for its small group health insurance exchange. The statewide weighted average rate increase is 5.9%, for employers and their employees beginning Jan. 1, 2017, which is down from the 7.2% increase in 2016.

Kirk Whelan, director of Individual and Small Business Outreach and Sales said, “The expansion of the small group market is allowing thousands of businesses to take advantage of the new control and choice now offered by Covered California for Small Business. Employers can select up to two adjoining metal tiers and then set their contribution level at one tier or the other. Meanwhile, the employee — knowing the employer’s contribution level — has the flexibility to choose which of the two tiers fits best with the employee’s budget and needs.” Whelan also noted that Covered California for Small Business operations are sound, with new employers being enrolled within three days of filing an application, and a year-over-year retention of almost 90%. There is also growing interest and participation among insurance agents certified to sell plans on the exchange. “We’ve seen a near doubling since 2014 in the number of agents writing policies, with many agents continuing to enroll multiple groups throughout the year,” Whelan said.

Peter Lee, executive director of Covered California pointed to the moderate rate change for Covered California for Small Business. “While some have focused on large potential increases in some parts of the country, there has been little attention paid to the fact that 2017 is a transition year for the individual market. It is important to remember how much of an impact the end of the temporary reinsurance program is having on rates, and the relatively low increase for small business helps focus attention on what stability can look like.” The reinsurance program was designed to moderate rate increases during the first three years while exchanges were being established. The American Academy of Actuaries estimates the removal added up to 7% to premiums for 2017. “Take that one-time adjustment away and the rate changes for individual and small group marketplaces in California would be nearly identical,” he added.

Workers Have Increased Cost Sharing
Medical insurance costs are contributing to working Americans de-valuing their employee benefits in 2016, according to a survey by the Guardian. Employers are asking employees to shoulder a larger share of costs: 54% are implementing HDHPs (up from 48% in 2014), and 49% are increasing cost sharing (up from 43%)

Benefits are still important. Three in five workers contribute to their financial security. But, they value them less in 2016 Generation X and middle income workers driving the decline. An unintended consequence of this financial stress is the risk working Americans are taking with their health. One in three employees with an HDHP has done the following:

HDHPs may initially help rein in medical costs, but it could be at the risk of higher catastrophic medical and disability claims. Employers that offer HDHPs can help employees fund out-of-pocket expenses through health savings accounts (HSA) and supplemental health benefits, but just four in 10 private employees with an HDHP also offer an HSA. For more information, visit this link.

Health Benefits in 2016
This year marks the fifth straight year of relatively low premium growth in health plans among private and non-federal public employers with three or more workers. Family coverage is growing 3% to 4% each year. However, deductibles continued to grow in 2016, according to a survey by the Kaiser Family Foundation and the Health Research & Educational Trust (HRET).

Eighty-three percent of workers have a general annual deductible compared to 74% five years ago. The average single deductible increased from $991 to $1,478. These higher deductibles have likely moderated premium increases.

ACA implementation is not causing major disruptions in the employer market. The employer responsibility provision was fully implemented in 2016. Virtually all employers that have 50 or more FTEs offer coverage that meets affordability and minimum value standards. Few employers changed working hours or hiring as a result of the provision. In fact, more took actions that increased coverage offers. Most large employers, have analyzed how the high cost plan tax will affect them if it takes effect in 2020. About 12% have taken some action in response to the tax. but few small employers have done so.

There are several emerging issues to watch. One is the growth of HDHPs.

Another issue is whether more small employers will stop offering health coverage.

These employers are not required to offer coverage under the ACA. In some cases, their workers have more affordable options in public marketplaces, which could encourage employers to stop offering coverage.

Plan Enrollment
Forty-eight percent of workers are in a PPO, which is the most common plan type in 2016. Twenty-nine percent are in a high-deductible plan with a savings option; 15% are in an HMO; 9% are in a POS plan; and less than 1% are in an indemnity plan. Fifty-two percent of workers who work for large employers are in PPOs, compared to 39% who work for small employers. Over the past two years, enrollment in PPOs has fallen 10%. At the same time, enrollment has risen 8% in HDHPs with a savings option. This has reduced the growth of single and family premiums by roughly a half percent each of the past two years.

Growing deductibles in PPOs and other plan types generally increase enrollee out-of-pocket liability. But the shift in enrollment to An HDHP with a savings option does not necessarily do so because most enrollees get an account contribution from their employers, which reduces the high cost sharing. Fourteen percent of people with a health reimbursement arrangement (HRA) and 7% of people with a health savings account (HSA)- get an account contribution for single coverage that’s at least equal to their deductible.

The out-of-pocket liability after HRA/HSA contributions is $1,000 or more.

Most workers have additional cost sharing for a hospital admission or an outpatient surgery:

Availability of Employer-Sponsored Coverage
Fifty-six percent of employers offer health benefits to at least some workers, similar to percentages in recent years. But fewer smaller employers offer coverage (10 to 49 workers). This trend precedes the ACA coverage expansions. Only 46% of employers with three to nine workers offer coverage compared to virtually all employers with 1,000 or more workers. Eighty-nine percent of workers are in a firm that offers health benefits to at least some employees, similar to recent years.

Taking full effect in 2016 is the ACA provision that requires employers with at least 50 full-time equivalent employees (FTEs) to offer health benefits to full-time workers. Ninety-seven percent of employers with at least 50 FTEs offer coverage to at least 95% of their employees who work 30 hours per week or more. Ninety-six percent offer a plan that meets the ACA standards for affordability and minimum value.

Employers have done or are planning to do the following:

Networks
Fourteen percent of large employers have high performance or tiered networks in their largest health plan, down from 24% last year. These programs identify providers that are more efficient or have higher quality care, and may provide financial or other incentives for enrollees to use the selected providers. Seven percent of employers offer a health plan with a narrow network, similar to the percentage reported last year. There is no difference between small and large employers on this measure. Six percent of employers say that they or their insurer has eliminated a hospital or health system from any of their plans’ networks to reduce costs.

Thirteen percent of people who work for small firms and 82% of those who work for large firms are in partially or completely self-funded plans, similar to last year.

Retail Health Clinics
Sixty percent of small employers and 73% of large employers cover services in retail health clinics, such as those in pharmacies and supermarkets. Ten percent give workers a financial incentive to get services in a retail clinic instead of visiting a traditional physician’s office.

On-Site Health Clinics
Five percent of the employers with at least 50 employees have an on-site health clinic. Eighty-six percent of those with an onsite clinic provide some services for non-work-related illnesses. Employers with at least 1,000 workers are more likely to have an on-site health clinic than are smaller employers (25% vs. 4%). For more information, visit kff.org.

Hospital Indemnity Plan
Bankers Life and Casualty Company introduced a hospital indemnity insurance plan. It provides cash benefits for hospitalization due to accidental injury or sickness. It can help cover out-of-pocket expenses that are typically not covered by private health insurance or Medicare, including deductibles and copays. The product can be paired with any major individual or employer-sponsored health plan. It pays fixed dollar cash benefits directly to the policyholder. For more information, visit bankerslife.com.

Payroll Processing
BenefitMall is offering one free year of payroll processing for new customers during September and October. BenefitMall will also be hosting an ACA Webinar on Wednesday, September 28. For more information, visit benefitmall.com.

Annuity With an LTC Feature
Genworth is offering IncomeAssurance, an annuity with long-term care features. The product is designed for people 70 or older who may need immediate care, but are too old or sick to purchase long-term care insurance. Unlike traditional long-term care insurance, you cannot be turned down due to your health; there are no claims to file or on-going health evaluations; and the income can be used for any purpose. Because this is a single-premium annuity, consumers don’t have to worry about LTC premium increases. For more information, visit genworth.com.

Webinar on Selling Annuities
On Thursday, September 29 the National Assn. of Fixed Annuities will provide interesting and entertaining insights about key trends and in annuity sales to consumer attitudes. It will be held 8:30 a.m. Pacific Time. For more information, visit NAFA.com.