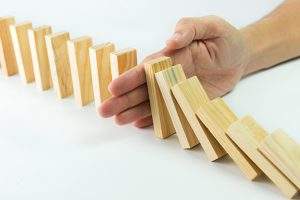 California Insurance Commissioner Dave Jones is urging the Dept. of Justice to block the merger of Anthem and Cigna. The merger, which is estimated to be worth more than $50 billion, would make Anthem the nation’s largest health insurer. Anthem’s market share would exceed 50% in 28 California counties and 40% in 38 counties. Jones said that the merger would reduce access to quality care, and reduce health insurance affordability. Under California law, the commissioner does not have direct approval authority over the Anthem and Cigna merger since Cigna is domiciled in Connecticut.

At a public hearing on March 29, Anthem executives claimed that the merger would result in $2 billion in savings. But Jones said that Anthem provided only vague and speculative assertions when asked to back up that claim. At the hearing, Anthem would not commit to pass any savings onto consumers through lower prices.

Over the next three years, Aetna will make several community investments to educate at-risk populations on their health care rights, increase access to care for low-income and underserved communities, and improve California’s health care infrastructure:

EPIC Becomes One of the largest Employee Benefit Broker in the Nation
EPIC Insurance Brokers & Consultants (EPIC) is now one of the 15th largest employee benefit brokers/consultants in the U.S. EPIC ranks 11 among the country’s fastest growing large group brokers/consultants, based on Dept. of Labor data, compiled by miEdge. “EPIC is now impressively at number 15 among the largest brokers/consultants in the country, and is very close to overtaking CBIZ at number 14,” according to miEdge CEO Mark Smith. EPIC’s rapid climb has been fueled by the acquisition of Ascende Human Capital Consulting in January 2016. The addition significantly expanded EPIC’s employee benefit capabilities nationally, adding nearly 100 top professionals and a strong client base in the Southwest to EPIC’s existing team of more than 200 employee benefits professionals across the country. For more information, visit epicbrokers.com.

Bill Targets Pharma Tactics to Delay Generics
The Senate Judiciary Subcommittee held a hearing on S. 3056, the Creating and Restoring Equal Access to Equivalent Samples (CREATES) Act. The bill would allow generic-drug companies to bring actions in federal court to get the drug samples they need to develop generic versions of brand drugs. It would authorize judges to award damages. Proponents say that the bill would prevent brand drug manufacturers from abusing risk evaluation and mitigation strategies to block generic competition. It would encourage more development of generic and biosimilar drugs and reduce drug costs. “This legislation will help bring generics to market faster, which is key to reducing drug costs,” said Pharmaceutical Care Management Association (PCMA) president and CEO Mark Merritt.

PBMs Object to Drug Price Transparency
Would prescription drug costs go down if drug plans were required to disclose wholesale prices? The answer is no, according to a report by Devon Herrick of the National Center for Policy Analysis. He said that trade lobbyists for pharmacies and drug makers argue that drug prices would be lower if drug plans had disclose the wholesale prices. Regardless of the industry, wholesale prices are often negotiated among private parties and are generally considered proprietary. “If competing hardware stores knew the exact wholesale prices Home Depot negotiated with suppliers, all competing stores would bargain aggressively for the same price. Over time, the likely result is that manufacturers would set one uniform wholesale price higher than the price volume purchasers would otherwise obtain. Highly competitive firms would no longer be able to leverage buying power and pass on discounted prices to consumers. Drugs are affordable for most consumers because of competition among PBMs. Taking away PBMs’ ability to compete by regulating price transparency would harm consumers in the long run,” says Herrick. For more information, visit ncpa.org/pub/a-bogus-solution-for-high-drug-costs.

The Top 50 Rx Drugs Filled in the U.S.
LowestMed released its list of the top 50 prescription drugs filled in the first quarter of 2016. Topping the list is Atorvastatin Calcium, Lipitor’s generic equivalent, which is used to treat high cholesterol. It also lowers the risk of stroke and heart attack. The top five filled drugs treat a growing number of Americans with high cholesterol, thyroid disorders, high blood pressure, GERD, and type 2 diabetes. The other drugs rounding out the top 10 also treat high blood pressure, and high cholesterol and chronic pain. These are the top 10 Rx drugs filled in the U.S. the first quarter of of 2016:

To get the complete list of the Top 50 Prescription Drugs, visit lowestmed.com.

Outpatient Providers Continue to Consolidate
Consolidation in the U.S. healthcare provider industry is likely to continue as CMS accelerates value-based care initiatives under the Medicare program, according to Fitch Ratings. CMS intends to have 50% of Medicare payments linked to value by 2018. Over the past few years, many healthcare providers have made acquisitions in the wake of a still largely undefined value-based reimbursement environment. According to Fitch Ratings, consolidation has accelerated since AmSurg Corp., an operator of ambulatory surgery center, bought Sheridan, a provider of outsourced physician staffing. For more information, visit fitchratings.com.

Hospitals Progress Slowly toward Medicare’s Goal of 50% Value-Based Reimbursement
A Health Catalyst survey finds that fewer than a quarter of U.S. hospitals are on track to hit the Obama Administration’s goal of providing at least half their patient care through value-based arrangements by 2018. These arrangement tie Medicare reimbursement to quality of care. Just 3% of health systems meet the target set by the Centers for Medicare and Medicaid Services (CMS). Only 23% expect to meet it by 2019, a year after CMS had hoped that half of all Medicare reimbursements would be value-based.

Sixty-two percent of health systems have less than 10% of their care tied to value-based contracts. That includes Medicare accountable care organizations (ACOs) and bundled payments. Smaller hospitals are five times less likely to have access to enough capital to make risk-based contracting work, according to the survey.

In the next three years, all but 1% expect to be engaged in at-risk contracts. Sixty-eight percent expect risk-based contracts to account for less than half their total care in that time frame. Only 23% expect value-based care to account for more than half of their care in the next three years. Fifty-two percent say that use of analytics is the most important factor in successful risk-based contracting, and 24% said that a focus on quality is most important. For more information, visit healthcatalyst.com.

Racial Disparities Are Revealed in Myeloma Treatment Patterns
Elderly African Americans have less access to certain types of treatments for myeloma, which is a type of blood cancer. They also wait longer for care. Total healthcare costs are similar to those of Caucasians, although African Americans have higher costs for hospitalizations, emergency visits, and skilled nursing facilities. Multiple myeloma is the second most common form of blood cancer in the United States, and the most common among African Americans. African Americans are twice as likely to be diagnosed with multiple myeloma, according to the study by Celgene. Over the past decade, novel therapeutic advances have significantly improved outcomes when patients have had timely care and treatment.. Dr. Manali Patel of the Stanford Cancer Center and an investigator in the study said, “African Americans may be more at risk for developing multiple myeloma than Caucasians, but they often can have a better prognosis when they get the proper care.” Dr. Mohamad Hussein, vice president of Global Medical Affairs for Celgene said, “We believe it is imperative to improve education, awareness and treatment access among African Americans, particularly since they are more predisposed to being diagnosed with the disease.” The study reveals the following:

Celgene created the “Standing in the Gaap for African Americans with Multiple Myeloma” program. The goal is to raise awareness about how multiple myeloma affects African Americans and to improve their care. In addition to addressing treatment disparities, the program is committed to understanding genetic differences to guide treatment and research. The program also aims to improve enrollment of African American multiple myeloma patients in clinical trials, which is critical to accelerating knowledge gathering and new discoveries for this highly fatal disease. For more information, visit celgene.com.

The market is expected to grow 284% during the next five years. The majority of U.S.-based payers and providers are poised to embrace health IT solutions and services. Population health management is expected to do the following:

Digital Economy Forces Insurers to Modernize
Insurance companies are increasingly joining the digital revolution as consumers shop with mobile phones and other digital devices, according to a white paper by Syntel. Seventy one percent of consumers have done digital research before buying an insurance policy, and about 25% purchase their plans online, according a survey by PwC. This number is expected to grow, particularly among the Millennial generation.

Most insurance companies are just focused on eCommerce. But some are also using digital capabilities to educate consumers. Nitin Rakesh, CEO and president of Syntel said, “Digital natives expect an omni-channel experience with greater accessibility and anytime, anywhere services — something that may be difficult for traditional insurers to deliver.” Rakesh says that insurance companies that use social media to engage customers will gain valuable insights on consumer sentiments, preferences, and behavior, which can guide good business decisions.

A recent report from IDC reveals that two-thirds of CEOs will focus on digital transformation strategies throughout 2016. In the past, transformation has been the dominion of CIOs, which underscores the increasing importance of these decisions. A Vertafore study finds that insurers that don’t automate face much lower customer satisfaction. The report also found that 67% of insurance consumers are open to bypassing traditional insurers to purchase plans, looking to digital leaders like Amazon and Google for services. Seventy-seven percent of companies that employ marketing automation saw higher conversion rates while 80% saw an increase in leads. For more information, visit syntelinc.com.

E-Signature Starter Kit for Agents
The ebook, “E-Signature Starter Kit for Agents” is a 10-minute read that explains the ABCs of electronic signatures. It shows how agents and BGAs are using e-signature technology to get documents securely signed online. To download the complimentary eBook, visit http://partners.insurance-forums.net/silanis-esignature-starter-kit-for-agents/

Aflac Enhances Short-Term Disability Insurance Policy
Aflac enhanced its short-term disability policy, which is designed especially for small-businesses. The Aflac Value Rider pays a cash benefit up to $1,000 for every consecutive five-year term that a claim is not filed on the policy (less any claims paid). There is also a guaranteed-issue conversion enhancement. For more information, visit aflac.com/disability.

Online Life Insurance
ValoraLife.com allows consumers to purchase life insurance online. Coverage is possible in about 30 minutes on the ValoraLife.com site, which is available now in English. It will be available in Spanish in mid-July. ValoraLife is backed by MassMutual. Bilingual customer service representatives can help through online chat or via phone if needed. The ValoraLife.com site also features easy-to-follow how-to videos, and a blog on topics such as health, finances, parenting and fulfilling promises to families.