Well, this is certain to give more fodder to the folks who believe the Trump Administration is sabotaging the ACA:

It looks like Anthem is finally going to put an unsavory incident that happened in 2015 behind them. Anthem executives reported in early 2015 that they had discovered that hackers had, apparently, gained access to computers containing protected health information for 78.8 million people.  Anthem executives said that they had reported the attack to the FBI. HHS OCR officials say they now believe that attack lasted from Dec. 2, 2014, to Jan. 27, 2015. Now this week Anthem and HHS OCR officials have agreed that Anthem will pay a $16 million “resolution amount” and implement a detailed corrective action plan. If Anthem pays the resolution amount and meets the terms of the corrective action plan, then HHS OCR has agreed to release Anthem from legal actions they might have against Anthem, under the Health Insurance Portability and Accountability Act of 1996 (HIPAA). A copy of the resolution agreement is here.

Amazon Enters Insurance Market in India. Is U.S. Next?

In late September, Bloomberg revealed Amazon’s filing with India’s Register of Companies, announcing its intent to sell life, health, and general insurance. The news follows intense speculation surrounding the technology and retail giant’s entry into the insurance industry and how it would impact U.S. insurers.

While industry experts and analysts express caution in sounding the warning bells for the U.S. market, Amazon has taken several steps in recent months that incumbent insurers should be watching. Tom Hammond, president of U.S. operations, BOLT, observes that once the company has mastered digital distribution in insurance in India, it could become a formidable challenger in the U.S. where incumbent insurers are still grappling with digital complexities. To learn more about the impact of Amazon on the insurance industry, including the major points insurers should be heeding, read Hammond’s thought leadership report.

A new report by the Kaiser Family Foundation shows substantial growth in the Medicare Advantage market with far more choice available in 2019 for Special Needs Plans and MA plans. The average Medicare Advantage beneficiary will be able to choose between health plans from seven different payers, and will be able to pick from multiple packages from each insurer, KFF said. Nine out of ten beneficiaries have the option to enroll in a $0 premium Medicare Advantage prescription drug plan (MA-PD), while 45 percent of beneficiaries can choose MA plans with no premiums. The study says customers are certain to reap the benefits of the increased competition.

Nationwide announced its plans to make health savings accounts (HSAs) available. The Nationwide HSA will be administered by HealthEquity, Inc. Of course, HSAs are an attractive savings vehicle because of a triple-tax advantage: tax-free employee contributions, tax-free investment growth and tax-free withdrawals for qualified medical expenses. A 2018 Alight study demonstrated that when workers are eligible to contribute to HSAs and 401(k)s, those who use both save more than people who use just one. The Nationwide HSA will allow participants to more efficiently track their 401(k), 457 and 403(b) plans along with their HSA, while offering access to education and investment selection.  Nationwide HSAs will be available beginning first quarter 2019. 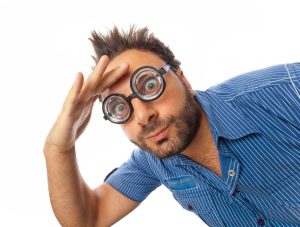 Watch for New DOL Fiduciary Rule Out Next year

It feels like we keep talking about this. Oh, wait, that’s because we do! It’s not quite over yet, folks…

The SEC announced in its fall 2018 reg agenda that the agency’s final advice standards package for advisors and brokers will be coming in September 2019. “The SEC is taking its time to evaluate the comments it received on Regulation BI and Form CRS,” Steve Saxon, principal at Groom Law Group, told ThinkAdvisor:

“This and the turnover in commissioners suggest that it is likely that we will see areas where the final rules are not identical to the proposed rules.”

According to Saxon, with both DOL and the SEC working on investor protection rules, this hints that the two agencies may be working together to develop coordinated rules to “protect American savers.” Hmm.

PrimePay announced a partnership with Employee Navigator, a provider of benefits and HR software, to simplify benefits and payroll administration. The partnership will allow brokers and small businesses access to technology that has traditionally only been available to Fortune 500 companies. By syncing benefits, payroll, and compliance systems into a single application, HR departments can reduce the amount of time they spend on administrative work. PrimePay supports benefits brokers across the country as a comprehensive solutions partner through its Broker Concierge program. PrimePay’s partnership with Employee Navigator offers brokers a total integrated solution, including the following products: Online Payroll, administration for health savings accounts (HSA), flexible spending accounts (FSA), health reimbursement arrangements (HRA), COBRA and commuter benefits, and with ERISA compliance, including Forms 5500 and nondiscrimination testing (NDT). Brokers can contact PrimePay immediately through the marketplace page by navigating to EmployeeNavigator.com/Marketplace/Partners and choosing PrimePay’s logo. 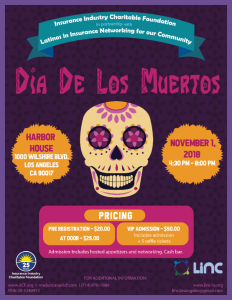 November 1- 4:30 pm – 8:00 pm
IICF and Latinos in Insurance Networking for our Community are proud to partner to present Dia de los Muertos. Enjoy hosted appetizers and an evening of industry networking for a good cause. Cash bar.
Pre Registration: $20.00, At Door: $25.00 VIP Admission: $50.00
– Includes admission and 5 raffle tickets. All proceeds benefit the IICF Community Grants Program and the LiNC scholarship program. Register here.

NAC3 Cryptocurrency Conference
December 8, Las Vegas
Come hang with Crypto Bobby, Ready Set Crypto, the Crypto Street Podcast crew and many more. This event’s focus will be on investment and how to take your gains to the next level in the current market. Register now for the early bird rate of $97. More info here.