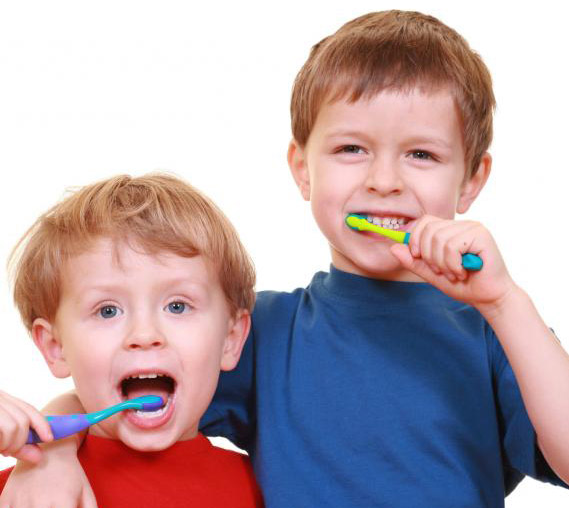 It’s time for California Broker’s annual survey of the state’s dental carriers. Survey answers have already been rolling in. If you’re a dental carrier and haven’t received your survey, please contact us pronto! Email editor@calbrokermag.com with the subject line “dental survey.”

“Justice” Dept Says it Won’t Defend ACA, McElvain Resigns
Last week Attorney General Jeff Sessions notified Congress that the agency will not defend the ACA against lawsuits brought by Republican-led states challenging its requirement that most Americans carry health insurance. In the wake of this unorthodox announcement that the top law enforcement officials will not defend a U.S. law, the Washington Post reports that a senior career Justice Department official has resigned. Joel McElvain, an expert in health insurance law who has worked at the Justice Department for more than 20 years, submitted his resignation letter Friday, the morning after Sessions made the announcement.

New Agents: A Look At Earnings

Do you know someone who just graduated from college? Maybe you should tell them this: With just three to five years of experience, insurance agency managers/owners are paid more than $90,000 on average, while sales producers earn close to $70,000. More than 40 percent of all insurance agents under age 40 earn above $75,000.  This is according to Insurance Journal’s annual Insurance Agency Salary Survey, which collects data on agency compensation for all positions and years of service, and its Young Agents Survey, which asks agents under the age of 40 for their opinions on the industry, the agencies where they work and their careers as independent agents. Like younger workers in other industries, though, insurance agents are impatient with some aspects. They want faster and better technology in their agencies and in the insurance companies they represent. They also want and need more diversity in the industry. But get this: Eighty-seven percent are optimistic about their careers. And almost 80 percent would recommend their career to others.

Medicare: Out of the Hospital and Into the Nursing Home Not Always Best
Health care providers have been unintentionally rewarded by decades of government payment policies, which gave both hospitals and nursing homes financial incentives for transfers from the hospital to the nursing home. In 2013, however, Medicare began fining hospitals for high readmission rates in an attempt to halt premature discharges and to encourage hospitals to refer patients to nursing homes with good track records of care.

Starting this October, the government will also give nursing homes bonuses or penalties based on their Medicare rehospitalization rates. The goal is to accelerate what seems to be a positive early trend: The rate of potentially avoidable readmissions dropped to 10.8 percent in 2016 from 12.4 percent in 2011, according to Congress’ Medicare Payment Advisory Commission.

But in California, one-fifth of the state’s 1,201 nursing homes send at least 24 percent of their Medicare patients right back for readmission to the hospital, according to a Kaiser Health News analysis of data on Medicare’s Nursing Home Compare Website. On the other end of the spectrum, the fifth of homes with the lowest readmission rates return fewer than 18 percent of their Medicare-covered residents to the hospital. If you’re in the Medicare market, you won’t want to miss this Kaiser Health News story that explores how Medicare payments and hospital readmissions influence care and what’s being done about it.

Ben, the Hodges-Mace avatar, is now being joined by some new friends. ClThe company announced that namesake Ben, used to provide clients with a personalized communication experience, is being joined by a team of new avatars that provide diversity and a more relatable experience to users.  Meet Liz, Tom, Ann, Jay and Sam. Now, clients can select which avatars are available to their employees, providing an even more personal experience. Employees will also be able to choose which avatar they have set to their default, controlling who speaks to them while they’re on the SmartBen Essentials system.

Follow The Drug Channel $
Adam Fein, PhD, CEO of Drug Channels Institute has an excellent post up titled  Profits in the 2018 Fortune 500: Manufacturers vs. Wholesalers, PBMs, and Pharmacies. This is a look at the crazy complexity of the U.S. drug distribution and reimbursement system. Fein writes, “Using the Fortune data, I explore the profitability and shareholder returns of the largest public drug wholesalers, chain pharmacies, and pharmacy benefit managers (PBMs). I compare these companies with the Fortune 500’s eleven pharmaceutical manufacturers and with a separate survey of independent pharmacies.” He makes five astute observations. Number one: drug channel companies are MUCH bigger than manufacturers. Number five ends by saying the “combination of the Trump administration’s drug channel focus and negative fundamentals seems likely to scare away investors in 2018.” So there’s that.

A Larger Trend?
Tim Laehn of Denim Labs writes in July’s California Broker that a number of accomplished insurance-industry executives have left their corporate posts in recent years to join startups:

Denim’s own Charlie Turri is also among these execs. For a preview on what Laehn discusses in his upcoming article, listen to an episode of the company’s podcast, Denim Rivet.

And Speaking of the July Issue…
We have lots more coverage on insurance industry disruption, including an article by Hixme CEO Denny Weinberg. And you won’t want to miss an excellent article by David Fear, Sr. of Shepler&Fear general agency on reference based pricing.

Advertisers: Please reach out to our new vp of marketing, Devon Hunter. Devon can be reached at devon@calbrokermag.com. Thank you for your continuing support!

Events provide an opportunity for membership to network with one another, advocate on behalf of fixed annuities and learn about ways to enhance distribution. Keynote speaker is journalist Fred Barnes. Info and registration here.

IICF Western Regional Forum
June 21, The Millennium Biltmore, Downtown Los Angeles
The one-day regional format provides opportunities for greater participation and networking with colleagues here in the West and beyond. There will be ample time for networking with speakers as well. Topic this year Drivingis Diversity: Cultivating Individual and Industry Confidence. Learn more at womensconference.iicf.org

CAHU Health Care Summit
August 7-9, San Diego Hilton, Bayfront
This year’s theme is “New Hope for the Modern Agent.” This year CAHU will be offering multiple Continuing Education tracks on Medicare, IFP and Group Benefits, Business Development and more. There will be two NAHU certification courses offered on August 7. Individuals who register for the Summit and a certification course will receive a $50 discount upon completing both registrations. Details here.