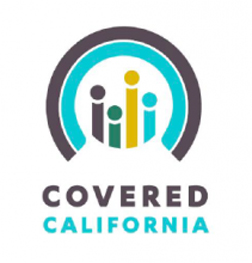 Covered California has outlined its plans to keep the state health exchange on pace for a full-scale launch on Jan. 1, 2014, reports the Sacramento Bee .

In the months leading up to next New Year’s Day, Covered California will use some of the new federal funds to develop a fully operational Web portal where consumers can shop for insurance policies. Before that, though, the organization will have scoured health plans to find those meeting its standards for quality. The goal is to eventually offer consumers apples-to-apples comparisons of health plans for purchase on the exchange’s website.

Covered California will have received nearly $1 billion in federal grants — starting from the first $1 million startup grant in 2010 when California became the first state in the nation to jump aboard the federal Affordable Care Act.

By the year 2015, the exchange must be self-sufficient and able to sustain itself financially. To that end, Covered California is looking for donations from community volunteers, houses of worship, foundations, and philanthropists. When it comes to signing up an expanded population for Medi-Cal, outside funding will have to be found since the state budget is off-limits for such uses.

The California Department of Insurance (CDI) has received $1.7 million in payments from two additional insurance companies that have entered settlements with the Department as a result of its investigation into their use of the “Death Master” database. Commissioner Dave Jones said, “As other insurers have done, AIG and Nationwide Insurance Companies were found to have selectively used the Death Master File database to cut off payments to annuity holders, but did not use that database to identify deceased life insurance policyholders and pay their beneficiaries. These settlements end that practice. I strongly encourage other insurers to come forward and enter similar agreements. Insurers should pay policy proceeds to beneficiaries of deceased policyholders immediately after the insurers learn from the Death Master File that the policyholders have died.”

Commissioner Jones deposited the $1.1 million from AIG Insurance Company, and $697,000 from Nationwide Mutual Insurance Company into California’s General Fund as part of a multi-state settlement agreement. CDI also deposited $150,000 from each settlement payment into the insurance fund for reimbursement of costs associated with investigation and enforcement of the settlements.

Aflac is offering an enhanced short-term disability insurance policy California. The supplemental insurance policy offers a guaranteed-issue option and increased benefits. It includes the following changes:
• The maximum monthly benefit has been raised to $6,000.
• The minimum income requirement has been reduced to $9,000 a year.
• The minimum hours requirement has been reduced from 30 hours to 19 hours a week.
• After 90 days of being disabled, the premium is waived until the benefit period expires.

Guardian Life has seen a 12% increase in its nationwide network of PPO dentists. From January 1, 2012 to January 1, 2013, adding 9,940 unique dentists at 18,751 locations, making it one of the largest PPO networks in the country with over 88,500 dentists at more than 200,000 locations. The company has added 570 unique PPO dentists in California. For more information, visit http://www.aboutemployeebenefits.com.

The Centers for Medicare and Medicaid Services has sanctioned the CVS SilverScript Medicare Part D prescription drug plan because of claims processing issues. As a result, CVS has suspended enrollment and stopped all marketing activities while it works to resolve service issues. CVS says that an enrollment system conversion caused problems with enrollment processing. In some instances, consumers were not able to have claims adjudicated at the pharmacy. As a consequence, the Centers for Medicare and Medicaid Services (CMS) has placed SilverScript on intermediate sanctions, effective as of 11:59PM EST January 15, 2013.

The CMS action does not affect SilverScript members; they will continue to have access to covered services. The action does not affect existing employer group health plans or CVS Caremark health plan clients. The company estimates that the sanctions should not have a material affect on its 2013 earnings. “We take these issues very seriously and are committed to working swiftly with CMS officials to address their areas of concern. We also want to commit to members who experienced enrollment issues that we will resolve these expeditiously,” said Jon Roberts, president of the pharmacy benefit management business of CVS Caremark.

Will Health Reform Bankrupt the Carriers?

The Affordable Care Act will put health insurers out of business if it’s fully implemented in two to five years, warns Jeff Kubik, founder and CEO of Employee Benefit Risk Management (EBRM). Having guaranteed issue without the ability to differentiate risk will bankrupt health insurance carriers. A great example is the death spirals always found in association groups or the disaster of multiple employer trusts, explains Kubik.

He says that, if ACA drives the private market out of business, a huge wave of shifted costs will swamp Medicare and Medicaid because the hidden tax subsidy from the private sector has to come from somewhere. Kubik predicts that demographics and technology will guarantee rising healthcare costs and that the public sector has no ability to control these inevitable cost increases. A good example is with the substantial rate increases scheduled to take place under Obamacare. Politicians won’t reduce benefits or increase revenues because it affects their ability to be elected. Traditional governmental methods of inflating their way out of debt won’t work, since health care costs historically rise faster than other costs, he explains. A better solution is to return all health care to the private sector, which is constrained by economics and cannot over promise without going out of business, he said. For more information call Falk Associates at 773-883.2580.

Unintended hospital readmissions have become a key quality-of-care indicator. A study led by Boston Children’s Hospital looked at readmission rates at dedicated pediatric hospitals nationwide and found great variability. Findings appear in the January 23/30 issue of JAMA. Researchers say that the reasons for the varied readmission rates may include differences in hospital care, follow-up care outside of the hospital, as well as community and family factors that influence child health.

Some hospitals and their local health systems had very low readmission rates for diseases that tend to have much higher rates, says first author Jay Berry, MD, MPH, a pediatrician in the Complex Care Service at Boston Children’s Hospital. “We want to know whether there is something these hospitals and systems are doing to more effectively transition their children home.”

The study reveals the following:

“The variation…at different hospitals suggests that there is room to improve. The effort, though, will involve more than just hospitals. Community clinicians and organizations have a role to play as well. Parents also need support in being able to stay home with their recuperating children…There are some children with complicated medical needs who have really high readmission rates. Let’s figure out what’s going on and see if there is an opportunity to make their care transitions better,” says Berry. For more information, visit http://vectorblog.org.

Americans Are Satisfied with Their Benefits

Seventy-three percent of Americans surveyed by the Employee Benefit Research Institute (EBRI) are satisfied with their health benefits while 15% would accept lower wages to get more health benefits, and 9% would surrender health benefits for higher wages. Workers want more choices, but most are confident that their employers or unions have selected the best available health plan. They are not as confident in their own ability to choose the best plan if their employer stopped offering coverage. If employment-based coverage became taxable, 39% of individuals would continue with their level of coverage compared to 29% in 2011. For more information, visit www.ebri.org.

Eighty percent of employers surveyed by Aon Hewitt are making financial wellness a top priority in 2013. Sixty-one percent are looking beyond participation and savings rates to help workers evaluate their retirement readiness, up from 50% in 2012. Additionally, 86% of companies plan to focus communications initiatives to help workers determine how much they need to save for retirement. The survey also reveals the following about employers:

• 76% offer target-date funds as a simple and straightforward approach to investing, and 35% of those that do not are likely to add them in 2013.
• 64% offer managed accounts and online third-party investment advisory services, up from 40% in 2012.
• 52% will use podcasts to educate their workers on retirement benefits in 2013 and 42% will use text messages.
• 37% have recently reviewed the total DC plan costs (fund, recordkeeping, and trustee fees). Ninety-five percent of those that have not say they are likely to do so in 2013.
• 35% have already reviewed defined contribution fund operations, including fund expenses and revenue sharing, and 87% plan to do so this year.
• 31% recently changed their defined contribution plan fund lineup to reduce costs and 52% of the remaining employers say they may do so in 2013.
• 28% offer in-plan retirement income solutions including professionally managed accounts with a draw-down feature, managed payout funds, or insurance or annuity products that are part of the fund line-up compared to 16% in 2012. Thirty percent of employers that do not have these options say they are likely to add them in 2013.
• 18% use social media to communicate with workers compared to 6% in 2012.

Features like target-date funds and managed accounts take some of the guess work out of investing, which can help workers stay on track with their savings goals, said Patti Balthazor Björk, director of Retirement Research at Aon Hewitt. It is critical for 401(k) investors to rebalance their portfolios periodically to ensure that their investment risk exposure meets their needs. “However, we know that most rarely, if ever, do so because they are overwhelmed or unsure about their investment choices,” said Björk. For more information, visit www.aonhewitt.com.

Most employees want more support in their efforts to save for retirement. And they want their employer to increase their savings rate automatically, according to a survey by State Street Global Advisors (SSgA). Researchers surveyed more than 1,000 employees who participate in 401(k), 403(b), 457, and profit sharing plans. Employees said the following:

Fredrik Axsater, managing director and head of global Defined Contribution for SSgA said, “Many of our plan sponsor clients have expressed some hesitancy about automatically increasing savings rates for their employees. We hope this survey will help convince employers to prioritize savings adequacy in 2013.” He said that employers can help employees by explaining the benefits of target date funds and providing access to online interactive planning tools during enrollment. Employers can also support better decisions at the time of exit by providing employees with a clear illustration of their options, including the pros and cons. For more information, visit www.ssga.com/dc/theparticipant.

Nationwide Financial is boosting its “America’s marketFLEX” series of variable annuity products with 10 guidance models and two fund options sub-advised by Loring Ward. It combines the protection of a variable annuity with the enhanced risk management and diversification provided by extended investment options, including alternative investments. The Nationwide Guided Portfolio Strategies provide a simpler way to use alternative investments and potentially reduce and manage risk for clients. This easy-to use, check the box solution for advisors, includes 10 pre-packaged options focused on alternatives. The GPS models are anchored around Cardinal funds, which are actively managed. For more information, call 800-321-6046.

CANNEX is offering annuity and retirement income educational tools. The tools include personalized, video-based illustrations using a client’s profile data and choices, such as the type of income annuity contract being considered. The tools are available to advisors through CANNEX Retirement Income Product Exchange, which enables advisors to price- and feature-shop from among hundreds of fixed deferred and income annuity products. For more information, visit www.cannex.com.

Health Advocate is holding a series of webinars in 2013. The first webinar, Data Warehousing and Predictive Modeling, is scheduled for January 31 at 10:00 am and 11:00 am Pacific. It will cover how the use of health informatics is uncovering medical cost drivers and gaps in care. It explains how the use of this information can improve employee health and reduce healthcare spending. To learn more, visit www.healthadvocate.com.

Webinar on Health Care Reform For People with Disabilities

The United Spinal Association is hosting a free webinar on January 30th that provides a detailed overview of health care reform and how it will affect access to health insurance for people living with disabilities. For more information, visit http://www.profnetconnect.com/HeatherL_Ansley