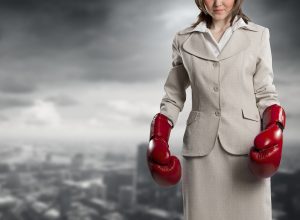 There’s still time to register for the California Health Underwriters 2017 Capitol Summit & Expo (#CAHUFightsForYou) at the Sheraton Grand Hotel in Sacramento. Featured speakers for the May 8-10 event include:

Repeal & Replace Watch: 5 Ways Healthcare May Play Out
California Healthline’s Julie Rovner says Republicans’ options to fulfill their seven-year effort to repeal and replace the Affordable Care Act are getting narrower. The latest snag is over preexisting health conditions. An amendment that would allow individual states to determine if insurers can refuse coverage based on preexisting conditions has garnered the votes of reluctant conservatives, but left some moderate Republicans concerned. House leaders are still working to muster a majority to pass the bill, which was originally scheduled for a full floor vote in March.

Here are some ways that Rovner says effort could play out:

1. The House passes its bill soon.
Approval in the House would send the measure to the Senate, where the fight will be very different. Congress is using a special budget procedure that allows the bill to pass with 51 votes. There are only 52 Republicans in the Senate, so they can’t afford to lose more than two GOP votes, assuming every Democrat opposes the measure. In that case, Vice President Mike Pence would break a tie.

2. The House walks away from the debate.
In theory, the House could just leave health care for another day — or another year. That would be a huge setback for President Donald Trump, who campaigned on a pledge to “repeal and replace” the health law, as well as for congressional Republicans, who have been promising to do the same since the bill became law in 2010. But if ACA implodes for 2018, meaning insurers drop out of so many areas that millions of people have no insurance options, it could trigger an entirely different health debate.

3. The House decides to switch gears to tax reform.
Health care is not Republicans’ only high priority. So is an overhaul of the federal tax code.

But Republicans want to use the same budget reconciliation procedure to pass their tax plan. That’s a problem. In order to make sweeping tax changes under expedited budget rules, the House and Senate would have to move on to a fiscal 2018 budget resolution, which would override the 2017 budget blueprint. But as soon as it does, the protections for the health bill would expire.

There is another option. Each budget resolution can allow one spending bill and one tax bill to be protected by reconciliation rules. So Congress could simply start the process over in a 2018 budget resolution that would allow it to move on tax reform and changes to the health law simultaneously.

4. Congress tries to overhaul health law incrementally.
The House could abandon the budget process and simply pass bills without regard to whether they have an effect on the budget. The first step, though, would likely be for the House to repeal the ACA wholesale — giving Republicans political cover. Then they could take up smaller pieces of legislation, such as a bill that would allow health insurance to be purchased across state lines. Those bills, however, would require 60 votes in the Senate, which seems unlikely given Democratic opposition. If the GOP efforts to bring wholesale change to the ACA are exhausted, though, it may be possible for some moderate Republicans to craft legislation with Democrats to fix some of the issues that both parties see in the law.

5. The Senate gets rid of the legislative filibuster.
The Senate earlier this year abolished the need for 60 votes to fill a Supreme Court seat, which got Neil Gorsuch approved. Trump has been calling for Republicans to also get rid of the filibuster for legislation. “Either elect more Republican Senators in 2018 or change the rules now to 51%,” he tweeted on Tuesday.

But the legislative filibuster is the last protection for a Senate minority party, and Republicans know they will someday be that minority again. Senate Majority Leader Mitch McConnell (R-Ky.) has said repeatedly he has no intention of taking this step, telling reporters Tuesday it “would fundamentally change the way the Senate has worked for a very long time.” And even if he changed his mind, he might have trouble persuading some of his Republican colleagues to go along.

IRAs: More Auto-enroll Needed
In 1974, IRAs were included in ERISA to ensure that people without an employer-sponsored plan had a way to save on a tax-preferred basis. More than 40 years later, IRAs have become primarily a receptacle for rollovers from employer plans, according to a new brief published by the Center for Retirement Research at Boston College.

The brief’s key findings include:

Survey Finds Retirees Lack Financial Literacy
A new survey by The American College of Financial Services found three in four retirement-age Americans fail a quiz on how to make their nest eggs last throughout retirement and fewer than 1 percent ace the test. Quiz takers between the ages of 60 to 75 with at least $100,000 in assets didn’t know much about a variety of vital topics, including paying for long-term care expenses, investment considerations, strategies for sustaining income throughout retirement and life expectancy.

“Over the next 12 years, an estimated 10,000 Baby Boomers will reach the age 65 every day,” said David Littell, Retirement Income Program Co-Director at The American College of Financial Services. “More and more Americans are retiring but so few understand basic facts and strategies when it comes to ensuring that their retirement is a comfortable one. The results of this survey are alarming and a stark reminder of the need to be prepared for the decades in retirement when you are not earning a steady stream of income.”

Retirement literacy rates appear to correlate with better retirement planning. Respondents who passed the quiz were:

ACFS’s Littell and Jamie Hopkins will discuss the findings on a webcast held at 1:00pm ET on Wednesday, June 21, 2017. Register for the free, live webcast here: http://knowledge.theamericancollege.edu/ricp-literacy-survey-webcast-register-now/

Life.io and LIMRA Announce Partnership for FitBit-style Policyholder Engagement
Life.io and LIMRA announce they have entered into a strategic partnership designed to “accelerate the transformation of the customer experience within the life insurance industry.” LIMRA’s research has revealed that as consumers have become more diverse, their needs and expectations have become more distinct. And as they’ve grown more accustomed to personalized products and services in their day-to-day lives, they expect the same kind of individual relationship with their life insurer. Enter Life.io’s ENGAGE, a platform that helps policyholders set and achieve their life goals in health, finances and lifestyle. The platform is intended to help insurers offer a personalized policyholder-centered customer journey, increasing engagement and delivering more value to policyholders. The Life.io dashboard and reporting tool is reminiscent of a FitBit exercise tracking dashboard. Click here to take a look.