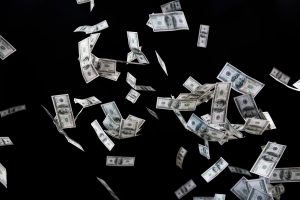 The Congressional Budget Office estimates that should the legislation be enacted, it will cost taxpayers $51.6 billion over the next decade. The House Rules Committee is meeting today to prepare the measure for a floor vote.

A California judge dismissed a lawsuit filed by Aetna against the non-profit Consumer Watchdog and law firm Whatley Kallas, LLP over Aetna’s disclosure of members’ HIV status. The Ruling came in response to the groups’ filing of Anti-SLAPP (“Strategic Litigation Against Public Participation”) motions. Consumer Watchdog released a statement noting that on page 9 of the Ruling, the Court said:

“The fact that Watchdog is named [in the Aetna’s lawsuit] leads the court to conclude that the situation is a classic case of an attempt to chill and in this case punish the original plaintiffs for exercising their right to address a grievance. . . . [Consumer Watchdog and Whatley Kallas’] actions clearly arose out of their involvement in representing their clients in the settlement and this current lawsuit for indemnity is a way of punishing the lawyers directly and the original plaintiffs indirectly for the underlying lawsuit.”

This matter stems from a lawsuit filed by Consumer Watchdog and Whatley Kallas against Aetna for its improper disclosure of the HIV positive status of thousands of its members.  If you’d like to see the letter that Aetna sent to HIV participants that has generated all these suits, take a look at the photo that accompanied this NPR story. Aetna has charged that Kurtzman Carson Consultants, an administrative support company for legal and financial businesses, is to blame for the mishap. In February Aetna also sued Kurtzman Carson.

This is an obvious win-win particularly for millennial employees and the employers who want to hire them.

Landmark announced will begin offering six new group voluntary plans, three chiropractic plans and three acupuncture plans. An employer may offer one or more plans to their employees so long as a minimum of two employees enroll in each plan offered. These new plans replace the old Basic Chiropractic Plan that was previously offered. All groups enrolled on an old plan design will be automatically moved to a new plan at renewal. For more information, including the rates and plan designs, download Landmark’s Group Voluntary Chiropractic and Acupuncture Plans PDF. You can also call (800) 298-4875, Option 5 or email  sales@LHP-CA.com.

Penn Mutual Life Insurance Company will be providing Wamberg Genomic Advisors Cancer Guardian™ program to its associates, plus their spouses and dependents, starting October 1. Cancer Guardian is a program that provides guidance, resources and access to leading-edge DNA testing at the time of a cancer diagnosis.  Wamberg recently announced enhancements to Cancer Guardian to now include expanded Comprehensive Cancer Support.

Consumer research firm Practical Perspectives recently announced the findings of their national, online survey of more than 350 advisors, almost half managing $50 million to just under $250 million in assets. Most respondents work as solo practitioners or as members of a small team. The purpose of the survey was to learn how advisors view their future and the challenges ahead.

Among the survey’s takeaways:

Download the full report here.  Or read more about it on ThinkAdvisor. 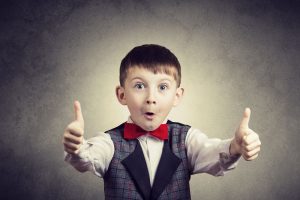 Lemonade Becomes First U.S. Insurer to Commit to Not Investing in Fossil Fuels

Insure Our Future, a campaign to get the U.S. insurance industry to ditch ties with fossil fuels, has announced that Lemonade, an insurance company powered by AI, will become the first U.S. insurer to commit to never invest in fossil fuels, urging other insurers to follow suit. Insure Our Future and Lemonade’s announcements became public during a panel at the Global Climate Action Summit, which featured California’s Insurance Commissioner Dave Jones and representatives from major insurers, climate advocacy and consumer organizations. The panel discussed the important role the insurance industry can play in decarbonizing the economy.The campaign launches almost two months after 17 leading consumer, climate and social equity NGOs sent a letter to 22 major U.S. insurers, urging them to stop insuring and investing in coal and tar sands and to scale up their support for clean energy. In a written statement Insure Our Future namechecked many major insurers, including AIG, Liberty Mutual, Berkshire Hathaway, Prudential and MetLife. The organization says that so far none of these companies has substantively responded to the July 13 letter.

Genworth was named the winner of a gold Stevie® Award in the Financial Services category of The 15th Annual International Business Awards® (IBA) for its new website, www.genworth.com. The company aimed to devote the site to helping families understand and prepare for the impact of growing older on their health, families and finances. Genworth’s website also was recognized by the dotCOMM Awards for excellence in web creativity and digital communication with a Platinum Award, the top award in the Website/Finance category. The dotCOMM Awards is administered by the Association of Marketing and Communication Professionals.  Way to go, Genworth!

Lucens Group announced recognition by Inc. Magazine as one of the 5000 fastest-growing private companies in the United States. Lucens came in at 717. The company  says its success is due to the increased interest by insurance carriers  and claimants in simplifying various aspects of the claims process and enhancing the overall claimant experience.

Aflac celebrated its 2017 corporate social responsibility (CSR) accomplishments by unveiling its 2017 CSR Report: More Than a Promise. The comprehensive report highlights the actions and initiatives led by the company’s leaders, employees and independent sales agents to bring value to the community through ethics, diversity and inclusion, philanthropy and sustainability.

Dickerson Insurance Services, an Alera Group Company, welcomed Jennifer Belvin to its Inland Empire team of field sales executives. Belvin brings more than 25 years of employee benefits experience in sales and account management from both the GA and broker side of the industry. She has also served as a board member for the Inland Empire Association of Health Underwriters. Belvin can be reached at jennifer@dickerson-group.com or direct at (951) 505-0175.

MDRT announced its 2019 Executive Committee. Ross Vanderwolf, CFP, began his one-year term Sept. 1 as president and Randy Scritchfield, CFP, LUTCF, is the newest addition to the team as secretary.  Congrats Randy and Ross!

Learn what Oscar is doing to help producers grow their IFP business, on and off-exchange. Ask your small group GA, or register here.

Life Insurance Direct Marketing Association is the life insurance industry’s most focused gathering of high performance direct response marketers, producers, underwriters and service providers who are driving positive changes in the distribution of life insurance in order to benefit middle market consumers. Attendance at the LIDMA Fall Meeting & Showcase is available only to LIDMA members.  This year LIDMA is also offering a discounted annual membership fee for first-time producers for $495, which is half off.  Information on the various membership categories and pricing is available at www.lidma.org.