Earlier this year the U.S. House of Representatives passed the SECURE Act, which will modify some of the current laws that govern retirement plans. SECURE is the acronym for Setting Every Community Up for Retirement Enhancement. Overall, the legislation makes it easier for Americans to save money for retirement and contribute to their IRAs longer, while possibly creating new tax credits for small businesses that establish 401k plans for their employees. Given that one quarter of Americans have no retirement savings whatsoever–and 13% of those workers are 60 or older – additional incentives should be considered of critical importance.

One of the provisions of the SECURE act is extending the Required Minimum Distribution age out to 72 years old from 70 ½.  Allowing  individuals who are still working to delay distributions for an extra year-and-a-half while allowing continued contributions could benefit one’s portfolio significantly.  While this is a positive aspect of the legislation, it probably won’t have a huge net effect for individuals currently saving for retirement and building their IRAs.

A lesser-known provision, however, could have a dramatic negative impact and will significantly affect rules for non-spousal beneficiaries inheriting retirement plans.  This impact deals with a beneficiary’s ability under the current law to “stretch” an inherited IRA. It is generally recommended for the non-spouse beneficiary to take distributions over their lifetime (per IRA Required Minimum Distribution Tables) – commonly referred to as a “Stretch-IRA.”   The value of this for a beneficiary is they potentially can also stretch out the taxes due over a long period of time.

The pending legislation would simply scrap this widely used strategy. Based on what we know about the SECURE act, beneficiaries would need to deplete the inherited retirement assets in just ten years. Since Congress passed the legislation overwhelmingly and in bi-partisan fashion, this dismantling of the Stretch-IRA appears to be a fait accompli.

The requirement to take the funds out over a shorter time period could greatly spike annual taxable income compared with taking distributions over a beneficiary’s lifetime. While the Senate’s version of the bill (RESA 2019) contains exclusions to provide some tax relief, it remains entirely unclear if those provisions will become part of the final law.

The implications for California residents could be particularly significant. Home to beaches, deserts, mountains, our state also boasts some of the highest tax rates in the nation. The rates in California range from 1% to 12.3% with a 1% surcharge for those with incomes over $1 Million. And that top marginal income tax rate of 13.3% is the highest in the country.

According to the Census ACS 1-year survey, the median household income in 2017 was $71,805. For a 50 year-old taxpayer earning that median income, and who just inherited a $400,000 IRA, under the SECURE Act they would now need to take $40,000 (assumes no growth over the term of distribution) out per year for ten years. If that taxpayer is married filing jointly, their income would jump from the California median $71,805 to $111,805, while their state tax bracket would shift from 6% to 9.30%.

Likewise, a high-earning California resident in the same scenario would be adding these distributions to their annual income. If that additional income takes them to the top bracket, they could see roughly a 50% tax rate (37% Fed and 13% CA State).

When we start looking at available strategies to mitigate the higher tax impacts of this legislation, it becomes clear that pre-planning is essential. For individuals with large IRA balances, it could be time to spend more of their IRA’s and retirement accounts, as it is not a great asset to leave to heirs. Current law allows certain non-retirement assets to receive a step-up in basis. Assume you bought a house many years ago for $300,000 and it is now worth $1 million. Your heirs would inherit the house at the basis value upon your date of death, representing a step-up in value and potentially avoiding capital gains on the $700,000 of appreciation. For this reason, non-retirement assets tend to be more tax efficient.

Roth IRA and Roth IRA conversions are also a great estate-planning tool, as the distributions for these assets are not taxable. Consider gradually converting your traditional IRA to a Roth IRA. You will owe taxes upon conversion, but if you expect rates to be higher in the future, you and your heirs could benefit.

Additionally, sending your annual distribution directly to a charity is a great way to give, and sidestep current income taxes. While you will not receive a charitable deduction, you will not realize the income. You could also leave your traditional IRA to a charitable remainder trust. The trust would pay income to your beneficiaries for their life or a certain amount of time. Once the beneficiary dies the charity will receive the remaining assets.

For insurance brokers, one solution would be to use the income from the IRA to purchase life insurance that will provide a tax-free death benefit which can replace the spent asset. Taxes and income needs certainly should be reviewed before adopting such a plan, but for those that do not need the income, this may be a viable solution.

To put in perspective how this will affect America’s aging population, one needs only to consider the very significant amount of wealth in this country. According to WealthX, a global research and insight organization, by the year 2030, more than $15 trillion in wealth will be transitioned from one generation to the next. Some $8.8 trillion of this generational wealth-shift will occur within the United States. While still relatively young on average, as California’s population ages in the next ten years, many more households will be impacted to a significant degree. It’s not too early to have a plan in place. 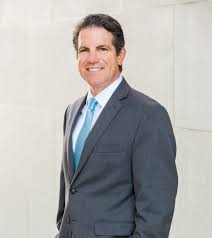 Morgan Christen is CEO and Chief Investment Officer of Spinnaker Investment Group, and has more than 26 years of professional experience offering clients full service independent wealth and investment management services. Christen has earned the Chartered Financial Analyst (CFA), Certified Financial Planner (CFP®) and Certified Divorce Financial Analyst (CDFA®) designations, and served as a board member of the CFA Society of Orange County. He has a Bachelor of Science Degree in Business Finance from the University of Southern California, and an MBA from Pepperdine University.