Researchers and legislators recognized that the population most vulnerable to rising prices was senior citizens and in 2006 a landmark agreement was signed by Congress to provide Medicare prescription drug benefits.

Since its inception, enrollment in Part D coverage has steadily increased. Last year, more than two-thirds (44 million) of the 57 million individuals who enrolled in Medicare also enrolled in a Part D plan. Of those, nearly six in 10 (58%) enrolled in stand-alone PDPs, while just more than four in 10 (42%) enrolled in MA-PDs.

By 2060, the number of Americans aged 65 and older is projected to more than double, to over 98 million. By then, the age group’s share of the total population will rise to nearly 24%.

Considering projected increases in both the Medicare-eligible population and the increasing proportion of its members electing to enroll in Part D coverage, selling these plans remains a large—and growing—opportunity for health insurance brokers across the country.

Your members who take few or no prescription drugs may ask why it’s worth enrolling in a Part D plan.

The answer is simple: like all kinds of insurance, PDPs protect members against high drug costs if and when they do need them in the future.

Encourage these clients to enroll in the available plan in their area with the lowest premium—so they benefit from coverage, but only incur minimal costs.

If your members prefer to delay enrolling in a PDP but have no other drug coverage, make them aware of the consequences. First, they will only be able to sign up during the Annual Election Period (Oct. 15 through Dec. 7), and they will incur permanent financial penalties (One percent of the “national base beneficiary premium,” $33.19 in 2019, multiplied by the number of full, uncovered months for which they had no coverage. This amount is rounded to the nearest $.10 and added to the monthly Part D premium.).

In short, signing up for a prescription drug plan now can help lower your members’ drug costs immediately—and protect them against higher premiums in the future.

For consumers nearing Medicare eligibility, it can be difficult to determine how comprehensive their coverage should be. This is especially true for those individuals in good health or who prefer to minimize their healthcare-related costs.

As a broker, it’s an advantage to understand and appreciate this confusion associated with initial enrollment in Medicare, as well as the common characteristics among consumers who choose to enroll in Part D coverage—either via stand-alone plans (PDPs) or Medicare Advantage Prescription Drug plans (MA-PDs).

Individuals with Limited Income and Resources

Currently, approximately 12 million Part D enrollees receive Extra Help. However, an additional nearly two million are eligible but not enrolled. And, unfortunately, members of that population are more likely than those in the enrolled population to report they do not receive necessary healthcare because of the cost.

Key barriers to enrollment in public benefit programs like LIS/Extra Help include lack of knowledge about the programs and the complexity of the application and enrollment processes.

For brokers, marketing to the LIS-eligible population can help these individuals access savings that result in huge differences in quality of health and life—while building your businesses along the way. This opportunity is especially attractive, as LIS prospects are eligible for Special Election Periods and can be sold to outside of the Annual Election Period.

Brokers should assist individuals in confirming their LIS eligibility (beneficiaries must have Medicare Parts A or B, reside in one of the 50 states/D.C., and have income/resources below the levels set annually. Current levels are available via the Social Security Administration (SSA) website.

If an individual is eligible for LIS, you may help them apply via web, phone or in person. After their application is approved, they can enroll in a MA-PD or PDP plan that best fits their needs. Note: LIS eligibility will have an impact on their plan premium.

A related big driver behind Part D enrollment is the desire for lower overall costs.

Recent increases in prescription drug costs result in millions of patients forgoing medication and putting their lives at risk. Especially vulnerable are those who are uninsured or underinsured and must pay for prescription medication costs out of pocket. Many of these individuals are 65 and older.

For these individuals, Part D plans may help save money on medications and provide additional funds for other necessary expenses.

Many Medicare Advantage plans combine medical and prescription drug coverage into one, easy-to-use plan. For consumers who prefer this kind of convenience, the plan choices are greater than ever.

In 2019, approximately 600 new MA plans were introduced across the country. More than 90 percent of Medicare-eligibles have access to 10 or more MA plan options, and in many areas the number of PDPs available is higher than ever as well.

After assisting a client in his or her initial enrollment in Part D coverage, it is advised you help them re-evaluate their coverage options annually.

This is because the details of prescription drug plans—including premiums, deductibles, copays, covered prescriptions, and cost- sharing and saving opportunities—typically change every year.

In addition, individual member needs change with regard to prescription drugs. As our age increases, so too does the likelihood that we will be prescribed medications to mitigate the associated ailments.

According to recent research, one in four Americans aged 65 to 69 takes at least five prescription medications to treat chronic conditions, and that figure jumps to nearly one in two for those aged 70 to 79.

As the Annual Election Period (AEP) approaches, it is a broker best practice to spend time reviewing specific benefits and amenities that pertain to each available plan in your market. This will ensure your client has the best possible coverage for the year to come. 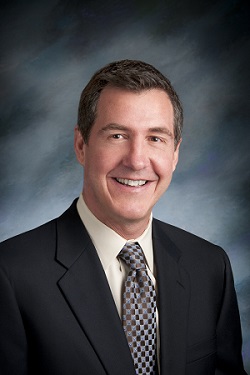 Rick Beavin is the California and Nevada Medicare president for Humana. In this role, Rick is responsible for oversight of Humana’s Medicare HMO and PPO health plans, prescription drug plans, Medicare supplement policies, and private fee-for-service health plans offered to those eligible for Medicare. Rick has more than 20 years of health care experience in both the commercial and Medicare markets. In his free time, he enjoys hiking and mountain biking.