Not Just For Business Travelers

Global corporations that operate in known global hotspots are all too familiar with covering their employees for kidnap and ransom insurance, or K&R insurance, as it’s commonly known. Sadly, over the last several years what is termed “express kidnap” has been growing in popularity as criminals are seeing the value in smaller ransoms from multiple victims.

If you’re a brokerage considering selling travel insurance, the opportunities for selling K&R insurance are far greater than just the business traveler or contractor working in areas where an incident has a higher probability to occur.

According to the New York Review of Books, more than 75% of Fortune 500 companies have K&R policies, and premiums are worth $250 to $300 million a year.

The genesis of kidnap and ransom insurance was in 1932 with the kidnap and ransom demand of 20-month old Baby Lindberg, the child of famed aviator Charles Lindberg. Unfortunately, this incident did not have a happy ending as the child did not return home. In response, Lloyd’s of London saw an opportunity to insure high profile and high net worth individuals in the event of a kidnapping and ransom demand.

K&R really took off in the 1960s when there was a series of kidnappings in Latin America and Europe, targeting wealthy businessmen and their families. The Argentine guerrilla groups of the Péron regime secured a $60 million ransom in the 1970s for brothers Juan and Jorge Born of Bunge & Born, a grain exporter. Fast-forward to 2017 where a reported $1 billion was paid by Qatar to Iran and a faction of al-Qaeda for the release of a royal hunting party.

The evolution of K&R insurance

As K&R insurance policy sales soared, the industry grew, but the actual negotiations for the ransom demands were all handled by the captives and their families. The insurers, who were paying for the claims, were left entirely out of the negotiating process. As payouts continued, a young London insurance broker figured out that the insurers should bring persons trained in the art of negotiating with criminals and terrorists into the process and created a security consultancy in the 1970s.

Julian Radcliffe’s new consultancy, called Control Risks, evaluated the insured’s level of likelihood for a K&R incident and took strategic measures to reduce the risk of a kidnapping occurring. Former British intelligence, ex-MI6 and ex-military were hired for their deep knowledge in security and negotiations. Many insured were provided with guards or drivers who varied their routes to and from work, they began tracking data of the known amounts of payouts and took other measures, all reducing the risk of a kidnapping incident. A recent story by Christopher Elliot in Forbes magazine explored this new demand in his May 2019 article: This Is Why You Need Kidnapping Insurance For Travel.

The U.S. State Department reports that although over 70 percent of cases go unreported annually, it’s estimated that $500 million to $1.5 billion are paid each year for ransom demands … Only a small percentage of these payouts are insured payouts.

In 1977 a former CIA agent, Mike Ackerman, launched the first U.S. K&R consultancy. He was a one-man show who handled all negotiations, often posing as a family member. Because he was fluent in Spanish, he was able to provide assistance in  the rash of South American kidnappings. He even handled the cash exchanges on his own, often getting dropped from a helicopter in a jungle. Later, Columbia became a hotspot for K&R with the drug trade and the Armed Forces of Columbia (FARC) providing more clients for Ackerman and fodder for the film, Proof of Life with Russell Crowe. [Source: “We Want to Negotiate: The Secret World of Kidnapping, Hostages, and Ransom,” Columbia Global Reports].

A billion-dollar industry where 70 percent of cases go unreported

Before you start imagining yourself being dropped into the jungle for your travel insurance clients, be secure in the knowledge that there are now other K&R consultancies that have fined-tuned the industry and its practices to keep actual payouts to a minimum and the safety and safe return of hostages paramount.

Overwhelmingly, most K&R incidents are in the hostage’s home countries and they are by and large smaller amounts, in the five-figure range. According to the U.S. State Department, foreigners account for only two to six percent of kidnap and ransom incidents, though these are typically the cases that attract international media attention.

You may be asking why 70 percent of all K&R cases are unreported. That is a deliberate attempt by the insurance industry to reduce the number of new kidnappings and therefore reduce the number of payouts. In short, the industry has become more efficient with the tracking of payouts and their related geographic locations. Specialty K&R insurers execute what is termed “ransom discipline” allowing their clients to pay what is the standard rate for a ransom payment and to make the entire transaction safer for the victims, with more positive outcomes.

Express kidnap: The Walmart of the kidnap and ransom Industry

There is no shortage of civil unrest, political instability and terrorism in today’s world. Kidnapping and extortion for ransom payments are a gamble for the criminals who hold hostages. Demand too much and they may have overplayed their hand. If something goes wrong, both them and their hostages risk injury (or worse) in a rescue scenario—and the abductors risk getting caught. For these reasons, kidnapping criminals have turned to a simpler form of K&R, the express kidnap.

Express kidnapping is designed to hold a hostage for the least amount of time for smaller amounts. Perpetrators set their eyes on soft targets such as workers from non-profits or religious groups, solo female travelers and non-executive employees or contractors.

Victims are often taken to an ATM—or multiple ATMs—ideally around midnight to allow two withdrawals as most people have maximum daily limits. If they are held and family members are called, the ransom amounts are typically from $5,000 up to $50,000, though most hover around $10,000. That’s because most express kidnaps are of small groups where multiple ransoms can be demanded. Get $10,000 each from a hostage group of ten and the kidnappers have made a tidy sum of $100,000 in 24 to 48 hours.

Most employers who send their employees to known global hotspots cover them with K&R insurance under their Duty of Care, although more than 80% don’t know they are covered. Contractors are a good market for selling business insurance that covers K&R ransom demands. Group policies that include a K&R rider are another resource for students, missionaries and religious tourism.

Costs vary for K&R coverage. It depends on many factors, including whether it’s a group or individual policy, the benefit amount, travel destination and the country’s level of risk. For most ten-day trips for two people, costs for coverage begin at $500. A month long trip ranges from $800 to $1,500 and annual policies can range from $2,000 to $5,000 for coverage in the $50,000 range. Higher net worth travelers should consider $1 to $2 million in coverage, while others secure five- and six-figure coverage in the millions. Coverage cannot exceed your customer’s net worth.

Business travel insurance: what your customers need to know

It’s also recommended that business travelers always purchase Cancel for Any Reason (CFAR) coverage, which literally allows the traveler to cancel for any reason up to 48 hours prior to departure and recoup up to 70% of pre-paid costs. CFAR coverage adds about 40% to the total cost of the business insurance policy.

The K&R sales opportunity for the non-business traveler
Your brokerage may not service high net worth, globe-trotting executives, but the opportunity for K&R coverage for other demographic groups is unlimited, especially with the explosion of solo and adventure travel and the rise of express kidnapping. Regardless of their demographic, travelers to Africa, Indonesia, South America and Mexico should always be encouraged to carry K&R coverage.

Policy costs for K&R will definitely increase the margins of your brokerage. Here are some examples of individual and group policies that offer the opportunity to add a K&R coverage rider:

Solo travel is huge and is largely driven by females of all ages—especially the lucrative 55+ demographic. Always urge solo travelers to purchase at least $50,000 in K&R coverage.

Group coverage policies make it cost-effective for the customer while increasing the volume of policies sold for the brokerage. Adding K&R coverage from $50,000 to $1 million is recommended for these groups who may be targeted for religious reasons.

The K&R opportunity for brokers will continue to grow

Brokerages who offer K&R policies work with underwriters and providers who employ some of the most highly-trained security, negotiation, extraction and data analyst experts in the world. As soft target kidnapping increases, travel insurance providers have a duty to educate the customer on the benefits of adding K&R insurance coverage to their business, group and leisure travel insurance policy customers. 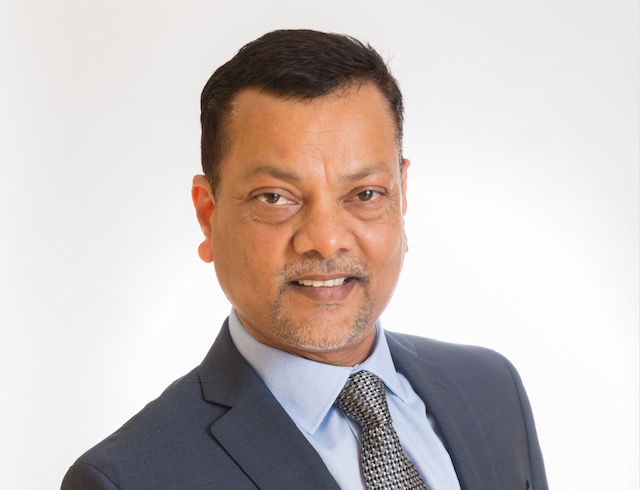