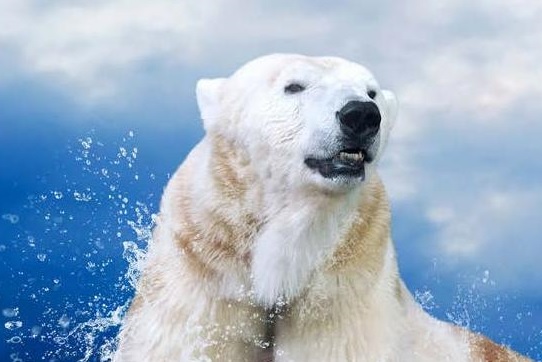 Imagine a world where the same company that you purchase fire insurance from also actively insures and finances rogue teams of arsonists.

Suspend your disbelief for a moment and just imagine that contradiction. No, of course you can’t. That would be crazy. Why would a company that would be on the hook to pay out when your house burns down underwrite another activity that would lead to exactly that?

Ironically that’s more or less what the insurance industry is doing when it comes to climate change impacts and underwriting fossil fuel expansion.

On the one hand the insurance industry is on the hook for climate change-related payouts. So you would assume they would not want to make the problem any worse. But they are.

You see, the insurance industry plays a significant role in driving climate change by investing their customers’ premiums in coal, tar sands and other polluting industries. The top 40 U.S. insurance companies hold over $450 billion in coal, oil and electric utility stocks. Those investments help finance the extraction of more fossil fuels at a time when the world’s scientists are telling us we need a rapid transition to clean, renewable energy. These investments also give fossil fuel companies a veneer of respectability at a time when more and more cities and states are suing them for climate-related damages.

More directly, property and casualty insurers underwrite fossil fuel projects. And we all know that without insurance these projects can’t get financing or government approval. Which means insurers are actually a linchpin to the whole fossil fuel system.

But it’s not just property and casualty insurers that are helping fuel the climate crisis. Healthcare and life insurers are also unwittingly fueling climate change through their investments in fossil fuel companies. This is particularly bizarre for health insurers given the fact that they have an interest in limiting healthcare costs, not adding to them. Bear in mind that between 2030 and 2050 climate change is expected to cause an additional 250,000 deaths per year according to the World Health Organization.

Surely though these companies must be investing their customers’ premiums in fossil fuels because the financial returns are just too good to pass up, right? Quite the contrary.

Fossil fuel investments have been shown to significantly underperform the market as a whole. As a result, while many institutions have started to divest from fossil fuels because of their role in accelerating climate change, even more have begun divesting to avoid losing their clients’ money. In fact leading investors like Jeremy Grantham have shown that it’s possible to divest from the entire fossil fuel sector without any material impact on returns whatsoever.

So if these are likely to be bad investments, they are actively driving climate change, and we can ditch them without any impact to our bottom line why would insurers continue to commit customer dollars? That’s the question more and more people are asking.

It’s clear that citizens and insurance regulators are not going to sit idly by while the industry is asleep at the wheel. A new coalition comprised of major environmental and consumer groups called Insure Our Future was recently launched to pressure the insurance industry to stop making climate change worse. And in the past few years the California Insurance Commissioner has taken an increasingly active interest in how the fossil fuel investments of insurers doing business in California might impact their ability to pay out claims. In 2016, then Insurance Commissioner Dave Jones mandated that insurance companies doing business in California disclose their fossil fuel holdings. Now, with a few clicks of a mouse, consumers and businesses can find out whether their insurance premiums are being invested in the very fossil fuels driving the climate crisis. Transparency is a first, but critical, step to curbing the problem.

And it’s becoming increasingly clear that newly elected insurance commissioner Ricardo Lara is eager to drive further change. As Commissioner Lara put it in his swearing in ceremony, “To the insurance industry – I ask you to join me in this fight against extreme disasters linked to climate change. We need bold action to ensure our communities adapt and are resilient to this new reality,” Lara said. “There is no other industry that has the necessary expertise to ensure that California is prepared to mitigate and reduce risk to our communities and environment. Our planet can’t wait. I am ready, and I hope you are too.”

Which means the insurance industry has an opportunity. The new insurance commissioner is just that – new. He cares deeply about health care and climate change, and the role that he as the California Insurance Commissioner must take to safeguard the public. But currently no major US insurer has committed to stop underwriting or investing in the problem he is warning against – fossil fuels that drive climate change. That will have to change — and change soon — if U.S. insurance companies don’t want to lose more and more of their business to European insurance companies who are light years ahead of their U.S. peers when it comes to action on climate change. Given the power and size of the California market, what Commissioner Lara does on climate will reverberate throughout the nation and the world. Hopefully the industry stands ready to work with him and stop supporting the very industries that are driving the climate crisis.

Ross Hammond is a senior strategist for Insure Our Future.