A Guide to Universal Health Care vs. Medicare for All vs. Single Payer

Like all other Single Payer initiatives in California before it, AB 1400 was highly controversial; many Californians and California employers had varying opinions on the proposal. Perhaps the most controversial item was CalCare’s $400 billion per year price tag (in addition to the state’s existing $280 billion annual budget), and the major tax increases proposed to fund the initiative.

Ultimately, the bill did not make its way into law. AB 1400 failed to pass out of the California Assembly by its deadline of January 31, 2022.

California Single Payer at least as it was proposed in AB 1400 will not be implemented in California. California legislators, however, are expected to continue introducing attempts to pass similar “single payer” legislation in the years ahead. The failure of AB 1400 marks the California Legislature’s sixth attempt to pass such legislation since 2003.

UNIVERSAL HEALTH CARE VS. MEDICARE FOR ALL VS. SINGLE PAYER

Many people confuse general terms used to describe alternate, government approaches to health care. “Universal Health Care” means that everyone has access to, and is covered by, health insurance, regardless of how it is attained  through private health insurance (employer-sponsored or individual), Medicare, Medi-Cal, CHIP, TRICARE, etc.

One of the ways federal legislators in Washington, D.C. propose to extend “universal health care” to all Americans is by expanding the existing federal Medicare program — a proposal often referred to as “Medicare for All.” Simply stated, Medicare is a government-facilitated insurance program for seniors and disabled Americans. The program, funded largely by payroll taxes, allows eligible persons to obtain premium-free hospital coverage with relatively inexpensive copays, deductibles and coinsurance.

Other coverage in the Medicare program, such as coverage for doctor visits, outpatient care, pharmaceutical drugs, etc., can be purchased separately in exchange for relatively inexpensive premium payments. The Medicare program is successful, but it often has solvency issues; funding the massive program is always a challenge. “Medicare for All” is a proposal to extend this program to all Americans instead of only to seniors and the disabled. Of course, this would require a slew of new taxes in order to fund the already-struggling program, among other changes. Because Medicare is a federal program, this proposal must be enacted in Washington, D.C., and would be extended to all Americans.

A “single payer” system is when only one system exists to access, receive, and pay for healthcare; all other existing systems would cease. This type of program can be enacted federally, across all 50 states, or can be implemented by the individual states. Several states, including California, have attempted to create single payer laws over the years — all of which have largely stalled due to the costly price tag of such programs. The recent AB 1400 proposal would have created the Single Payer system only in California.

As previously mentioned, California’s new “single payer” system would have been called CalCare and operated in a similar fashion to the California Department of Motor Vehicles (DMV), which is the sole access point to operate motor vehicles in California. The program would have been overseen by a politically appointed-panel of nine individuals, including an executive director and advisory group(s).

The program, as proposed, would not have included premiums, coinsurance, or copays however, Californians, who are already subject to the highest taxes in the nation, would certainly have paid for the program with hefty tax increases. The program is designed with equity in mind. All Californians, regardless of income level, immigration status, and personal preferences for healthcare, would have access to the same coverage and same doctors. Private health insurance, and effectively all supplemental insurance, would have been abolished entirely.

AB 1400 did not make it through the assembly in its first year (2021) because the bill did not contain a funding resource for the estimated $400 billion price tag. California has a two-year legislative cycle and is currently in the 2021-2022 session. This allowed AB 1400 to be revisited in 2022, if a funding proposal was included.

When the California Assembly members returned to their Sacramento offices in January 2022, after spending time in their districts over the holidays, a funding mechanism was proposed ACA 11. The acronym stands for “Assembly Constitutional Amendment,” which would require passage through the California legislature, voter approval, and an amendment to the California Constitution.

Funding was proposed as follows:
1. Excise taxes of 2.3%+ on California companies’ gross receipts (not profits) above $2 million
2. Employer payroll tax of 1.25%(employers with 50+ only)
3. Employee payroll taxes of 1%(on employees earning more than ~$50K)
4. Personal income tax increases of about 1.45%+, on a sliding scale for higher earners.

ACA 11 also assumes that the federal government would provide waivers to California, allowing California to use all existing federal funds currently reserved for Medi-Cal, Medicare, etc., on CalCare. These waivers would be subject to White House approval, which can be extra challenging, especially following presidential administration transitions. If additional funding were to be required in the future (especially because of federal waiver issues), ACA 11’s constitutional amendment would permit the California legislature to implement taxes to create new funding, without voter approval. Furthermore, California voters passed Prop. 98, which requires 40% of every tax dollar in California’s General Fund to be spent on education. In addition, California has a “Gann Limit,” which prevents the California legislature from drastically increasing spending/taxes too quickly without voter approval. Thus, amendments to the California Constitution would have been required to approve ACA 11 — if the California Assembly, California Senate, and California Governor approved such changes first.

California has two houses in its legislature the Assembly (with 80 Assembly Members), and the Senate (with 40 Senators). New bills must be reviewed and passed by both houses, before being sent to the governor to review, veto, or sign into law.

AB 1400 is an “Assembly Bill” which was initiated by Assembly Member Ash Kalra, a Democrat from San Jose.

As the bill begins its cycle, it first goes through the “rules” process — where, in this case, the assembly identifies who will review the bill and how — so it can complete policy review (by a committee of about 15 assembly members), and fiscal review (by a different committee of about 15 assembly members). Once the bill passes both policy and fiscal review, it is taken up for a “floor vote,” where all 80 members of the assembly vote on the bill. For a bill that does not include tax changes, such as AB 1400, to advance to the second legislative chamber, it must pass with at least a 50% vote. When the bill lands in the second house (in AB 1400’s case, the Senate), it goes through the same review again — this time by senators. If approved by both chambers, it goes to the governor to sign into law (or veto). Bills with tax increases, such as ACA 11, must go through same process, but are required to obtain two-thirds vote to advance through both chambers. AB 1400’s funding measure, ACA 11, would have been evaluated separately but only if AB 1400 were to have passed before it.

Democrats have a supermajority in both California houses, which means they occupy more than two-thirds of seats of each house. The Democratic Party Platform, which is a doctrine of collective objectives established by the party at the Democratic National Convention, places “Single Payer” type legislation very high on its priority list. Conversely, constituents (voters) expect legislators to keep taxes down, especially in California. It is effectively impossible for legislators to support both initiatives in tandem.

While AB 1400 largely thrived in the Assembly on party lines because of the Democrat supermajority, moderate Democrats took issue with the bill — likely due to the opposition heard from employer groups, medical providers and insurance professionals. Furthermore, there are four vacant seats in the assembly (as of January 2022), all of whom belonged to Democrats. This left a total of 76 assembly members for the floor vote, and a smaller Democrat majority.

At the 11th hour literally, the very end of assembly review, on the very last day to advance bills — Kalra, (assembly member and primary author of AB 1400), pulled the bill. Doing so prevented AB 1400 from advancing to the floor for a vote, stopping the bill in its tracks. Kalra released a statement as the news broke, saying he felt there was not enough support in the Assembly to move the bill forward.

It is worth noting that 2022 is an election year in California, and many voters are paying attention to how their assembly members are voting on Single Payer and tax increases before they vote in November. Pulling the bill before taking an assembly “floor vote” allows assembly members to avoid going on record in support of, or opposition to, these issues ahead of the upcoming election.

The termination of AB 1400 in January 2022 means there is no longer a current proposal for major healthcare changes in California for now. The California legislature had until February 18, 2022, to introduce new bills for the 2021-2022 session but no new Single Payer legislation proposals were introduced in that timeframe. Senators and assembly members may wait until after the election to introduce a new Single Payer bill, which would also allow the proposal to have up to two years to be signed into law and could come as early as the upcoming 2023-2024 session.

California legislators have vowed to continue to press for healthcare changes in California, including a Single Payer system. It is important to stay active and engaged with legislators as new laws are introduced and make their way through the legislature. One of the best ways for insurance agents to do this is by participating in California Agents & Health Insurance Professionals (CAHIP, formerly known as CAHU).

Lastly, California could be approaching “universal health care” quicker than we think. It is estimated that only 6% of Californians are not covered by insurance. Many of those uncovered individuals are undocumented adults ages 26-50, who are currently prohibited from participating in the Medi-Cal program. Governor Newsom’s 2022-2023 budget proposals, which are not yet signed into law or finalized, include an expansion of Medi-Cal that would close this gap — bringing California “universal health care” once and for all. 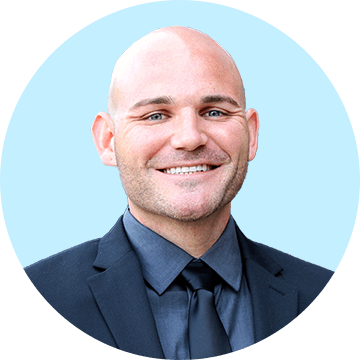 PAUL ROBERTS is the director of Education and Market Development at Word & Brown General Agency. He is responsible for leading Word & Brown’s educational initiatives and providing oversight of the company’s in-house compliance team in California and Nevada.
For additional information, visit https://www.wordandbrown.com/