Congress passed a law in 2015 to prevent Medicare beneficiaries from buying Medigap plans that cover the Medicare Part B deductible. The Medicare Access and CHIP Reauthorization Act of 2015 (MACRA) was signed into law on April 16, 2015, with an effective date of January 1, 2020. This change in federal law, prohibiting coverage for the Part B deductible, was to encourage Medicare beneficiaries to have “more skin in the game” and “feel” more of the cost of Medicare covered services to prevent overutilization that increases costs to the Medicare program.

Members of Congress have long believed that people with full Medigap coverage seek excessive amounts of Medicare covered services and disproportionally drive up the cost of Medicare. Therefore, for years they have sought to limit the scale of Medigap coverage or prohibit “first dollar coverage”.

California Health Advocates (CHA) has for decades represented consumers in national discussions on this and other Medigap issues. We have consistently opposed the idea of beneficiaries needing “more skin in the game.” While there is some evidence that people with Medigap may have higher medical expenses as a group, that position ignores other evidence pointing to the reasons why people either stay in Original Medicare with a Medigap or switch from Medicare Advantage plans when they develop a serious illness or medical condition. Beneficiaries are often frustrated by plan limitations and restrictions when seeking care tailored to their own medical condition and needs. In addition, out of pocket expenses may exceed the annual cost of a Medigap that offers a budgeted monthly expense in return for no surprise medical bills or out of pocket costs.

Despite decades of advocacy on this issue on the part of CHA and other consumer groups, MACRA was passed and the prohibition of coverage for the Part B deductible takes effect on January 1, 2020. As a result of this change in federal law the National Association of Insurance Commissioners (NAIC) incorporated the federal changes into the NAIC Model Regulation for Medicare Supplement Insurance (Medigap) to assist states in making changes to their laws or rules to comply with MACRA. States that fail to change their laws or rules will lose regulatory authority over the Medigaps sold in their state.

While many agents and producers are aware of this change in federal law, there is much confusion and misinformation about how this change will work and how it will be implemented.

The change itself is relatively simple, yet it raised a host of technical issues for states, companies, and brokers. Those issues had to be addressed in the NAIC Model Regulation that is subsequently used to help each state modify its rules. To help clarify the implementation of these changes for states, the NAIC created an FAQ, a bulletin for consumers, and a bulletin for agents and brokers to explain the implementation of the federal law and to ensure that agents and brokers have correct information and are aware of penalties for errors in explaining these changes. Links to all three documents are at the end of this article.

Who can buy what

Anyone who was previously eligible for Medicare because their 65th birthday occurred before 1/1/20 can still buy Medigap plans C, F or high deductible F whenever they are eligible to make that choice; either during their initial enrollment or following any guaranteed issue event under federal or state law.

65 or Older and Delayed Enrollment in Medicare:

1)  An individual whose 65th birthday is on December 31, 2019 or earlier is NOT a newly eligible beneficiary; regardless of whether they enroll in Medicare or delay enrollment while covered under an employer sponsored health plan. This individual can buy Medigap Plans C, F or high deductible F, along with any other Medigap available during their Initial Enrollment Period (IEP) when they sign up for Medicare Part B or during any guaranteed issue period described in federal or state law.

2)  An individual whose 65th birthday is on or after January 1, 2020 is a newly eligible beneficiary and can’t ever buy Medigap plans C, F, or high deductible F, regardless of when they subsequently enroll in Medicare. Their choices can include any available Medigap plans except plans C, F, and high deductible F during their Initial Enrollment Period (IEP), or during any guaranteed issue period described in federal or state law.

Delayed Notice of Eligibility for Medicare:

1)  When an individual is approved for Social Security Disability Income (SSDI), they may be awarded retroactive SSDI benefits and become immediately eligible for Medicare, depending on the length of the retroactive date of eligibility for SSDI. If an individual’s Medicare eligibility begins no later than December 31, 2019, then that individual will NOT be a newly eligible beneficiary and can potentially buy Medigap Plans C, F, or high deductible F if state law allows, along with any other Medigap they may be entitled to buy under state law.

2)  When an individual is approved for Social Security Disability Income and is awarded retroactive SSDI benefits, and their Medicare eligibility date begins on or after January 1, 2020, that individual IS a newly eligible beneficiary and can’t ever buy Medigap Plans C, F, or high deductible F. Instead they might be able to buy Medigap plans D, G, or high deductible G if state law allows; or any other Medigap they may be entitled to buy under state law.

Federal law requires companies actively selling Medigap in a state to make Medigap plans C or F available. That federal requirement has not changed. Anyone whose 65th birthday, or whose Medicare eligibility occurred prior to 1/1/20, can still buy Medigap plan C or F if they are otherwise eligible to do so, during their Initial Enrollment Period (IEP), or as a result of any guaranteed issue event under federal or state law.

Because newly eligible beneficiaries can’t ever buy C, F, or high deductible F beginning in 2020, there is speculation that companies will stop selling these plans. Since the requirement to make plans C or F available didn’t change in federal law, and some beneficiaries remain eligible to buy them, those plans can’t be withdrawn from the marketplace and insurers can’t close those blocks of business. The NAIC Producer Bulletin makes clear that it is a false statement to suggest that these plans will be withdrawn from the marketplace, and a clear violation of existing laws.

It’s too early to predict how this federal change will affect premium rates over time. The NAIC Producer Bulletin makes clear that making misleading statements, or speculating about death spirals and/or rapidly increasing premiums due to the federal change are clear violations of Medicare Supplement insurance laws, and actionable under state laws.

Agents and producers are encouraged to carefully review the three NAIC documents mentioned below to make certain they understand the rules related to this federal change. Agents and brokers are expected to know the rules in all the states where they market and sell Medigap to Medicare beneficiaries of any age. Request copies from NAIC. 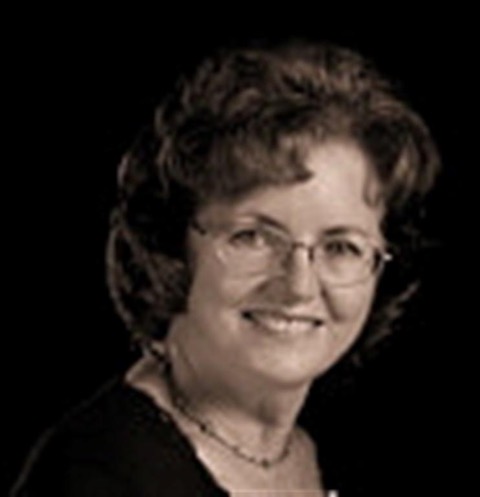 Bonnie Burns is a training and policy specialist consultant for California Health Advocates, a nonprofit organization working on education and advocacy efforts on behalf of Medicare beneficiaries and the pre-retirement population in California. Burns is a consumer advocate with more than two decades of experience working with county and state counseling programs. She assists seniors with Medicare, Medicare supplemental insurance and long-term care insurance. She also has served as a consumer representative on the National Association of Insurance Commissioners’ (NAIC) working group charged with developing 10 standard Medigap plans required by federal legislation. She continues to serve as one of NAIC’s consumer representatives and serves on the board of the NAIC Consumer Participation Program. In addition to consulting for programs and agencies throughout California, she has also worked for United Seniors Health Cooperative in Washington, D.C.; Health Economics Research in Waltham, Mass.; the AARP Public Policy Institute; and Families U.S.A. She can be reached at: bburns@cahealthadvocates.org.