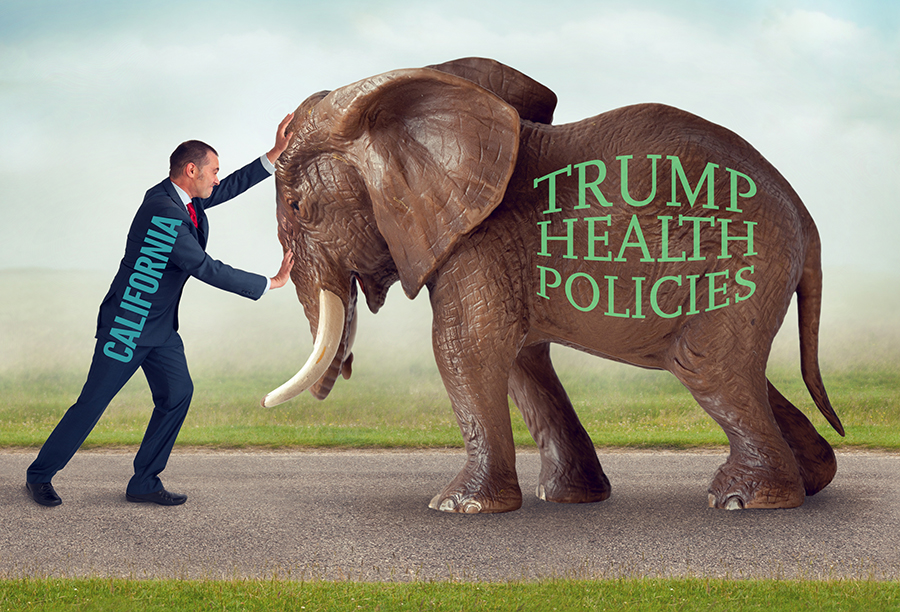 These days, when the federal government turns in one direction, California veers in the other — and in the case of healthcare, it’s a sharp swerve.
In the nation’s most populous state, lawmakers and other policymakers seemingly are not content simply to resist Republican efforts to dismantle the Affordable Care Act. They are fighting to expand health coverage with a series of steps they hope will culminate in universal coverage for all Californians — regardless of immigration status and despite potentially monumental price tags.

The Golden State embraced the healthcare law early and eagerly, and has more to lose than any other state if the ACA is dismantled: About 1.5 million Californians purchase coverage through the state’s Obamacare exchange, Covered California, and 3.8 million have signed up for Medicaid as a result of the program’s expansion under the law.

While other states are making efforts to preserve the ACA and expand coverage, California stands out by virtue of its ambition and size, economic clout, massive immigrant population and liberal bent. (Read More)