Prior to COVID-19, more people past the age of 65 were employed than at any time in the last 55 years. Federal projections from 2019 expected as many as one third of American’s to be working between the ages of 65 and 70 by 2024. Following COVID-19, it remains to be seen how older workers will fare in the job market for the next several years.

The loss of a job, or leaving one, often means losing an employer’s health benefits. Employers of a certain size are required by federal law to offer COBRA coverage, an extension of their existing health benefits. COBRA is the Consolidated Omnibus Budget Reconciliation Act of 1996. COBRA benefits are often an expensive option since the employee has to pay their own premium, plus the employer’s share, plus an administrative fee. Taking COBRA benefits when you’re eligible for Medicare can create coverage problems later that few people understand. This article discusses conflicts between Medicare eligibility and COBRA. It does not cover any other issues when COBRA eligibility may apply.

Which coverage is primary?

Medicare eligibility and enrollment—rules and timing not always clear

Medicare eligible individuals are often unaware that Medicare begins long before they are eligible for Social Security benefits. If they have employer health care coverage under their own or spouse’s employment, they often ignore Medicare until they no longer have employer coverage. Even when an employee knows about Medicare, they often don’t enroll because they’d have to pay a monthly premium for benefits, and they think it duplicates their employer benefits. Some enroll in Part A and skip Part B if they know they have an 8-month Special Enrollment Period (SEP) following the loss of their employer coverage.

COBRA provides a continuation of employer or union health benefits upon separation from active employment. When a covered employee transitions to COBRA, they are no longer actively employed under federal law. COBRA coverage is then automatically deemed secondary coverage under MSP rules, even if the individual is not enrolled for Medicare benefits.

How COBRA can bite

When a Medicare eligible individual enrolls in COBRA, their employer plan benefits stay the same. There is no federal notice sent to notify a Medicare eligible person of the need to enroll in Medicare. But Medicare is automatically deemed to be primary coverage, regardless of whether they are actually enrolled in Medicare. This happens because under federal rules an individual is only eligible for COBRA once they are no longer actively employed. Federal MSP rules that applied to their employer plan don’t apply to COBRA. Therefore, Medicare is automatically deemed primary coverage, not secondary coverage. And, because most health plans follow a national standard of coordination of benefit rules developed by the National Association of Insurance Commissioners (NAIC), those rules allow secondary benefit payment to be applied when someone is or could be eligible for Medicare Part B, regardless of whether they are enrolled for those benefits. And, until recently the Department of Labor had not required any information about Medicare to be included in the Model COBRA notices that employees receive, leaving Medicare eligible individuals in the dark about these federal rules. In addition, when a former employee transitions into COBRA there is no notice from the federal government about how Medicare interacts with those COBRA benefits, exposing these beneficiaries to later recovery actions by COBRA carriers when primary benefits have been mistakenly paid.

The result of this collision of rules—Medicare, COBRA, and the NAIC coordination of benefits language—is that a former employee can easily and unknowingly enroll in COBRA without enrolling in Medicare. Yet, they can be at risk of a huge financial liability. They risk having to pay back any and all COBRA benefits mistakenly paid as primary coverage even if they haven’t enrolled for Medicare benefits. In one recent case, a former employee received a recovery action by a COBRA carrier for $150,000 of mistakenly paid primary benefits. In that case the former employee argued that the employer and the COBRA carrier had failed as required by federal law to provide her with accurate and complete information in the COBRA notice, thus exposing her to financial harm.

“Once an employee, spouse or dependent is eligible for Medicare,
signing up for Part A at no cost may be the safest route. It preserves the right to COBRA …”

In addition, Medicare eligible employees may not know the rules for timely enrollment in Medicare once they are no longer working and are still covered by the employer’s plan through COBRA. They have a special enrollment period of eight months to enroll in Medicare Part B beginning on the last month of employment and ending eight months later. Medicare benefits usually begin the month following enrollment. A former employee has 63 days to enroll for Part D prescription coverage following the end of their coverage for those benefits. And, in California, they are also eligible for a guaranteed issue Medigap (supplemental insurance to Medicare) following the end of their employment and the beginning of their eligibility for COBRA. The knowledge and ability to sort out these competing benefits is lost on people transitioning from one set of benefits to another.

If an individual misses the window for Part B, they will begin to accrue a late enrollment penalty of 10% of the current Part B premium for each 12 months of eligibility that they didn’t enroll. In addition, their enrollment will be restricted to the first three months of the year (January – March) and benefits will not begin until July of that same year. There is no late enrollment penalty for Part A since this part of Medicare is premium free for most people who’ve paid into it while working. There is a more complicated formula for the late enrollment premium penalty for Part D depending on the number of months without coverage. And, once enrolled in COBRA, they lose the right to a guaranteed issue Medigap until their COBRA benefits are exhausted.

Once an employee, spouse or dependent is eligible for Medicare, signing up for Part A at no cost may be the safest route. It preserves the right to COBRA in the event they ever need it, and should alert them to the need for Part B when employment ends. In the meantime, three Congressional Committees have called on the Department of Labor and the Department of Health and Human Services to clarify their consumer materials to ensure people avoid the COBRA “bite” and have a better understanding of both sets of benefits. 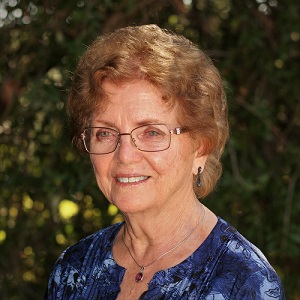 Bonnie Burns is a consultant with more than four decades of experience in Medicare, Medicare supplemental (Medigap), and long-term care insurance. She actively promotes improved consumer protection in state and federal legislative efforts affecting Medigap and long-term care products. A consultant to California Health Advocates (CHA) on long-term care insurance, she represents CHA on policy issues related to financing long term care for the middle class. She consulted for the National Council on Aging and SHIP Resource Center on Medigap and long-term care insurance issues. Burns served as an advisor on consumer interests to the 2017 California Partnership for Long-Term Care TaskForce, and during the 1992-93 formation of the program. She served as a consumer representative toNAIC since the beginning of the program in 1992, representing consumers in the development of Model Laws and Regulations used by states to regulate insurance companies and the marketing and sales of insurance products to older consumers. Burns was awarded a “Beneficiary Services Certificate of Merit” by CMS, an award from NAIC, and was honored as a Money Magazine “Hero.”