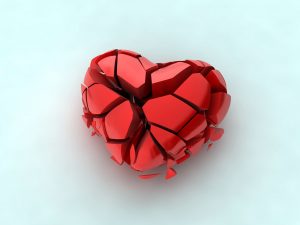 In a week that had a lot of interesting things happen, perhaps one of the most for us was a voicemail left by Thomas F. Allow me to paraphrase here. Mr. F. called to tell us that he wanted to be taken off of the Cal Broker magazine mailing list. He said he throws the magazine in the garbage without reading it. And then he supplied some backstory. Mr. F said that when Obamacare came in, Cal Broker did nothing. We said nothing. We simply went along to get along, as he put it. He concluded by saying that now there’s nothing to sell, that life insurance is messed up and there is no individual to speak of. Mr. F mentioned a couple of stories that recently ran in Cal Broker and how frustrated he is with us (so maybe he really does glance it at once in a while?). Presumably, though, he’s frustrated that our authors are writing about other things and aren’t railing against the Affordable Care Act. You know what? We get it. Just like you, Cal Broker also took a substantial hit when ACA came in. Change can be brutal. It can be heartbreaking. But we’re trying to keep up and trying to publish stories readers can use. We offer a lot of support to professional associations like NAHU, CAHU and the AHU chapters. You may have noticed, too, that we often publish articles by representatives of those organizations — including plenty of stories that deal with legislation. But, in the end, I’m not writing this to defend any stance Cal Broker has taken over the years. I’m just writing to let you know — Mr. F and all others who may feel the same way — that we do the best we can here and we welcome all input as to how we can do better. And if you have something to say and can put it in words, please submit an editorial: editor@calbrokermag.com. And if you know the cure to professional heartbreak, also tell us about that.

We think you all deserve a little more face time in the magazine and a little room to show us what you’re up to. So if you’re going somewhere cool, take your print magazine with you and send us a pic. We’ll be starting our Cal Broker GPS monthly column in the March issue. Send your photo with your name and where you went with the tagline “GPS” to editor@calbrokermag.com.

The California Consumer Privacy Act took effect Jan. 1. and it means that residents of the state now have a lot more clout with companies who broker in using their personal data. In fact,  state residents can seek up to $750 per consumer, per data security incident under the law.  Some say we’re about to see an absolute barrage of litigation.  Companies like Facebook Inc., Google, and Amazon.com Inc. are gearing up with cyber insurance policies.  Read more the product and who is buying it at Bloomberg Law.

Transitions Academy A Blast — Once Again 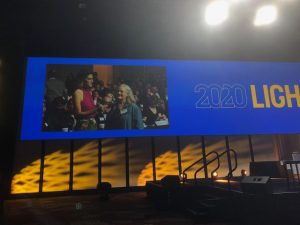 Associate editor Linda Lalande is in Florida at the Transitions Optical Academy.  So far, we’ve received photos of desserts, drinks, belly dancers and Linda having a good time up on the big screen of the main conference. We hear there are some insurance folks down there and that she’s writing a story, though. Stay tuned for some good vision coverage (we hope) in our April issue! Also: Linda plans to find out how more California brokers can get a coveted invite to Academy.

Figo Pet Insurance announced it has received a $5 million investment for a 4% equity stake from underwriting partner Independence American Insurance Company (IAIC), a member of the IHC Group. This places Figo’s valuation at $125 million. The company, which was founded in 2015, is staking claim as the largest independent pet insurance provider in the U.S. Figo was also named the Top InsurTech Leader by A.M. Best’s Review.  The North American Pet Health Association (NAPHIA) 2019 State of the Industry report presents the U.S. pet insurance market value at $1.3B, representing a one-year growth of 24%. A staggering 21.4% market growth rate since 2014, combined with a market penetration of only approximately 2%, paints a picture of continued robust market growth. Looks like it’s time to sell some pet insurance, folks!

LIMRA Study: Despite Increased Advertising and Marketing, Consumers’ Brand Awareness of Life Insurers Remains Low (But They Remember Who Sold Them The Policy)

A new LIMRA study finds 1 in 4 adult Americans can’t name a single company that sells life insurance and a majority (56%) are unable to name three life insurance companies. As bad as this sounds for life carriers, it’s actually an improvement from a previous such study in 2014. One of the biggest challenges for life insurers is that people generally buy life insurance only once or twice during their lifetime, and according to LIMRA sales data, more than a quarter of policies sold are by independent agents and advisors. According to LIMRA, it may be that consumers are more aware of who sold them a policy than the company that underwrites it.

Over the past 5 years, life insurers have been increasing their advertising and marketing budgets to increase consumer awareness. According to a 2017 Aite Group report, the life insurance industry was projected to spend $5.6 billion in advertising and marketing in 2020, up 49% from $3.7 billion in 2016. According to the study, insurers were investing more dollars in social media, internet marketing, and radio and television. We think they should just advertise in Cal Broker and call it a day. 🙂