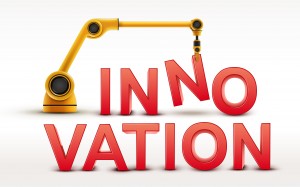 New Roseville, Calif. Agency Promises to Shake up the Industry
Verus Insurance Services, LLC has officially opened for business. Scott Kelley, President of Verus said “Verus will shake up this industry with a new way of doing business.” Verus is a full-service brokerage firm assisting employers with their core and voluntary employee benefit programs including compliance, technology solutions, and plan management. Kelley explains that, in the drive for brokerage firms to become bigger and more lucrative, many ended up charging higher fees or commissions and burning out their employees. They are also limiting the number of vendors they are willing to work with. That leads to poor service and less choice for clients.

“The high turnover experienced by brokerage firms is easily traced back to the drive for higher returns, and clients really suffer. We don’t have that focus here, our employees come first. We are making work-life balance real and tangible. If we need to hire a housekeeper to help ease the stress on our staff during the busy part of the year, then that’s what we’re going to do,” he said.

“Like our company, our brokers will remain independent. We don’t want to fight over people’s relationships, so brokers can leave at any time and the business they brought is theirs to take with them. That is unheard of in
this industry. Unlike so many others, squeezing more profits out of each vendor and every customer, we’ll live on 10%. Period. If we negotiate a better price with a vendor, we won’t pocket that, rather it will be passed right along to our client. That’s a refreshing change in this industry,” he said. Previously Kelley and his partner built the firm, Kelley & Swain, into one of the largest and most respected employee benefit brokerages in Northern Calif. before selling it in 2008.

California Medical Group Report Card Now Includes Cost and Quality Information
Consumers and purchasers can compare cost and quality ratings for more than 150
medical groups. The Integrated Healthcare Association and the and the California Office of the Patient Advocate produced the report card, which is available at www.opa.ca.gov. It is believed to be the first statewide multi-payer public report card to provide side-by-side comparisons of quality and cost measures at the medical group level. In related news, the two organizations unveiled a quality report card or medical groups caring for enrollees in Medicare Advantage health plans.

Dept. of Insurance Has New Online Complaint Center
The California Dept. of Insurance (CDI) is offering online portals to help consumers, insurers, and health care providers issue complaints. Users can submit complaint applications while using a desktop or smart device. The consumer and licensee portal allows users to upload supporting documents directly to their online application. Consumers can check the status of a complaint and upload additional documents. The licensee portal allows two-way communication among the department and its licensees. Licensees can upload resources and supporting documentation related to their complaint.

Anthem Increases Discount on Medicare Supplement Plan F
Anthem Blue Cross increased its monthly “New to Medicare” discount in California from $15 a month to $20 a month for the first year members are enrolled in an Anthem Blue Cross Medicare Supplement Plan F. That adds up to a savings of $240 for the year. The discount is available to those who are 65 or older who are within six months of their Part B effective date and have a coverage effective date starting March 1, 2016 or later. Members can also save, each year, if they pay their annual premium up front, have another household member on an Anthem Medicare Supplement plan, or sign up to pay their premiums electronically. Drug, dental, vision, and other benefits are available to accompany the plan for additional costs. Medicare supplement plans provide guaranteed coverage for life as long as the member pays premiums on time and provides accurate information at the time of application. For more information, visit www.facebook.com/AskAnthem.

Sutter Health Doubles its Membership
Sutter Health Plus more than doubled its membership since the start of 2015. The health plan ended the year with 30,209 members, which is a growth rate of more than 260% for 2015. It serves more than 37,000 Northern Californians. Steve Nolte, CEO of Sutter Health Plus said, “Last year we made a number of strategic decisions that resulted in our strong growth. This includes the decision to expand our products in to six new counties, form partnerships with more brokers, and join our first private health care exchange.”

In January 2014, Sutter Health Plus launched in the greater Sacramento and Central Valley areas. The HMO expanded its footprint into the Bay Area in February 2015 when it added Sonoma County, and later added Alameda, Contra Costa, San Francisco, San Mateo, and Santa Clara counties. In the fall of 2015, Sutter joined CaliforniaChoice. Sutter Health Plus’ service area stretches from Sacramento to Santa Clara and includes 14 Northern California counties. Additionally, the HMO’s network includes 25 hospitals and campuses, and 5,300 providers.

Groups Call on Congress to Pass Medicare Virtual Colonoscopy Coverage
The National Medical Association and the American College of Radiology are calling on Congress to pass the CT Colonography Screening for Colorectal Cancer Act (H.R. 4632), which was. Introduced in the House by Reps. Brad Wenstrup (R-OH) and Danny Davis (D-IL), H.R. 4632. It would provide Medicare coverage for seniors who choose to be screened with a virtual colonoscopy (CT colonography). This would remove a financial barrier to care widely covered by private insurance. The American Cancer Society recommends Virtual colonoscopy as a screening exam because it has been shown to increase screening rates. Less invasive than optical colonoscopy, it does not require sedation. After the procedure, patients may return to daily activities.

“Medicare coverage of virtual colonoscopy would increase African-American and other minority access to this test that can overcome many cultural stigmas and attract more people to be screened. This would prevent many cancers, find more cancers before they progress and save thousands of people who might otherwise die from a disease that is often preventable,” said Edith Peterson Mitchell, MD, President of the National Medical Association.

ANNUITIES
DOL’s Fiduciary Rule Draws Criticism
The Dept. of Labor is weeks away from finalizing a regulation that would apply to those who give investment advice to participants or sponsors of retirement savings plans, including 401(k)s and IRAs. According to NAIFA, the rule would subject advisors to very stringent conditions in order to get commissions, revenue sharing, 12(b)1 fees, and some other forms of “conflicted compensation.”

The proposal would also limit the kinds of education that advisors can offer to plan sponsors or participants without triggering fiduciary obligations. NAIFA says that the proposed rule is vague and confusing when it comes to the sale of proprietary products, in particular, variable annuities. The rule does not allow “conflicted compensation” for those advising on plan distributions, including rollovers to another plan or to an IRA. Nor does it allow “conflicted compensation” for those advising an employer that  sponsors a 401(k). NAIFA says that some disclosures appear to be in direct conflict with federal securities rules, and others could violate privacy rights.

Under the proposed rule, a contract must disclose any conflicts-of-interest. It must also direct the consumer to a webpage disclosing the compensation arrangements of the advisor and the firm. Current rules allow broker-dealers and their registered representatives to get third-party compensation (such as commissions and revenue sharing) if the conflict is disclosed and the broker-dealer satisfies a five-prong test.The rule also imposes very significant data disclosure and retention requirements on financial institutions.

Sen. Ron Johnson (R-Wis.), who is chairman of the Senate Homeland Security and Governmental Affairs Committee, warns that the rule would drive up the price of investment advice, making it harder for low- and middle-income investors to get this guidance. He says that the Dept. of Labor in forging ahead with the final rule while disregarding recommendations from experts at the Securities and Exchange Commission (SEC), the Office of Information and Regulatory Affairs (within the Office of Management and Budget, and the Treasury Dept.

Johnson says that the DOL has hindered his investigation into the rulemaking process. The Labor Dept. refuses to produce any of its communications with the White House. The Labor Dept. also asked the SEC to reject Johnson’s requests for documents. But Johnson did get hold of some communications through the SEC. Johnson reveals the following about limited information he was able to get:

One of the rationales for the fiduciary rule is that ERISA is an old law that needs updating, especially in light of the shift  from defined benefit plans to defined contribution plans. But, Johnson asks, “If the need is so strong, shouldn’t the department seek Congressional approval for any proposal?”

How New Technologies are Reshaping the Future of Work
A low-skilled Uber-type job is unsustainable for many people. But the same type of contract job can work for professionals who have skills that are difficult to outsource and are resistant to automation, according to a report by www.thumbtack.com. Technology solutions and the Affordable Care Act have removed obstacles that prevented many people from starting their own businesses.

Skilled professionals without a college education report that gross revenues for their business that are up to $20,000 higher than the median income of other similarly educated workers. Because they are working full time,they tend to earn more than the part-time income of their low-skilled gig economy counterparts.

While the commodity-focused gig economy exists primarily in major metropolitan areas, skilled professional marketplaces are growing and thriving in every pocket of the country. Two-thirds of skilled professional respondents are using technology-powered marketplaces to build and grow their primary business (versus people who are doing this work to earn extra pocket money).

Marco Zappacosta, founder and CEO of Thumbtack said, “Popular discussions about the gig economy have focused on the proliferation of low-skilled jobs, such as Uber drivers, consisting mostly of people looking to earn extra income…But technology is also transforming work for individuals and small businesses, creating unprecedented opportunity for a growing class of skilled professionals.” The report draws on Thumbtack’s proprietary data from tens of thousands of small businesses, as well as the latest economic data, labor statistics and forecasts. For more information, visit https://www.thumbtack.com/blog/beyond-the-gig-economy.

Key Trends in Employee Leave Management
The landscape of employer leavs has become increasingly complex, according to a report by the Disability Management Employer Coalition (DMEC). The interpretation and application of laws are continually changing, such as the Family and Medical Leave Act (FMLA) and Americans with Disabilities Act and Amendments Act (ADA/AA)

Enrollment
Benefitfocus has updated its BENEFITFOCUS Platform. Large employers and insurance carriers will be able to support mobile open enrollment and life event changes beginning this fall. Large employers and their employees will be able to complete open enrollment in the BENEFITFOCUS App. There are new tools to offer employees highly personalized content when they need it the most. Users will have access to a media library that allows them to build custom pages and manage content across the entire benefit enrollment workflow. The company says that the new capabilities will reduce the amount of time HR leaders spend on content management from days to hours. With a few clicks, administrators can predict lost time at a given location due to absenteeism resulting from chronic conditions. They can use the information to design plans to manage chronic conditions and reduce costs. Administrators gain greater visibility into plan activity and clinical prediction—all within one consolidated dashboard. For more information, visit benefitfocus.com.