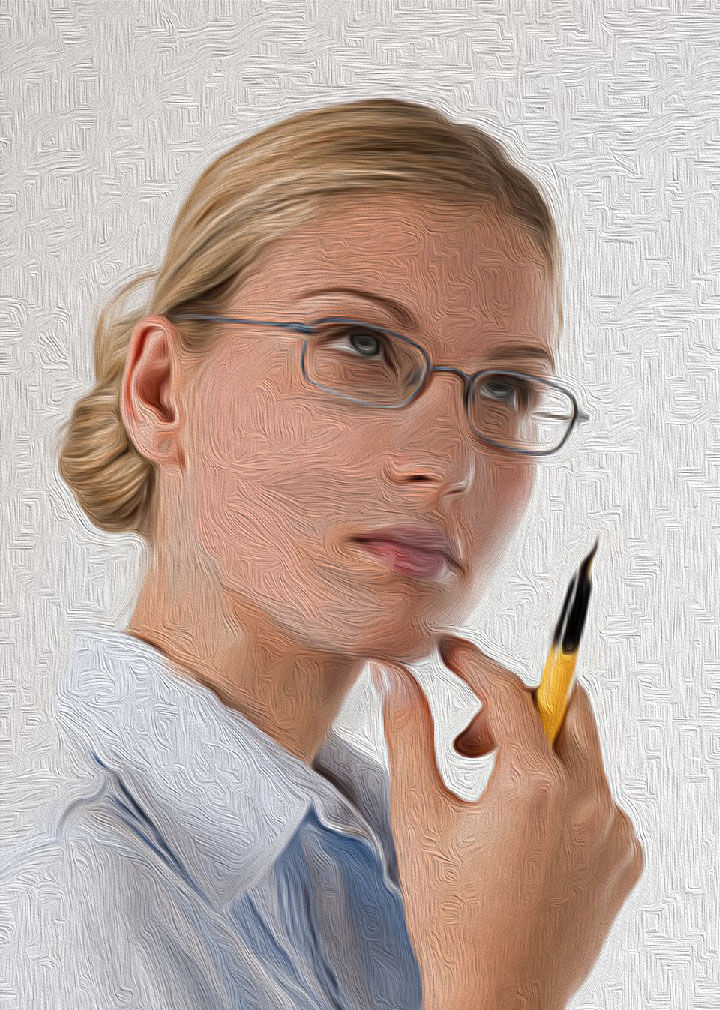 Health insurance brokers are redefining their role in the industry or exiting it entirely. In fact, 49% have been considering leaving the industry and 67% have seen many of their peers exit the industry in the past year, according to an Aflac study. Ironically, employers have steadily increased their use of brokers over the past three years. In fact, the use of brokers has grown from 56% in 2011 to 61% in 2013 and 64% in 2014. Some of that increase could be related to employers’ lack of preparedness for health care reform.

The key to adapting to the Affordable Care Act (ACA) seems to be in offering more voluntary benefits. Brokers who offer voluntary insurance benefits are 35% more likely to have increased their client base over the past 12 months. They are 12% more likely to be maintaining and/or growing sales. In contrast, brokers who don’t offer voluntary benefits are more than twice as likely to have declining sales. Sixty-three percent of workers see a growing need for voluntary insurance benefits.

Thirty-six percent of brokers agree that health care legislation represents an opportunity for them and their business; and 50% have confidence in their firm and the industry’s future. “It’s encouraging that many brokers have a positive mindset about their business and clearly see the opportunity in the marketplace. Many are adapting to the changing health care environment by expanding their focus to be more consultative and to offer a wider range of products and services. Our data shows that this has been a successful strategy as many businesses are now relying more heavily on their partners for guidance,” said Tye Elliott, vice president of Core Broker Sales at Aflac.

The study also found that 56% of employers increased employees’ co-payments and/or share of premiums in 2013. To address this issue, brokers are encouraging clients to consider offering voluntary benefits. For more information, visit www.Aflac.com/brokerawr.

Two demographic groups are promising targets for healthcare companies in the next exchange enrollment period. The first are independent Millennials — a subset of Millennials who are not covered under their parent’s plan and tend to be older, more educated, and more independent. The second is acculturated Hispanics — a group that is slightly younger, more educated, and wealthier than the nation’s population of Hispanics, as a whole, according to a survey by Prophet.

Millennials are twice as likely as non-Millennials to plan on purchasing through an exchange. They are also less negative toward the public exchange option. Fifty-six percent of Millennial who purchased insurance through a public exchange report positive experiences; and 66% say they found it easy to compare insurance plans using the exchange . Seventy percent rely on social networking sites for information on the exchange option. Perceptions of high cost continue to be the largest barrier to purchasing insurance for this group. Also, they are confused about their eligibility for subsidies. Millennials are more than twice as likely to seek help when choosing a plan. While they mostly go to friends and family for advice, healthcare companies have an opportunity to be a valued source of education and guidance.

Forty-six percent of Hispanics who have not enrolled in a public exchange plan to do so. Forty-six percent would give up access to a larger number of services in exchange for a smaller set of quality services. This group is enthusiastic about health insurance and places a high value on family coverage, but is confused about how the program works (24%) and who qualifies for government subsidies (35%). For guidance, this group seeks out websites related to the exchanges (44%), doctors and healthcare professionals (24%), and news coverage about the exchanges (20%). Health insurance brands have an opportunity to fill the information gap and become a trusted source of guidance for this population.

Fifty-seven percent all survey respondents who are eligible for government subsidies are unaware that they are eligible. Sixty-three percent of those who have been uninsured for more than five years say they definitely or probably won’t purchase insurance on the exchange. Nearly half of those who plan to purchase healthcare through an exchange are concerned about costs, are confused about subsidies, and distrust health insurance companies. For more information, visit www.prophet.com

Why ACA Open Enrollment Dates Should be Changed

A study by Health Affairs, recommends shifting open enrollment to February 15 to April 15. On November 15, state and federal health exchanges will open their portals and phone lines for the 2015 open enrollment season, which runs through next February 15. The end of the year is traditionally open season for health insurance.

According to the report, people make better decisions when they are not stressed by financial worries — as they often are during the end-of-year holiday season. For example, Google searches relating to financial concerns were highest in the summer and just before the Thanksgiving and Christmas holiday season. Health insurance information searches dropped substantially from Thanksgiving to Christmas, but then rose sharply the last week of December and in early January.

According to the Congressional Budget Office, nearly 19 million uninsured low- and moderate-income Americans are expected to get health insurance through the exchanges. Many file their tax returns well before the April 15 deadline and are likely to receive sizable refunds.

During the first months of the year, they feel more financially secure in anticipation of their tax refund. With the holiday season behind them, they can focus on choosing a health insurance plan. Also, between mid-February and mid-April, people are likely have more accurate calculations of their premium subsidy. Given what is known about how financial stress affects decision-making, holding open enrollment just before or during the holiday season is a mistake. The ACA’s goals of maximizing enrollment in the health plans and maintaining a healthy balance of enrollees with low and high risks of having high medical expenses are more likely to be achieved if the open enrollment season is shifted to the two months between February 15 and April 15 each year, according to the report.

Consumers Say That Medicaid Gap is Confusing and Unfair

A HealthPocket survey asked Americans, “Is it fair 23 states have a gap where people can make too much to qualify for Medicaid but too little for an Obamacare subsidy?” Forty-six percent said the gap was unfair. The average 30 year-old who earns around the poverty level would spend 14% of their income on insurance premiums even with the lowest cost health plan on an exchange. The gap could be eliminated by reducing minimum income limits for Obamacare premium subsidies or increasing the maximum income limit for Medicaid participation. For more information, visit HealthPocket.com.

As a result of the Affordable Care Act (ACA), there will be significant changes to how people are concentrated by coverage type over the next five years. Many people are expected to switch from employment-based coverage to off-exchange individual plans while others will qualify and enroll in public exchanges, according to a report by Mark Farrah Associates.

The report summarizes findings of an April 2014 Congressional Budget Office (CBO) report. Six million people are projected to have coverage through the public exchanges in 2014. The report also reveals the following:

Obamacare Frustrations May Not Be a Slam Dunk for Republicans

Sixty-eight percent of Americans say that Obamacare will play a role in deciding how they vote in the U.S. House elections this fall, according to a Bankrate.com report. Of those 32% say they are more likely to vote Republican while 26% are more likely to vote Democrat. “Perhaps surprisingly, these results indicate that the messy launch of Obamacare won’t be as detrimental for Democrats or as much of a slam-dunk for Republicans in future elections as some analysts previously suggested,” said Bankrate.com insurance analyst Doug Whiteman.

After the new Congress starts in January 2015, 30% want Congress to repeal Obamacare; 82% want to change the law in some fashion; and Only 12% want to keep the law exactly as it is.

Twice as many Americans reported improved health insurance situations from August 2013 to June 2014. “The fact that more Americans say their health insurance situation has improved, and fewer want to repeal the law than when we last asked in April, signals a positive turning point for the Affordable Care Act. While most Americans don’t see Obamacare as a perfect solution, more are willing to accept it if a few changes are made,” said Whiteman. For more information, visit http://www.bankrate.com/finance/insurance/health-insurance-poll-0614.aspx

Carriers are increasingly looking to third-party enrollment providers, especially since most of the providers offer much more than enrollment technology, according to an Eastbridge study. The following are key findings:
• Most providers offer enrollment support for a wide variety of insurance including ancillary and non-traditional products.
• Employers and brokers still want human interaction and support along with web enrollment technology.
• Avatars and artificial intelligence are gaining ground as tools for helping employees make benefit decisions.

Michael Tomlinson was named senior vice president and assistant director of Aflac U.S. sales. He reports to Thomas R. Giddens, executive vice president and director of Aflac U.S. sales. Tomlinson joined Aflac in 1980 as a sales associate in Minnesota, where he earned Aflac’s first-ever Triple Crown Award. He progressed through the Aflac ranks of district and regional sales coordinator in Minnesota. He was promoted to vice president, territory director for the Central Territory in 2008. Tomlinson has developed numerous other executives who have gone on to lead other Aflac sales organizations.

CNO Financial Group completed the sale of Conseco Life Insurance Company to Wilton Reassurance Company. “This transaction reduces the…risk profile of the company and will allow management to focus on our core businesses serving the…growing and underserved middle market,” said Ed Bonach, CEO. The transaction netted about $220 million. In addition, Bankers Life (a wholly owned CNO life insurance subsidiary) paid $28 million to recapture a block of traditional life insurance that was reinsured to Wilton Re. During the first quarter of 2014, CNO recorded a GAAP net loss of $298 million related to the sale of CLIC. For more information, visit www.CNOinc.com.

Investors retain stable views toward balanced mutual funds (57%) and stock mutual funds (55%). Fewer are enthusiastic about real estate investments with 57% thinking now is a good time to invest in real estate compared to 62% in the second quarter of 2013.

The Great Recession continues to recede in the consciousness of investors, with half saying that they are in a better financial position than they were two years ago, and half expecting their situation to improve in the years ahead. These levels have remained unchanged for the past two quarters. That said, investors remain concerned about political gridlock in Washington (56%) and the high level of  national debt (46%).

LifeAnt launched a tool that calculates the money needed for life insurance coverage based on age, salary, and location. It adjusts for inflation and additional costs associated with death. For more information, visit http://www.lifeant.com/life-insurance-needs-calculator.

BenefitMall redesigned its informational site, HealthcareExchange.com. The site is focused on educating and supporting brokers, carrier partners, and business owners on the Affordable Care Act (ACA) and the insurance market. In addition to archived content, the redesigned site includes a comprehensive health care reform timeline with interactive resources and information detailing what health care reform will mean for the insurance industry and small businesses.

CoPatient, Inc. completed a $3.6 million round of Series A financing. The company offers a free medical bill review to help consumers reduce out-of-pocket expenses. Medical billing experts comb through bills looking for errors. CoPatient saves consumers an average of 40% when billing errors are identified. Employers and organizations such as AARP are partnering with CoPatient to help their members manage medical spending. “We are reducing friction and waste in the system for consumers, employers, and healthcare providers. Rather than sending consumers to collections, hospitals and doctors can resolve outstanding issues quickly and appropriately when consumers work with CoPatient,” said Katie Vahle, co-founder of CoPatient. For www.copatient.com.