Senate Majority Leader McConnell announced that the Senate tax bill will include language to repeal the Affordable Care Act’s individual mandate. Republican senators Tom Cotton, Ted Cruz and Rand Paul have all pushed hard to include this language. President Trump has also pushed for the provision to be part of the tax bill. McConnell told reporters that adding the repeal of the individual mandate should make it easier to muster 50 votes to pass the bill.

Public Relying Heavily on Health Insurance Brokers- Respond Professionally!
Kaiser Health News reports that because open enrollment marketing budgets have been slashed and the open enrollment time period is shorter, the American public is relying more heavily than ever on the help of professional health insurance brokers. The Department of Health and Human Services’s federal online marketplace – healthcare.gov – has even added the “Find Local Help” feature to its website. Consumers nationwide can enter their contact information in the “Help On Demand” feature — and get a call back from a licensed broker.  Kaiser Health’s Julie Appleby says, however, that some brokers may be reluctant to help due to “growing pressure on brokers — from smaller commissions to increased complexity of the health offerings.”  California Broker is calling on our readers to respond properly and professionally to the public need for health insurance. It’s show time (aka open enrollment) and the public needs your services.

Aflac Launches Duck Chat on Facebook Messenger
Aflac recently announced its latest innovation, DuckChatSM via Facebook Messenger. It’s a new 24/7 platform that will aid consumers in understanding questions that are often asked during benefits enrollment. Aflac says DuckChatSM plays a central role in its campaign to help consumers from feeling overwhelmed and deterred from enrolling in, or applying for, the types and amounts of insurance they may need. To learn more, search for the Aflac Duck on Facebook Messenger or visit Aflac online.

NAAFA Webcast – Nov. 16 (Thursday), 11am PT
Join Tom McLaren as he discusses the cross-media approach for optimized marketing. The annuity world is constantly shifting and impacting the effectiveness of traditional marketing approaches, which is why it’s essential that financial professionals learn new ways to help their clients. Registration now open.

LAAHU Holiday Party- Dec. 19, Tarzana (change of venue)
LAAHU, with support from Health Net, will host a holiday cocktail party at Chablis food +wine in Tarzana Dec 12 from 4:30pm-7:30pm. Cost of admission is an unwrapped toy or $15. Note the new location! Register here. 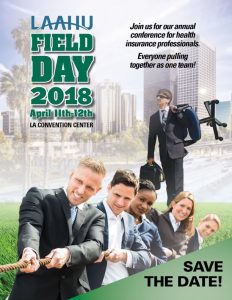 Also: Save the date!
LAAHU Annual Conference at
LA Convention Center will be
April 11th & 12th, 2018 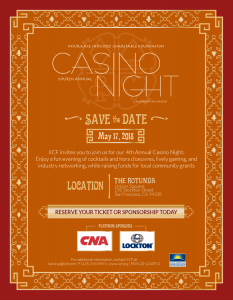